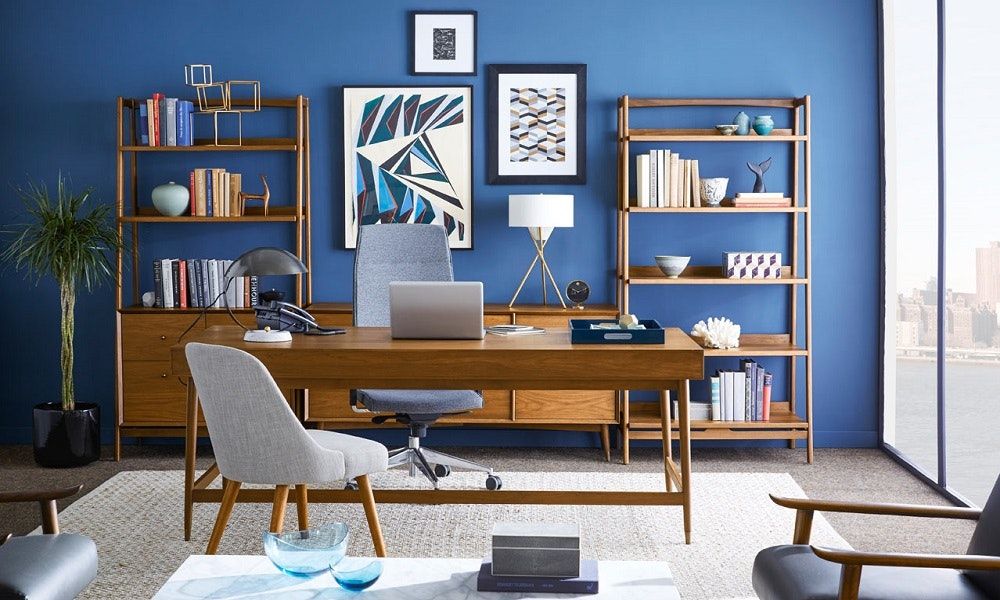 A home office is a great way to increase your productivity and reduce your travel cost if your job allows it of course. If you are working something that does not depend on a location, then you probably will be able to bring your work home and be able to take care of it in your home office. Whether you lived through it and loved it the first time around or have only fallen for it during its recent revival, Mid-century modern is a design trend that isn’t going anywhere. Retro drink carts, Knoll sofas and Eames lounge chairs have been creeping back into our homes ever since shows like Mad Men graced our screens.

THE RIGHT CHAIR FOR THE PERFECT MID CENTURY MODERN OFFICE

Picking out just the right chair to compliment the incredible desk in your office can be a tricky feat. There’s an undeniable flair to the mid-century modern days. A tangible energy that lines the stark vectors and muted colors of living and working spaces. It was definitely a time of change and awakening to new ideas and modern design. Sadly, in today’s world of plastic and gimmicky design, something has been lost when it comes to the soul and life of interiors. Most modern spaces have become sterile and lack the warmth of handcrafted furniture; everything seems mass produced and bland. Here is list of office chairs we’ve put together that could perfectly accompany your mid-century modern chair.

Chairs by Ettore Sottsass for Olivetti Synthesis, 1971, Set of 2.

CHOOSE THE RIGHT MID-CENTURY MODERN DESK FOR YOUR OFFICE

If you’re trying to strike a balance between modern and functional for your home office, you know what an agonizing challenge it can be, especially when it comes to choosing the right desk. Because lets face it, we want our desk to be useful and practical, but we want it to look great while doing it. To help you out, we’ve rounded up a collection of the best mid-century home office desks for your workspace. Here is list of office desks we’ve put together that could perfectly accompany your mid-century modern office.

When it comes to creating the retro home office of your dreams, storage is key. Once you’ve decided that mid-century modern cabinets and chests are the right match for your décor, you can begin comparing pieces. Consider what items you need to store and look for chests and cabinets that have the right combination of cabinet doors, open shelves, and drawers to meet your needs. Even if your work is largely paperless, the unavoidable creep of bills, post and archived documents needs to be pre-empted. Here is list of office storage units we’ve put together that could perfectly accompany your mid-century modern office.

Midcentury Italian Shelf or Room Divider by BR Italia, circa 1960

Modernist wall unit from 1959 by Erich Stratmann for Idee Möbel

A great desk lamp makes for an excellent investment piece for your mid-century home office. When choosing lighting, think simple but sculptural. In an otherwise minimalist interior the right light fixture can make a striking statement – the curved silhouette of an arc lamp or a bright anglepoise adds an instant Mid-century feel to a room without going overboard. Here is list of pieces we’ve put together that could perfectly accompany your mid-century modern office.

Kartell black table lamp for use in the office design studio of the 80’s mod. 41…

Meridiana Table Lamp From The 1980’s By Stefano Cevoli

SPICE THINGS UP WITH A NICE ACCESSORY

To complete your mid century modern home office you need a final touch of design with an accessory. For example a unique statue, vase or a piece of timeless wall decoration. Here is list of decoration pieces we’ve put together that could perfectly accompany your mid-century modern office.

Colorfull glass vase soliflore in the style of Delatte