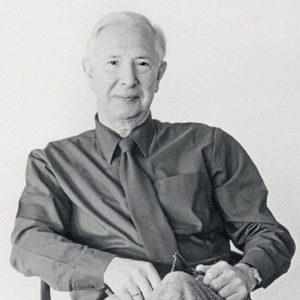 Son of a shoe-maker in southern Jutland, Hans Wegner, finished his formal training as a cabinetmaker with master cabinetmaker Stahlberg in 1930 before starting at Teknologisk Institut in Copenhagen.
He soon moved to the School of Arts and Crafts in the Danish capital where he became an architect in 1938 and started teaching in 1946.

In 1940 he joined Arne Jacobsen and Erik Møller in Arhus, to design the furniture for the new Arhus city hall. He started to work with ‘minister’ cabinetmaker Johannes Hansen in 1940 and showed his first furniture in the famous Hansen store on Bredgade 65 in 1941. Johannes Hansen was more than twice as old as the 26-year-old Wegner but the unique collaboration between the two became the undisputed backbone of Danish furniture design and the main reason for its worldwide recognition in the fifties and sixties.

The Copenhagen Museum of Art and Industry acquired the first Wegner chair in 1942.
In 1943 he started his own design office in Gentofte. A year later he designed for Johannes Hansen the first of a long series of ‘Chinese’ chairs. A series of at least nine chairs inspired by portraits of Danish merchants sitting in Ming chairs. Although most of them were designed for Fritz Hansen Eftf. the one designed in 1950 and produced by Carl Hansen & Søn in Odense became the most successful of all Wegner chairs.
The most well known is the one used by Kennedy and Nixon in their famous CBS TV debate of 1960. The friendship between Hans J. Wegner and another pillar under the Danish furniture legend: Børge Mogensen, produced a child’s chair and table that was still in production when the child it was designed for, Børge’s son, was over 50 years old. Almost as sculptural as Finn Juhl’s chairs, and as flawlessly proportioned as Børge Mogensen’s Hans J. Wegner is the most innovative and prolific of all Danish furniture designers.

He received almost all major honors given to designers, from the Lunning prize in 1951 and the Grand Prix of the Milan Triennale in the same year to the Prince Eugen medal in Sweden and the Danish Eckersberg medal.
In 1959 he was made honorary Royal designer for industry by the Royal Society of Arts in London.
His furniture is part of all major design museum collections in the world: The Museum of Modern Art in N.Y., Die Neue Sammlung in Munich and twenty other Museums. 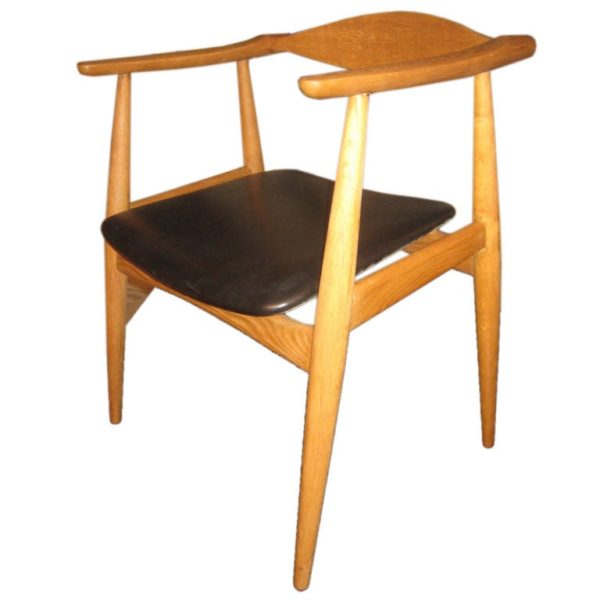 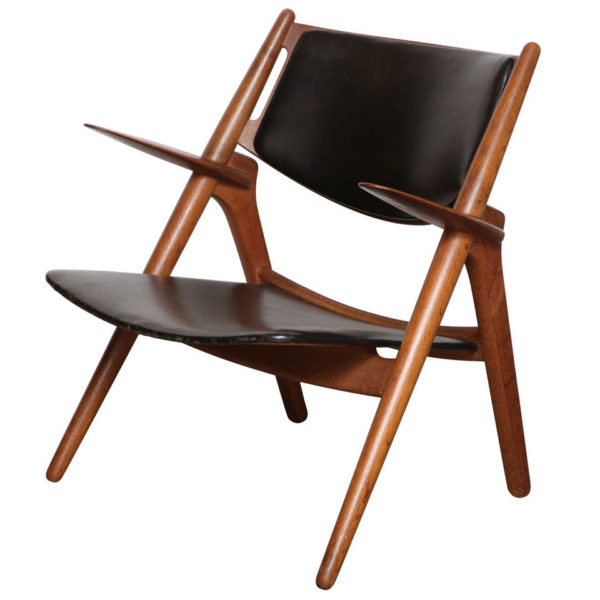 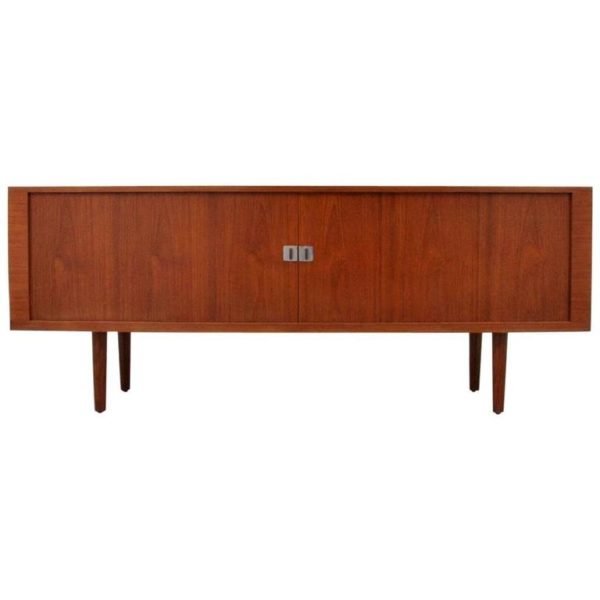 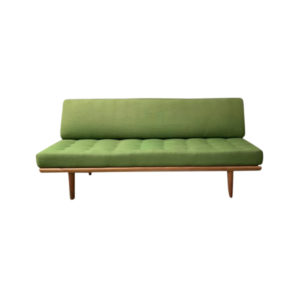 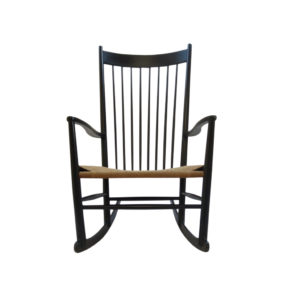 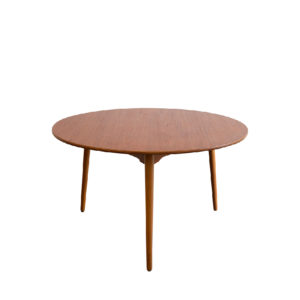 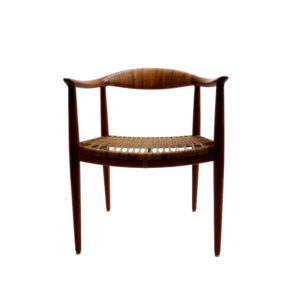 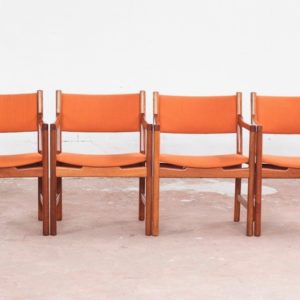 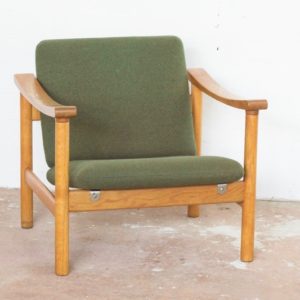 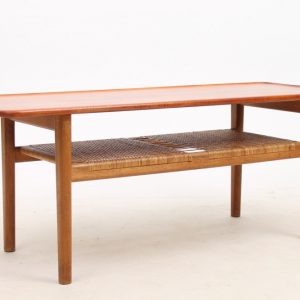 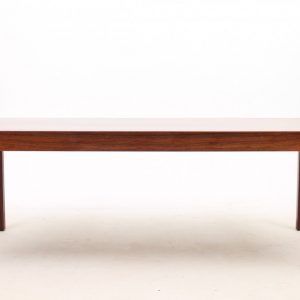 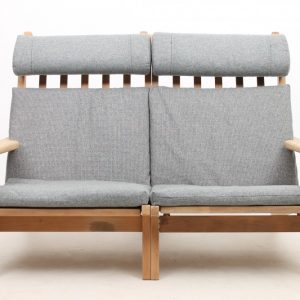 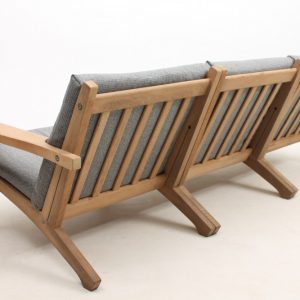 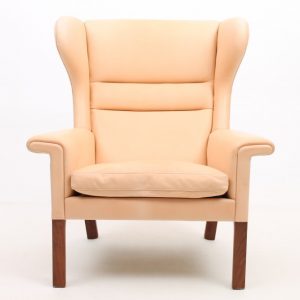 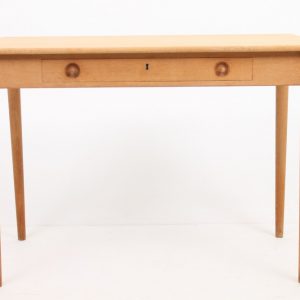 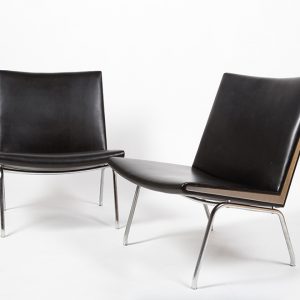 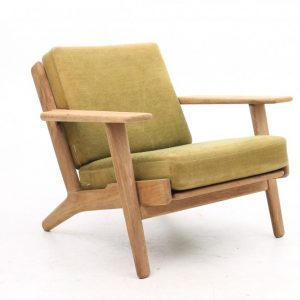 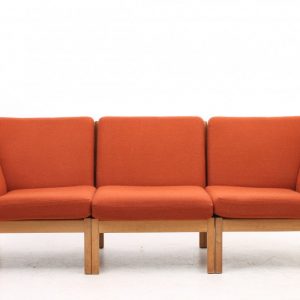 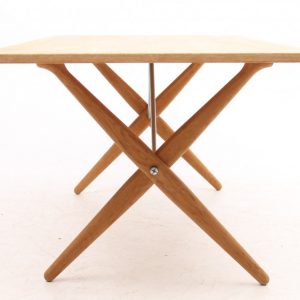 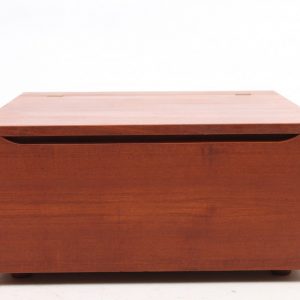 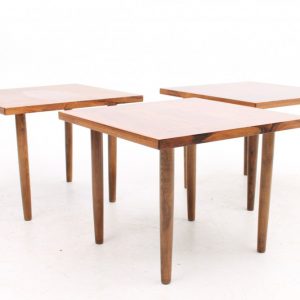 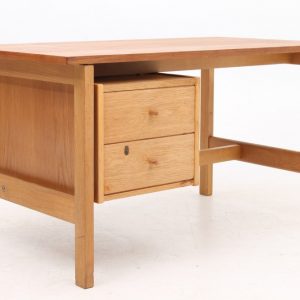 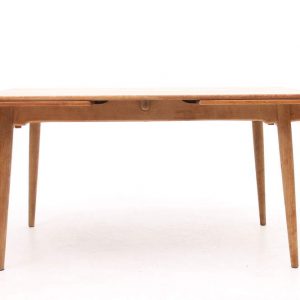 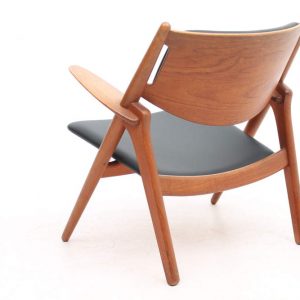 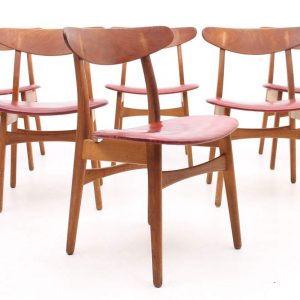 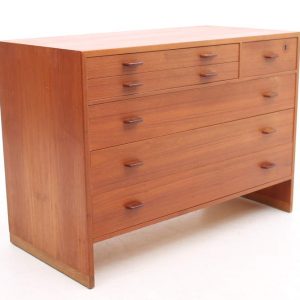 Drawer in teak by... 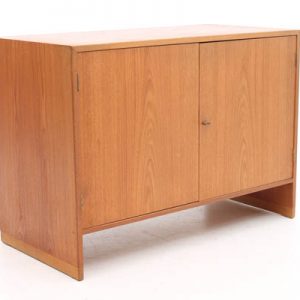 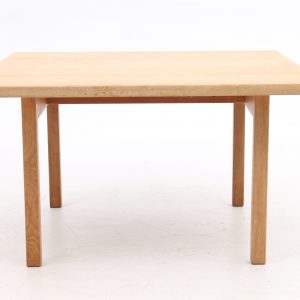 Coffee or sidetable in...