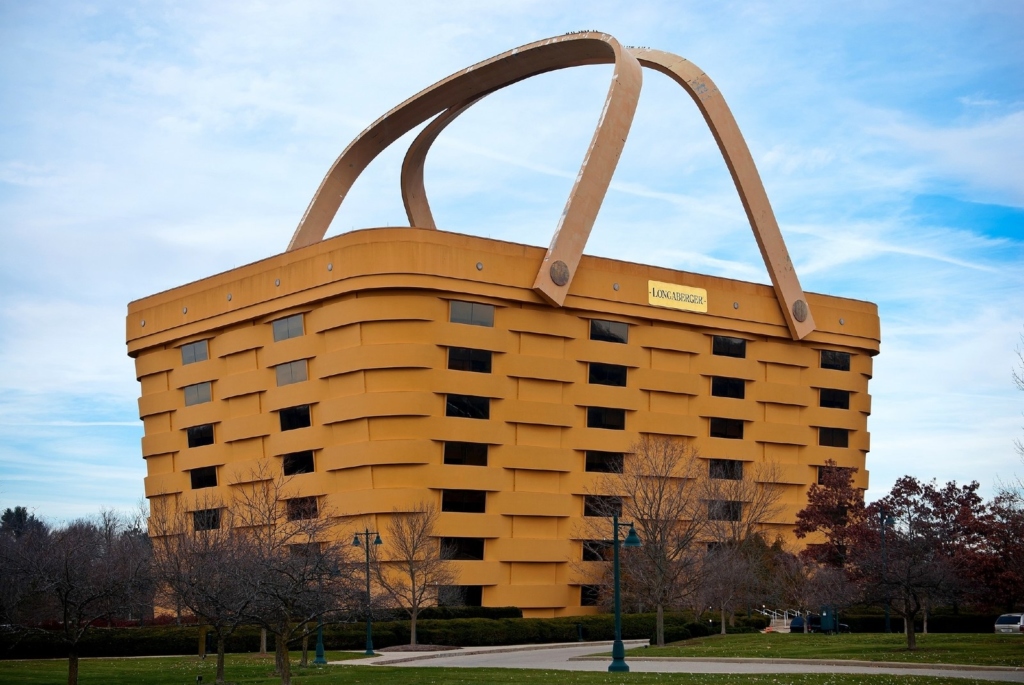 Architecture fans know that one of the best parts of traveling is seeing the world’s most incredible buildings up close and personal. Whether you’re in search of historic structures or the latest cutting-edge designs, Lonely Planet’s new book Amazing Architecture: A Spotter’s Guide has something for every traveler. The volume showcases 120 architectural wonders across the globe, from iconic buildings—such as the Eiffel Tower and Chrysler Building—to lesser-known structures, including Portugal’s Arquipélago Contemporary Arts Centre and Hang Nga Guesthouse. Alongside the ancient sites, and masterpieces by top architects such as Zaha Hadid and Oscar Niemeyer, are quirky spots, including the egg-topped Dalí Theatre-Museum and a building in Ohio that looks like a wooden basket. Whether you’re a world traveler or planning your first trip, these are the buildings you won’t want to miss.

The Masjed-e-Shah, or Shah Mosque, is considered one of the Islamic world’s most spectacular buildings. Located in Esfahan, Iran, the mosque is decorated with seven-color mosaic tiles and calligraphic inscriptions.

Built between 1724 and 1730 by Maharajah Jai Singh II, the Jantar Mantar Observatory is a complex of five astronomical parks in northern India. One observatory in Jaipur, shown here, includes 19 astronomical instruments.

The city in Thailand was a trading hub from the 14th to 18th centuries, but was destroyed by the Burmese in the 18th century and abandoned. Monasteries, reliquary towers, and murals still remain at the site.

Late architect Oscar Niemeyer designed the Niterói Contemporary Art Museum in 1996, at the age of 89. The UFO-like museum is perched over Guanabara Bay in Brazil and features a 322-foot long winding red ramp.

Better known as the Bird’s Nest, the Beijing National Stadium was designed by Herzog & de Meuron, China Architectural Design & Research Group, and Ai Weiwei for the 2008 Summer Olympic Games. Chinese ceramics served as the inspiration for the eye-catching venue.

Built for the World Exposition of 1967, Moshe Safdie’s cubic housing complex in Montreal served as the Canadian pavilion for the event. The homes, which overlook the river, are still in use.

One of six Messner Mountain Museums (MMM) around the world, the MMM Corones was designed by the late Zaha Hadid. The spectacular structure in South Tyrol, Italy, is built into the landscape with a cantilevered platform overlooking the Italian Alps.

The Kunsthaus Graz, or Graz Art Museum, was designed by Peter Cook and Colin Fournier and completed in 2003. The bubblelike building sits within the traditional town and is referred to as the “friendly alien” by the locals.

Completed in 1997, the Big Basket was designed by NBBJ as the Newark, Ohio, offices of the Longaberger Company, which was known for its woven wood baskets.

Piet Blom devised 38 yellow Cube Houses, or Kubus Woningan, to sit atop the Blaak train station in Rotterdam. The kaleidoscopic designs feature dramatic interior spaces with views of the city.

The Hang Nga guesthouse, also known as Crazy House, was built in 1990 in Đà Lạt, Vietnam. The audacious home features themed guest rooms and organic decorations that give the space an otherworldly feel.

Santiago Calatrava’s Turning Torso puts a literal twist on the traditional skyscraper. The 650-foot residential building in Malmö, Sweden, is the tallest building in Scandinavia and was part of the revitalization of the city’s waterfront.

While it may look ancient, Casa Terracotta in Villa de Leyva, Colombia, was actually completed in 2012. Environmental activist Octavio Mendoza Morales used clay and recycled items for the home, which he built by hand.

For a mall in in the seaside town of Sopot, Poland, architects Szotyńscy & Zaleski took inspiration from the illustrations of Jan Marcin Szancer to create a whimsical and distorted building called Krzywy Domek, or the Crooked House.

Architecture firm Harrison & Abramovitz designed the performing arts venue in Albany as part of the Empire State Plaza. Named for its ovoid shape, the Egg contains two theaters and was the subject of a song by They Might Be Giants.