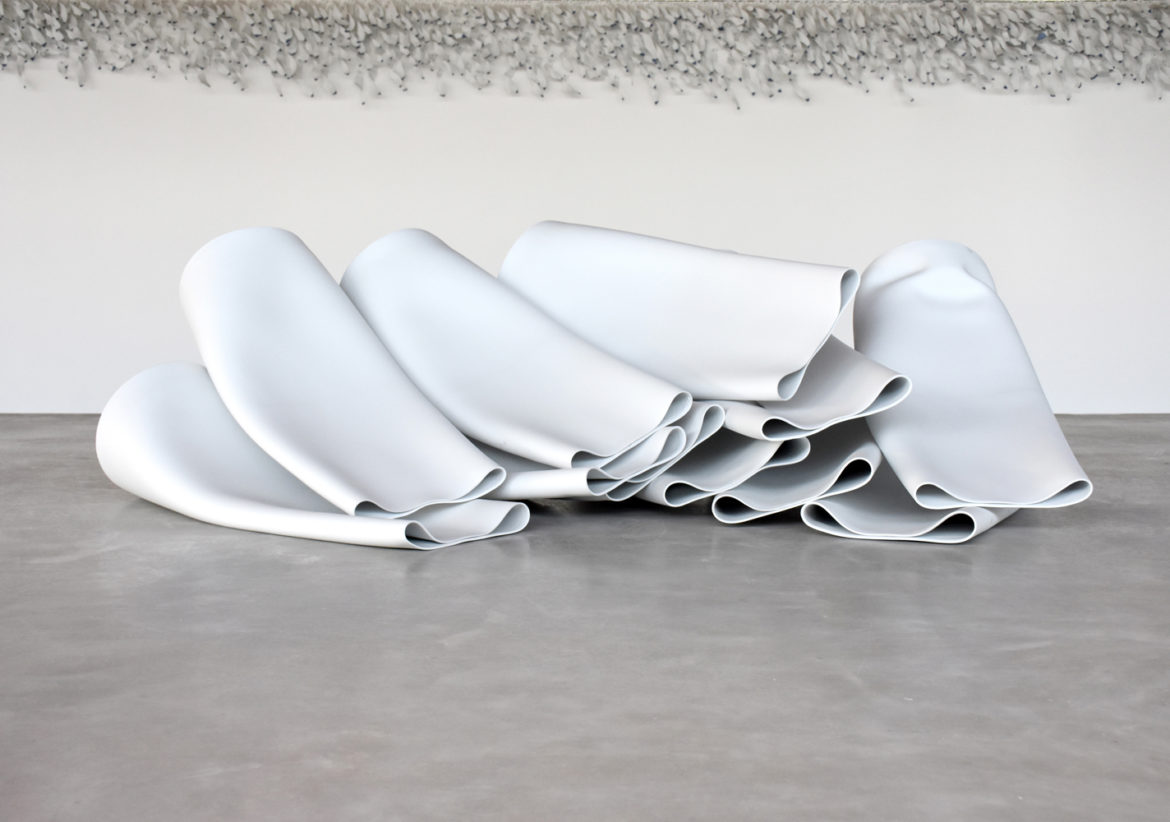 The porcelain art from Studio Pieter Stockmans results from a combination of traditional craft production and a contemporary, experimental approach. The designer is constantly stretching the limits of porcelain. The studio on the C-Mine mine site in Genk is the specialist in Belgium offering designs in hard porcelain. Studio Pieter Stockmans has focused on limited, unique collections since 1987. Its better-known pieces include the trophy for the Memorial Vandamme and the plates for the royal wedding in Monaco. The studio is highly regarded by leading international chefs including Alain Ducasse and Lanshu Chen. Pieter passes on his fifty years of expertise and the love of the material to his daughter Widukind, who has seen to the day-to-day running of the studio since 2007, and his son-in-law Frank Claesen, who creates new designs. Together with a team of six they pursue the special tradition of handcrafted hard porcelain in their workshop. It takes a lot of time and patience to make a Pieter Stockmans product. Porcelain cannot be moulded; on the contrary, it moulds those who make it. Each step in the process contributes to the unique final result. Hard porcelain is fired at 1400°C. This yields a product that is snowy white and sintered to full density. You can use it and clean it unglazed. It is resistant to just about every cleaning product and abrasive and is suitable for microwave ovens and dishwashers. Pieter Stockmans creates handcrafted crockery that is brought to the table as a gift and is passed on for generations. The designs are sober and discrete. Because a plate should be a stage that focuses all the attention on the creative composition of the dish.Born in Leopoldsburg. Stockmans studied sculpture and ceramics in Hasselt and in Selb in Germany. After graduation he settled in Genk. From 1966 to 1989 Stockmans was industrial designer in porcelain factory Royal Mosa in Maastricht. In those years he was the chief designer, who designed over 70% of all the companies products. Most successful was his design for the coffee cup “Sonja,” of which over 40 million were sold. Between 1969 and 1998 Stockman also taught industrial design at the Department of product design at the Municipal Institute of Visual Comm and Design, later Media & Design Academy in Genk, and from 1983 to 1985 teacher ceramic design at the Design Academy Eindhoven. Since 1989 he has been a freelance designer. Since 2010 Stockmans lives on the C-Mine site, a former coal-mine complex near to Winterslag in Genk. In autumn 2010 at the Design Museum in Ghent there was to see a retrospective of his work.