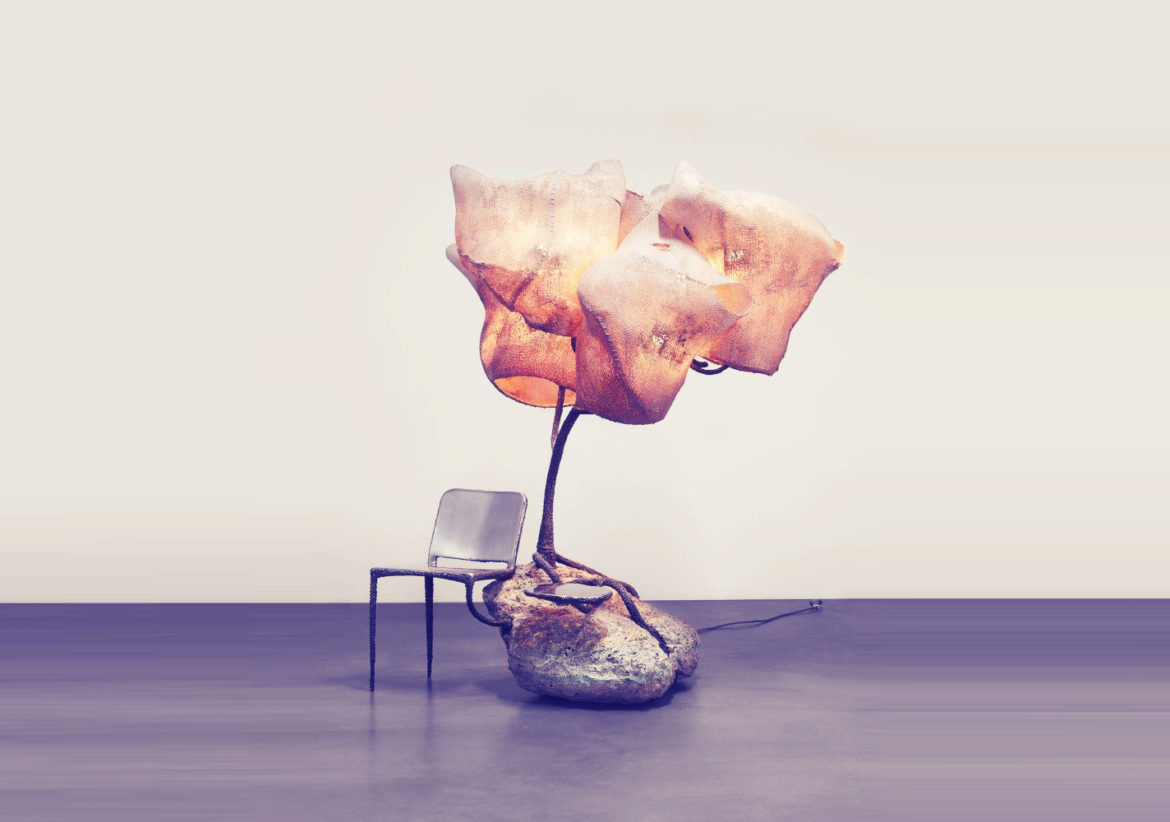 With the excuse of a solo exhibition in Paris at Carpenters workshop Gallery,Nacho develop further the series of “Light mesh” collection For this occasion he wanted to recreate a Forest of lamps where to walk and get inspired by colour, shapes, and textures… He create 9 magnificent tree lamps, 3 wall lamps imitating climbing plants, 2 medium size table lamps like bushes , 1chandelier, 3 table-lamps… a total of 18 new pieces to recreate his fantasy and imaginative “Forest”Nacho Carbonell was born in Valencia, Spain in 1980 and graduated in 2003 at the Spanish university Cardenal Herrera C.E.U. and the 27 of January 2007 at the Design Academy Eindhoven, with the projects “Dream of sand” and “Pump it up”, and was honoured with Cum Laude. Once graduated he created collections such as Evolution in 2009, which won him nominations to the design of the year by the London Design Museum, and which marked his ongoing collaboration with Galleria Rossana Orlandi. In 2010, a year after being named Designer of the Future by DesignMiami fair organisors, This identity, which defines his actual style of organic forms and rough and colourful finishing textures, is bringing him into an international scene of private collections and museums, such as the Groningen Museum in The Netherlands, and the 2121 Museum in Japan, all attracted by the uniqueness of materials and techniques applied in his works. Nacho currently works with his team in Eindhoven, The Netherlands, were he has established his studio.This is what Nacho Carbonell wrote about his work: “I like to see objects as living organisms, imagining them coming alive and being able to surprise you with their behaviour. I want to create objects with my hands, then I can give them my personality. I turn them into communicative objects that can arouse one’s sensations and imagination. In short, what I want to create are objects with a fictional or fantasy element, that allow you to escape everyday life.”