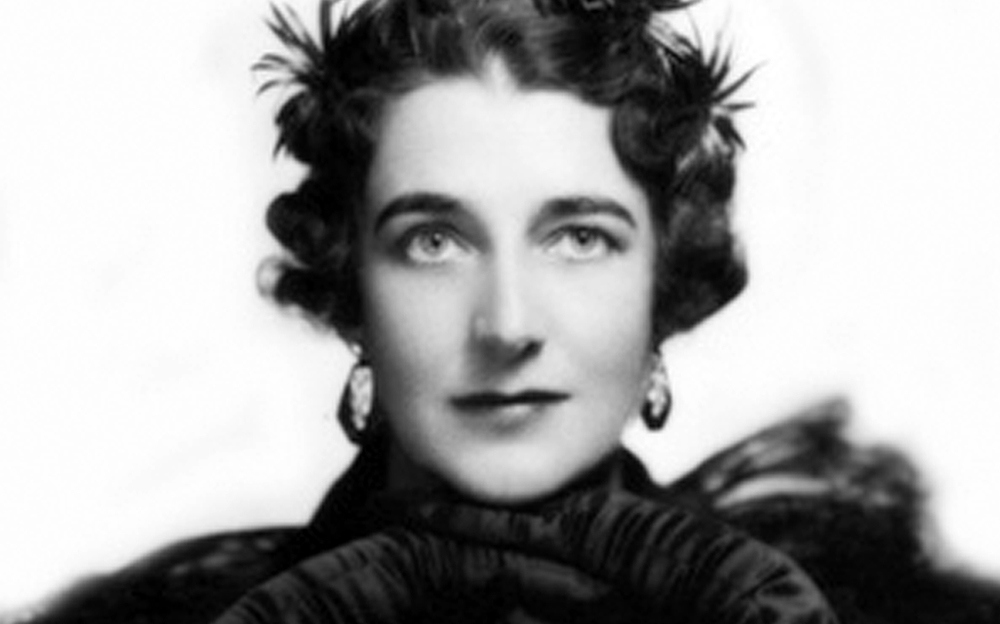 “Dorothy Draper was to decorating, what Chanel was to fashion. The woman was a genius; there’d be no professional decorating business without her.”

Dorothy Draper was born to a wealthy and privileged family in 1889, in one of the most exclusive communities in American history, Tuxedo Park. She was the first to “professionalize” the interior design industry by establishing, in 1923, the first interior design company in the United States, Dorothy Draper & Company, something that until then was unheard of, and also at a time when it was considered daring for a woman to go into business for herself.

As Carleton Varney writes in the biography of his mentor, The Draper Touch, she revolutionized the concept of “design” by breaking away from the historical “period room” styles that dominated the work of her predecessors and contemporaries. As an artist she was a modern, one of the first decorators of the breed, and a pioneer. She invented “Modern Baroque”, a style that had particular application to large public spaces and modern architecture.

She craved public space, the canvas on which she did her most inspired work (e.g. the restaurant at the Metropolitan Museum of Art, New York, nicknamed “The Dorotheum”).

To Dorothy, public space represented a place for people to come and feel elevated in the presence of great beauty, where the senses could look and feel and absorb the meaning of a quality life. She used vibrant, “splashy” colors in never-before-seen combinations, such as aubergine and pink with a “splash” of chartreuse and a touch of turquoise blue, or, one of her favorite combinations – “dull” white and “shiny” black. Her signature “cabbage rose” chintz, paired with bold stripes; her elaborate and ornate plaster designs and moldings – over doors, on walls and ceilings; her black and white checkered floors (The Quitandinah Palace & Casino Resort, Petropolis, Brazil); her massive, paneled, lacquered doors (Arrowhead Springs Hotel, California), some framed with bolection (Hampshire House, New York) or with elaborate plaster or intricate mirror frames (Camellia House, Drake Hotel, Chicago) – all contributed to dramatic design often referred to as “the Draper touch”.

Her confidence, as much as her taste, gave her the ability to take control of a hotel project in all aspects of design – right down to the designs for menus, matchbook covers and the staff uniforms. Her dictum was “if it looks right, it is right”.

In her day, Dorothy was the prima donna of the decorating business – her name was synonymous with decorating. She gave decorating advice in her regular column for Good Housekeeping Magazine, designed fabric lines for Schumacher, furniture for Ficks Reed, Heritage and, other than her hotel and restaurant decors, she also designed theaters, department stores, commercial establishments, private corporate offices, the interiors of jet planes (Convair & TWA) , automobiles (she did a “line” for Packard and Chrysler in the 1950’s – including a pink polka dot truck!) – even packaging for the cosmetics firm of Dorothy Gray – on top of her residential designs for the houses and apartments of prominent and very wealthy society figures.

She also designed her very own exclusive fabrics for her clients – such as her Romance & Rhododendrons and Fudge Apron which she used at the Greenbrier. Much of her work survives to this day, in the lobbies of apartment buildings, hotels (The Carlyle in New York and Hampshire House until recently) and of course, the legendary Greenbrier in White Sulphur Springs, West Virginia, specifically in The Victorian Writing Room – once called the most photographed room in the United States).

In 2006, Dorothy Draper was honored in a retrospective exhibition of her work entitled “The High Style of Dorothy Draper” by the Museum of the City of New York – the first time that such an honor was given to an interior designer. It was enormously successful, and it is estimated that more than 300,000 people attended over a period of six months. The exhibition continued to the Women’s Museum, Dallas, Texas. In 2008, the Museum of Art in Fort Lauderdale, Florida, exhibited ‘In The Pink; Dorothy Draper, America’s most Fabulous Decorator’.

One thought on “Dorothy Draper, a Pioneer in Interior Design”