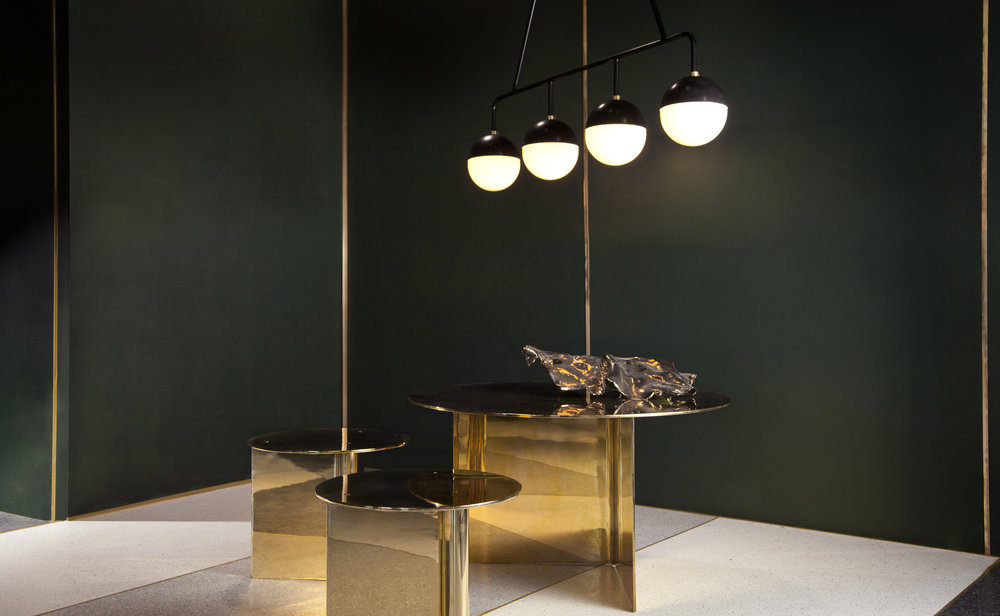 Atelier de Troupe is a creative studio founded in 2011 by former film-set designer Gabriel Abraham, based in Los Angeles, California he has outlined the imaginary décor of the 20th century, creating unique lamps and furniture. Atelier de Troupe has a limited collection series which are realized from concept to completion by their in-house design team and craftsmen to the highest level and finish. Working beside the interior trade and collaborating with design professionals, they can also create a range of custom services and products, providing the resources for a one of a kind piece of furniture. They conceive enchanting timeless modern antiques by diving into the grammar of Bauhaus, 60s Italian cinema or French decorative spirit.

Gabriel Abraham wasn’t always an incredible furniture designer he was first a film-set designer surrounded by the cinematic world. Born in Lausanne, Switzerland he grew up in Aix-en-Provence to a French mother and Italian father. He relished his childhood summers spent on the Italian Riviera accompanying his physician father, a cruise ship doctor. This propelled him at 18 to film school in London and then to embark on a path to a film career, ultimately moving to Los Angeles in 1995. He met Tarantino and got him his first job on the set of Snake Eyes, Abel Ferrara’s first Hollywood film. Abraham’s career in film and advertising was flourishing and he had countless commercial and indie projects, art directing films such as Amat Escalante’s Los Bastardos and a hit at Cannes in 2008. When he moved into the Bubeshko Apartments designed by Rudolph Schindler, he began making lamps to furnish its somewhat modernist interior. Liking what he created he decided to start a blog and named it ‘Atelier’, writing about his inspirations. Things took a turn of events when Commune Design spotted the lamps he was making. In 2010, Commune awarded the job of manufacturing all the decorative lights for the ACE Hotel Downtown LA to Atelier de Troupe, Abraham’s newly named business. He added the ‘de Troupe’ because of his teenage memories. Being fascinated by the incredible stories of the retired soldiers of the Foreign Legion at a local veteran home in the south of France. Thus the birth of Atelier de Troupe in 2011.

Atelier de Troupe is known for lighting grand and luxurious places such as the Eighth & Grand Luxury Apartments in Los Angeles, CA and so much more. In 2013 Atelier de Troupe did the American Trade Hotel. Panama City, Panama. In 2014 at their former space in Atwater Village they featured lights made by the artists Matt Paweski, Michael Rey and Jason Meadows; and new collaborations with UK-based furniture designer Dean Edmonds. In 2015 Atelier de Troupe participated in the lighting of some bedrooms for the Ministry of Chic: Hôtel du Ministère in Paris. In that same year, they did the Verve Coffee in West Hollywood, California. They also did two Cafe Gratitudes, one in Downtown Los Angeles and one in Beverly Hills, CA.

In 2016 there was a surge of “anti-design”, Abraham and Ji Shin another designer at Atelier de Troupe took it upon themselves to have a new 4,500 sq ft showroom and studio in LA’s industrial West Adams neighborhood, which is arranged as though for exhibition with evocative vignettes that reference installation art, the incredible trend-resistance had a strong effect. They were grandly inspired by Martin Margiela (Belgian fashion designer, and the founder of French fashion house Maison Margiela) because they didn’t want to be represented as yet another designer hipster couple, but more as a blurry design concept entity that keeps you guessing. In 2017 Commune Design did yet again collaborate with Atelier de Troupe for the Ace Hotel in Chicago, Illinois. They were also presented at the biannual design fair Parachute Market in the Arts District neighborhood of Downtown, Los Angeles where there was a selection of Los Angeles’ most respected vintage collectors showcasing alongside contemporary designers. They featured their Miro pendant lights and Totem table lamps from their new collection sold at The Apartment by The Line. In May 2018  at a furniture show in New York, NY they proudly unveiled “Alice” a beautiful luminaire in its candlestick and lamppost versions. It was thought as a tribute to modular brutalist architecture. Atelier de Troupe were present at this year’s Milan Design Week they imagined a new collection inspired by the neo-black atmosphere of Hollywood in the 1970s. Elegant tubular structures and materials were presented for an L.A Noir cinematic and captivating scenography. When great minds come together, look at what can be created.

For more be sure to check out their website in the link below. 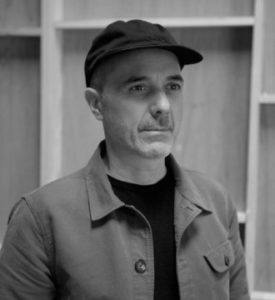