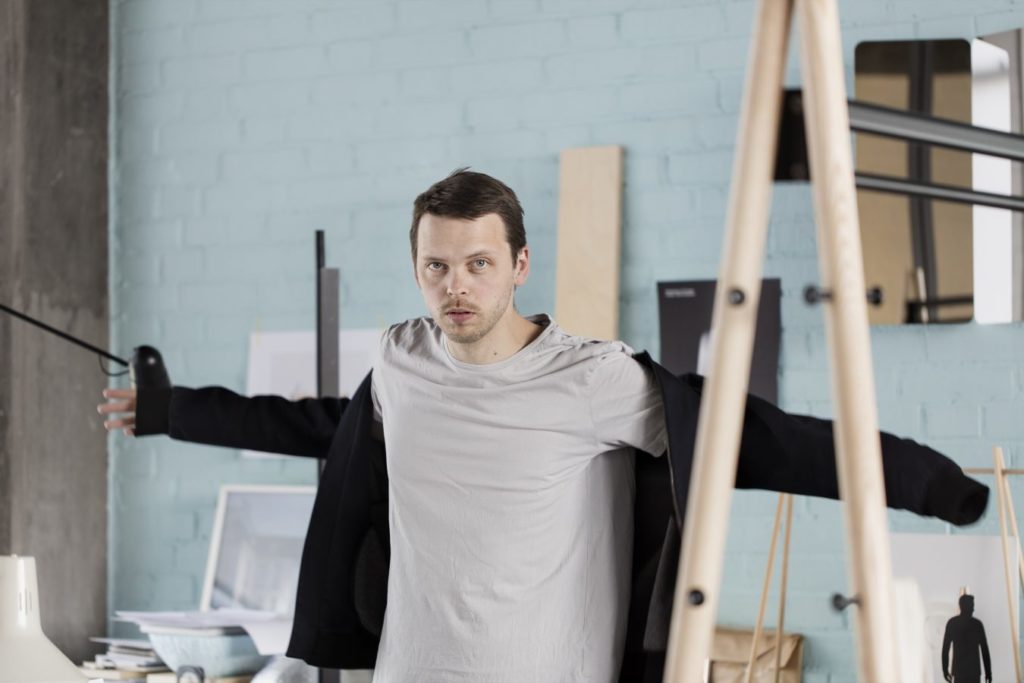 Daniel Rybakken (born 1984) is a Norwegian designer, who lives in Gothenburg, Sweden. He studied design at the Oslo School of Architecture and the School of Arts & Crafts in Gothenburg. Both his parents were designers—his mother in fashion and his father in graphic design. His work is quite graphical. As a child, He always wanted to be an inventor, but he had all these things from his parents: interest in the aesthetic, composition, and what design communicates, what with his father working with identities for big companies. In 2008 Rybakken started his own practices in Oslo and Gothenburg. Applying himself to the study and replication of natural daylight, Rybakken creates poetic products and installations whose subtlety contradicts the rigorous approach to technology and engineering that goes into their making. He has received numerous awards, including Red Dot Award (2007), Bruno Mathsson Award (2011), Compasso d’Oro (2014 and 2016) and Wallpaper* Design Award (2017).

Rybakken in 2017 for the Stockholm design week, collaborated with finish furniture company Artek in a new collection comprised of mirrors and a range of storage and seating. The pieces address the question of what it means to be a contemporary Artek product and how to be part of the brand’s ‘domestic helpers’ — a long-established compilation of furniture objects that support and work in concert with the main events of any interior. Marianne Goebel, Artek managing director has said that the resulting set shares Artek’s fundamental interest in bringing together the realms of art and technology. He also designed the ‘Kiila’ range it’s a family of useful and versatile small furniture objects designed with hallways and entrances in mind, aiding organization and tidiness. Made of a coat stand, a coat rack, a podium, and a bench, the ’Kiila’ system includes a unique wedge-shaped joint made from the powder-coated metal onto which solid wooden legs are fitted. This detail has given the name to the whole range as Kiila translates as ‘wedge’ in Finnish.

One of his designs is the “Vitrine” a transparent OLED TV that he did with Panasonic Design for Panasonic it premiered during Salone del Mobile 2019 at Vitra. For the past two years, Panasonic has collaborated with the internationally renowned furniture company Vitra and the Scandinavian designer Daniel Rybakken – sharing ideas and insights on how to deploy new technologies in order to build inspirational environments. As a result, at this year’s Salone del Mobile, we present the transparent OLED design concept ‘Vitrine’. Designed by Daniel Rybakken and Panasonic Design Kyoto and named after the glass showcase typology, Vitrine is a part of glass presented in a wooden frame that can transform from something ambient to something vivid, from something meant to be seen into something that is meant to be watched. It blends naturally into any contemporary living space. The moment the device is switched on, it transforms into a vivid OLED TV. The design sources materials of wood, metal, and glass with no physical front or back, allowing it to be placed freely and seamlessly in any space.

“As a screen, it no longer dictates its placement nor its role in the living space. The dominating large black surface is instead transformed into something that can highlight what’s behind, what’s displayed or nothing at all.” Daniel Rybakken Presented at Vitra at Salone del Mobile in Milan.

He was featured in ELLE Decor Italia in March. 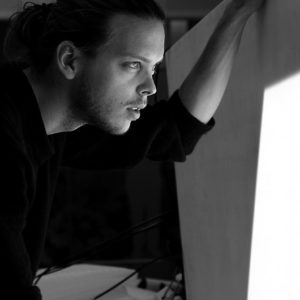