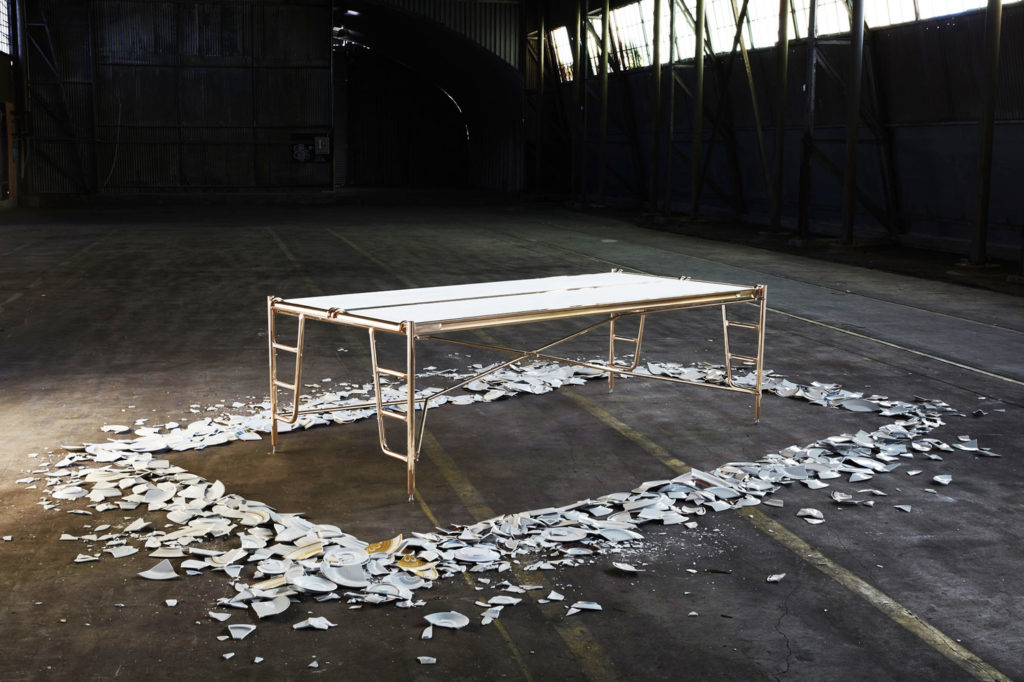 Hovering between conceptual art and functional design, Los Angeles-based artist Eddy Sykes creates unique and unexpected objects. Playful and exacting, his work makes expert use of a startling array of materials and fabrication techniques. Trained as an architect with an emphasis in engineering, he has had numerous public and private art commissions as well as solo exhibitions. He has also collaborated with award-winning architects Diller Scofidio + Renfro, designing automated kinetic architecture.

Eddy studio was founded in the early 2000s by artist Eddy Sykes, it is a one-man design practice hopping between Los Angeles and Mexico City. The extremely limited output is the hallmark of his studio as all pieces are made one at a time from start to finish by him. His so-called ‘Vaudeville/Skunkworks’ aesthetic is a unique mix of influences thanks to Eddy’s childhood working in a small family run circus founded by his father in the late ’60s combined with his early professional work designing for nuclear and military industries. Eddy masqueraded as an architect/engineer for a while and gradually built up a small following of clientele. Fans of his unique design approach included carny geeks, bikers, Dotcom moguls and Hollywood types.

His unique product Scaffold is made entirely of bronze and marble, it is simultaneously an homage to the unsung hero of sculptural and architectural infrastructure and a satirical take on luxury dining. True to the original engineering intent of traditional scaffold systems, the table’s marble platforms and solid bronze rails provide compression and tension to the frame.

His work is truly his world, and as such, he believes that there is a premium placed on what you should spend your time doing, and therefore he does what he loves. “Keep an eye on Eddy Sykes, who could well be his generation’s answer to Buckminster Fuller.” – The New York Times.

For more information about this extremely talented designer please take a look at his website: 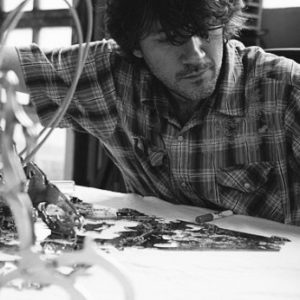