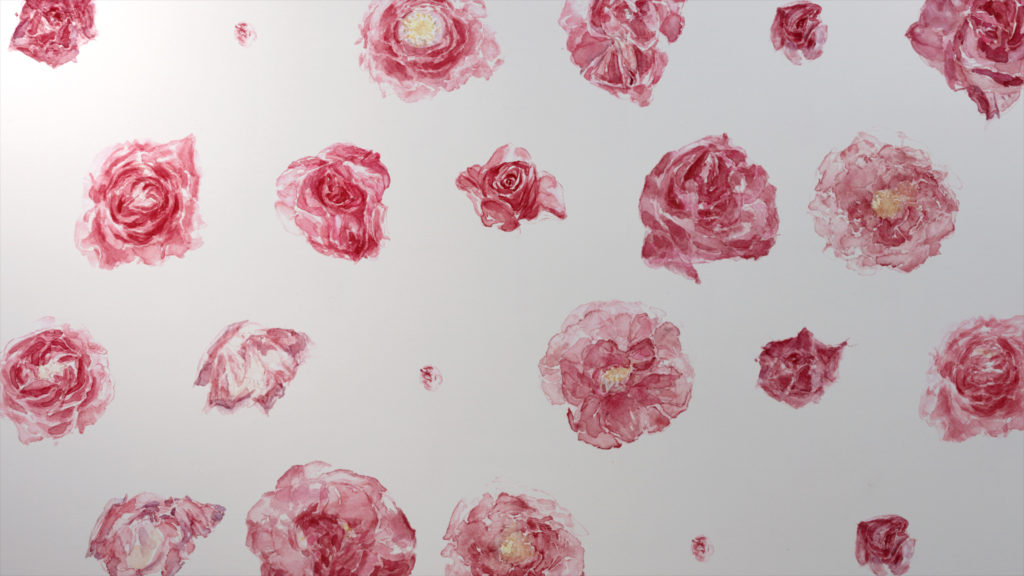 Since the end of the 17th century, the French language has used the term still life to designate the field of painting, which treats nature in a sensual way and explicitly alludes to its fragility, its ephemeral nature and indirectly to the vanity of human intervention on the elements that compose it.
Over time, the notion has extended to any inanimate assemblage organized in a certain way with a symbolic intention and supposed to evoke a poetic emotion. In our time, called “anthropocene”, man’s untimely action contributes to the impermanence of nature, even to its annihilation. In this dark perspective, the terms still life take on their full meaning.

However, nature has a tremendous regenerative power. The work of many creative minds questions, stimulates or promotes the mechanisms that nature uses to ensure its liveliness, reproduction and sustainability. In reality, each state of matter is only a snapshot of a long and slow evolutionary process of transformation, aggregation, assimilation, decomposition… Nature is alive and well!
In this exhibition proposed by the CID – centre of innovation and design, designers, architects and artists testify to intense, concrete or experimental research that questions the relationship between man and nature by bringing together ecology, science, moral awareness and artistic creation. Nature morte/Nature reveals how the ambiguous relationship that man has with nature can be both perverse and inspiring.

We have entered a new era, called the anthropocene, characterized by an ever deeper human footprint on nature. It leads to an unprecedented ecological crisis, which challenges man’s relationship with his environment and reveals the catastrophic deadlock of consumerism.
However, consciences are awakening to invent another relationship between man and plant life, hitherto relegated to the background in the hierarchy of human priorities. According to anthropologist Natasha Myers, we are currently witnessing a “diversion of the attention of philosophers, anthropologists and science popularizers to the fascinating life of plants”.
Some artists have made this interest in the plant world the subject of their practice for several decades. As early as 1982, the German Joseph Beuys was a pioneer in presenting a project entitled 7000 oaks at Documenta 7 in Cassel. Urban forestry instead of urban administration. With the help of an army of volunteers, he planted and spread 7,000 trees throughout the city. Nearly 40 years later, the work survived its creator and continued to evolve, with the life span of the oak greatly exceeding that of man.

Works that integrate living organisms are dependent on their development and involve a kind of loss of control, as the results are unpredictable. They contribute to establishing physical contact with the spectator, deepening his knowledge of the biological processes specific to these organisms and freeing him from unwelcome anthropocentrism. Some botanical experts, such as Stefano Mancuso, no longer refrain from mentioning the “sensitive intelligence” of plants nowadays.

In a similar vein, the Austrian artist Lois Weinberger, represented in the exhibition, metaphorically emphasizes the political role of plants by using weeds, their growth and proliferation power, to evoke human communities and migration phenomena, which are of burning relevance.
Another artist in the exhibition, Michel Blazy has been interested in everything that lives since the beginning. He uses the most varied materials for his sculptures: plants, dog biscuits, hydrophilic cotton, toilet paper… to experience life as a model of growth and development, as a system in perpetual renewal, whose evolution is experienced in real time. For example, a rotting element (an orange peel)
for example) will never be the same, from one moment to another or from one spectator to another, the living – in this case micro-organisms, bacteria or fungi – having meanwhile accomplished its incessant work of transformation. The living thus develops a random form that is not preconfigured by the artist, who even claims that it is not mastered in order, he says, to “let the material do, let the living do, let time do”.

Until recently, artists, designers and architects were used to working with inert, non-living materials. Today, they have new biological products, which technology has made easily, if not infinitely, reproducible. Provided they control the stages of their development, they now have new materials at their disposal. Among these, the mycelium (the vegetative system of fungi) is still far from having revealed its full potential.
In the digital age, the transformation of life is slowly but surely creeping into the realms of creation. There are many possible approaches to what is now called biodesign. Collaborating with living organisms such as yeasts, bacteria or mycelium inevitably leads to a more ecological and responsible design of our future societies.
Until now, it has been reserved for the fields of medicine or biology, and the exploration of invisible forms and hidden processes of life has aroused the interest of artists. It is now possible to print living tissues in 3D from stem cells and create simulacra of living objects.
A new territory divided between art, innovation and science, biotechnology is now being used as a medium for the creation, or rather co-creation, of original artifacts.

The exhibition also speaks of Still Life, which implies the presence of inanimate elements organized in a certain way, with a symbolic intention and to provoke a poetic emotion.
In tradition, still life is often synonymous with vanity, supposed to remind us of the derisory aspect of human gesticulations, the ephemeral nature of our passage on earth and the ineluctability
of the death. Flowers and fruits are omnipresent, carrying symbolic meanings and biblical references: the apple refers to Adam, the carnation to the incarnation of Christ… and other categories of objects evoke, in turn, the corruption of all matter (damaged fruits), the flight of time (the clock), the fragility of life (faded flowers), the vanity of the goods of this world (broken glasses)…
In the exhibition, we will find pieces revealing:
– a utopian beauty, that of the tiny, the invisible, the invisible, the
the evanescent;
– a scientific approach, based on research
and on the “programmed nature”;
– living works, which will evolve throughout the holding of
the exhibition;
– the strange seduction of artificial, hyper-realistic or
imaginary;
– artistic devices made in situ.

The whole is governed by a coherence based on semantic affinities; it is served by a very sober scenography. He speaks of the state of the world, where it is a question of life, transformation, decomposition and death… in a word, the work of time.

The exhibitions will take place from Sunday 24 November to Sunday 08 March 2020 at Magasin aux Foins, Écuries.

For more information about this amazing event, click on the link below!