Home / Blog / École Boulle: the art and the style. 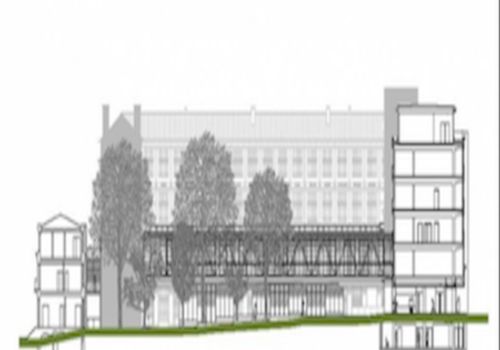 École Boulle was founded in 1886 and remains today one of the largest art and design schools in Europe.

The school was founded on rue de Reuilly in 1886, in the heart of the historic furniture district, near the Faubourg Saint-Antoine in Paris. Created on the initiative of the city of Paris, it was then a municipal school. Its first aim was to train furniture professionals such as cabinetmakers, seat joiners, upholsterers and woodcarvers. Later on, it was reinforced by complementary trades such as chisellers, bronze fitters and steel engravers.

The first mentions of the name “École Boulle” appear from 1887 onwards in the municipal newsletters when the furniture school is mentioned.

In 1891, the school, which had moved to rue Pierre-Bourdan in the 12th arrondissement, officially became the École Boulle, named after the famous cabinetmaker of Louis XIV, André-Charles Boulle (1642-1732). It was specialised in copying works of the past, mainly related to Louis XIV.

In 1900, it took part to the Paris Universal Exhibition in the Paris pavilion, where it presented objects marked by the influence of Art Nouveau. After some hesitation, which led her to return to copying antiques for a time, the school decided to orient some of the students’ work towards modernity. A course in decorative composition was given to Maurice Dufrène just before the First World War. 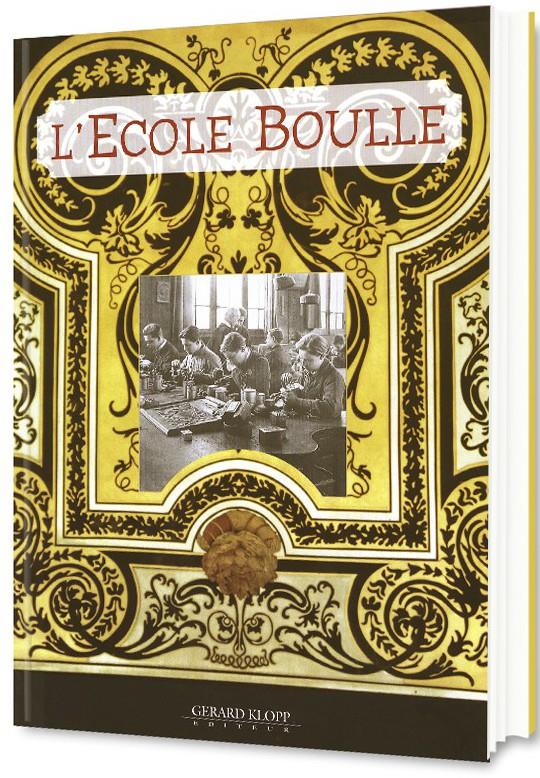 During the interwar period, the school became a supporter of Art Déco, a movement to which it gave many decorators. It actively participated in the 1925 International Exhibition of Decorative Arts, and to a lesser extent in the 1931 Colonial Exhibition and the 1937 Arts and Techniques Exhibition. In 1936, a major retrospective exhibition was held on its premises to mark the fiftieth anniversary of its creation. It acquired its first machines just after the First World War.

After the World War II, the school developed new courses of study related to space, interior architecture and layout in a more modern and technical vision. In 1969, the “École Boulle” became the “École supérieure d’arts appliqués” and developed design courses (space design, product design). The school was directed from 1972 to 1982 by the architect and furniture designer Jacques Hitier, himself a former student the school.

In 1969, it became the “École supérieure d’arts appliqués (Esaa)”. In April 2013, the school inaugurated its new, more spacious campus.

Jacques Hitier was a French decorator and furniture designer (1917-1999). A decorator linked to the École Boulle, he specialised himself after World War II in the creation of industrial furniture for small communities and homes.

Étienne Fermigier was a French designer (1932 – 1973), who studied at the École Boulle and the École nationale supérieure des arts décoratifs. He worked for Meubles et Fonction, Mobilier de France, created seats for Airborne, Arflex, Sentou, lamps for Disderot, Verre et Lumière. He was also a professor at the Camondo school.

Olivier Mourgue studied at the École Boulle and then at the École nationale supérieure des arts décoratifs in Paris. After setting up his own studio in 1966, he designed furniture for Renault, Prisunic and Mobilier National. In 1965, he created the Djinn chairs, which is a series of futuristic chairs. They were the first to be designed with a steel frame padded with polyurethane foam and covered with fabric. The Djinn seats were used in the film 2001, A Space Odyssey. He was a professor at the Brest School of Art until his retirement in 2012.

Martin Szekely is the son of the ceramist Véra Szekely and the sculptor Pierre Szekely, both Hungarian immigrants. He studied at the École Boulle and the École Estienne and graduated in engraving. He began to be noticed by the public with the Pi deckchair in 1982. Since then, he has collaborated with design publishers such as the Neotu Gallery, the Kreo Gallery and Domeau & Pérès, and with industrialists such as Perrier, Heineken, JCDecaux and Électricité de France.
Little known to the general public, some of the objects he has designed have nevertheless reached a very large audience, such as the Perrier glass, of which 20 million have been produced. His more confidential creations, on the other hand, are highly prized by contemporary art collectors.

Élise Fouin studied at the Ecole Boulle where she first trained in jewellery and then in furniture design. She worked at Andrée Putman’s studio and at Galeries Lafayette before founding her own studio in 2008. Her work always starts with the material and explores its potential.