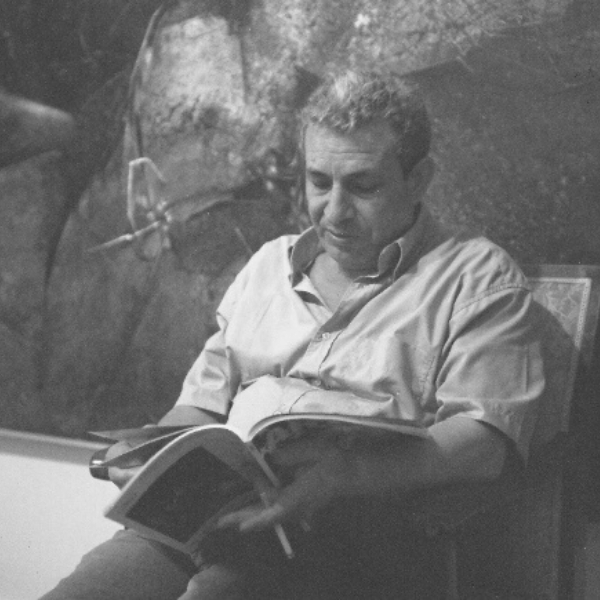 Born in Bagheria (Palermo) on June 4, 1943, he moved to Rome at a very young age, where he attended the studio of the Sicilian painter Renato Guttuso. In 1964, the Consorti Gallery in Rome organized his first personal exhibition which evoked the places of his childhood.

The places where he was born, the faces of the peasants carved by the wrinkles of time and by the ploughing of the land, the countryside with its colours of drama and tragedy, reminiscent of ancient Greek culture, profoundly influenced his artistic training.

At the end of the 1960s, his painting came closer to the English sensibility, particularly that of Francis Bacon (painter). This was the figurative period in which Salvatore Provino was influenced by Mario Sironi and favoured subjects that reflected through the drama of the human figure the difficult existential conditions of an entire social class confronted with the effects of the process of industrialisation and the exploitation of man.

In 1979, a trip to Peru led Salvatore Provino to experience in his painting an extraordinary dialectic between geometries and philosophy, between the visible and the invisible. He begins the period of his full maturity where his painting, matter and colour, becomes the main instrument to bring out this expressive search for a dynamic and infinite world.

In 1986, Salvatore Provino obtained for Chiara fama the chair of painting at the Accademia di Belle Arti di Palermo, then at the Università di Napoli.

From the 1990s on, national and international exhibitions followed one another: Palazzo dei Diamanti in Ferrara, Palazzo delle Esposizioni in Rome, Castel dell’Ovo in Naples, Cervia in the Magazzini del Sale.

In 2002, Salvatore Provino was the first Western artist to exhibit at the National Museum of Chinese History in Beijing and in Shenzhen, Shenyang, Canton, Shanghai, Hong Kong and Changshu.

For ten years he had international exhibitions in Greece, United States, Bulgaria, Argentina and then in 2012 he returned to his native Sicily to exhibit in Palermo.