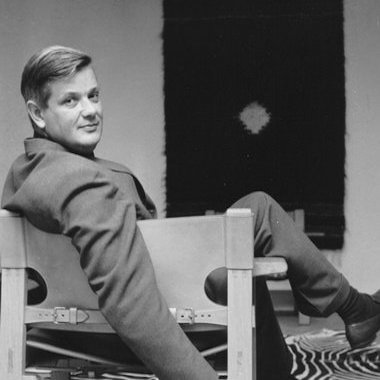 He was one of the most important of a generation of furniture designers who spread the concept of “modern Danish” all over the world. Together with colleagues such as Arne Jacobsen and Hans Wegner, Mogensen brought international respect to Danish furniture design, and his simple and functional creations have been appreciated worldwide for more than half a century.

Børge Mogensen was born in Aalborg, Denmark. He started as a cabinetmaker in 1934 and studied furniture design at the Danish School of Arts and Crafts in Copenhagen from 1936 to 1938, and then trained as an architect (1938-1942) at the School of Architecture at the Royal Danish Academy of Fine Arts, from which he graduated in 1942. From 1938 to 1943 he worked in various design studios in Copenhagen, including with Kaare Klint. From 1942 to 1950 he was director of the furniture design studio of FDB in Copenhagen, and in 1945. His work was shown in solo exhibitions in Zurich, London, New York City, Stockholm, Paris and Copenhagen.

During his time at Kaare Klint, Mogensen fostered a deep commitment to the production of classic, simple and highly functional furniture. He was also interested in research into contemporary lifestyles, in order to develop customised household objects for specific uses.

Mogensen soothes these skeptics with his classic designs, but also, from the very beginning of his career, he subtly integrates new ideas into his revisitation of traditional forms. In 1945, he designed a sofa with leather fasteners that allowed the sides to be lowered. A chair from 1949, which critics call “a model for future chairs”, uses a curved and slightly inclined backrest, cut along the spine in the shape of an organic dewdrop. A 1951 interior for the cabinetmaker’s exhibition combined Danish oak with leather upholstery and slate tiles to articulate a new grouping of materials.