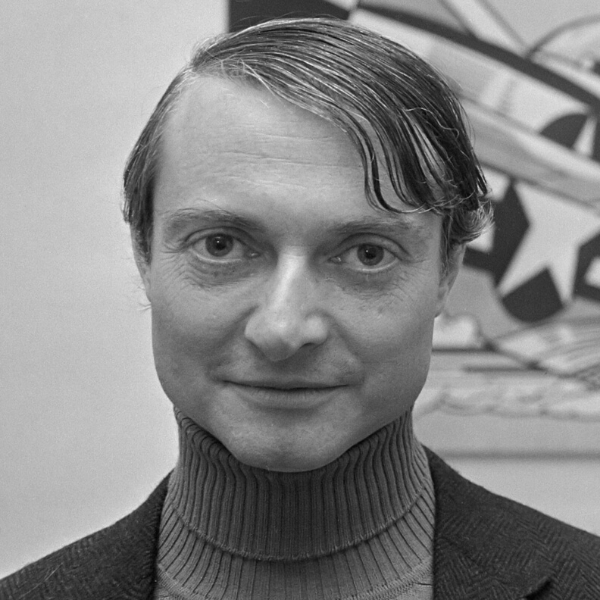 Roy Lichtenstein was born in 1923 to a wealthy family in Manhattan where he also died in 1997 from pneumonia.

After a normal school education with a 3-year interruption due to the Second World War, he graduated in Fine Arts and became a teacher. He taught first at Oswego University and then at Rutgers University.

He is one of the most important artists of the American pop art movement. His works were strongly inspired by the advertising and popular imagery of his time, as well as by comic books. He himself describes his style as “as artificial as possible”.