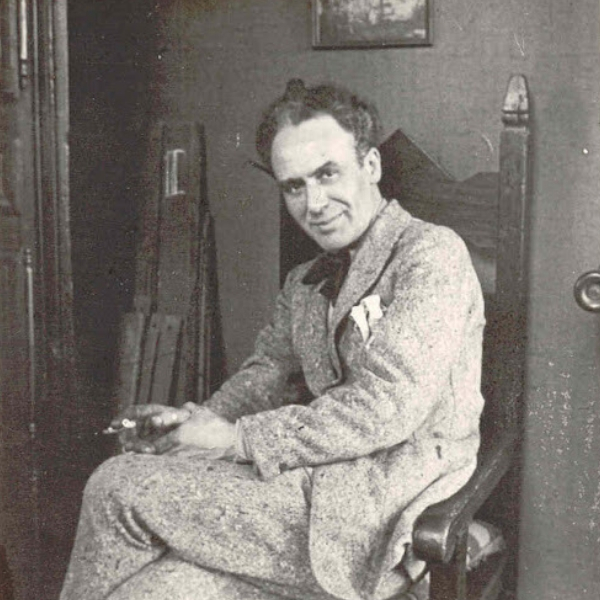 Born in 1885, Charles Dudouyt began his artistic career after studying at the Germain Pilon school. He paints, draws and earns his living by illustrating publications, notably for Calmann-Levy and the Assiette au Beurre.

In 1918, on his return from the war, he designed and had lampposts, lampshades and various decorative objects made with his wife. This led him to create in 1920, in Pontoise, a rustic style furniture factory in fashion at the time: L’Abeillée.

In 1933, he moved to Paris and, opting for a contemporary style, he founded the Gentilhommière, which included a workshop and a shop. After his death, his son Jacques Dudouyt continued the activity of the Gentilhommière until 1960.