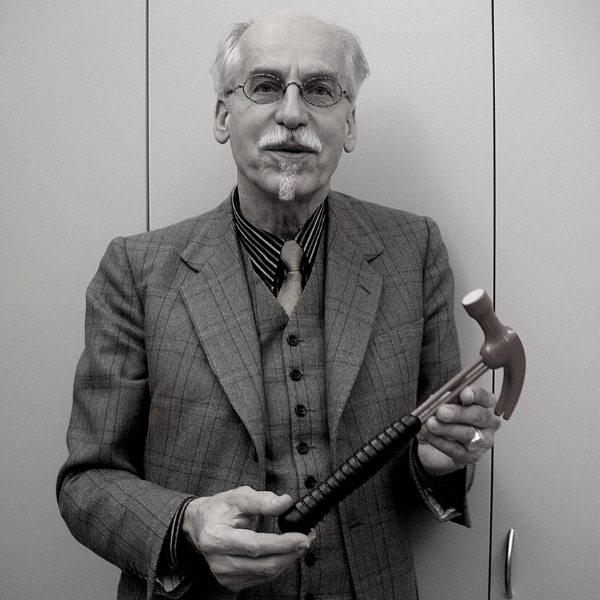 Hans Ehrich, born September 25, 1942 in Kulosaari, Finland, is a Swedish industrial designer. Together with Tom Ahlström, he founded A&E Design in 1968, a company that Hans Ehrich still runs. Between 1982 and 2002 he was the CEO of the sister company Interdesign in Stockholm. Internationally, he is regarded as one of Sweden’s leading product designers and is considered the “Great Lord” of Swedish industrial design. Ehrich lives in Stockholm and Berlin.

Hans Ehrich’s mother was the Swede Liten-Karin Sundberg, and his father the German artist Otto Ehrich, who emigrated in 1936 to Finland, where his son Hans was born in Kulosaari in 1942. During the Finnish Continuation War, the family fled to Sweden in 1944.

Hans Ehrich grew up and studied in Finland, Sweden, Germany, Switzerland, Spain and Italy. He took his higher education examination (Abitur) in Italy at the Scuola Germanica di Roma.

From 1962 to 1967 he studied at the Department of Metal Crafts, with a focus on silver and goldsmithing at the College of Arts, Crafts and Design (Konstfack) in Stockholm. He mixed his studies with internships with Italian car manufacturers in Milan and Turin.

A&E Design quickly gained international fame and was awarded for the design of a number of products, such as the dishwashing brush “1230”, the bath board “Fresh”, the shower and toilet chair “Clean” and the folding stool for museums “Stockholm II”.