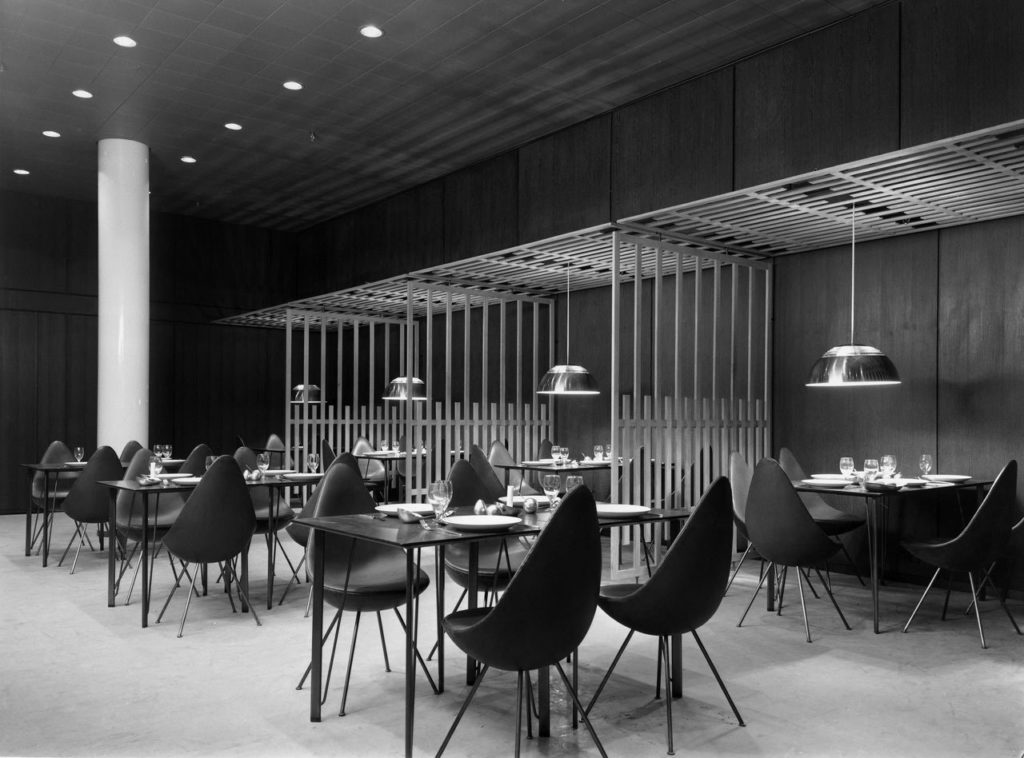 With the boom from birth to prosperity, the post-war period marked the beginning of consumer society. This inspired designers to create avant-garde seating mostly using materials like, steel, wood, and leather. Often a piece of furniture would combine only two materials or two colours – creating tension and harmony without fuss or superfluous ornament. Women, who discovered nylon stockings born in the United States, are benefiting from the arrival on the market of household appliances. Radio and television bring the news of a world regularly threatened by the tensions fuelled by the Cold War to the heart of homes.

The dining room becomes a “living room”, a symbol of the tightened family’s living space. The creators then sought a new “art of living” imbued with humanism and conviviality. In the United States, the small series production of furniture at Herman Miller and Knoll helps to raise awareness of design. And in Germany, the Ulm school, founded in 1955, is committed to taking up the teachings of Bauhaus. 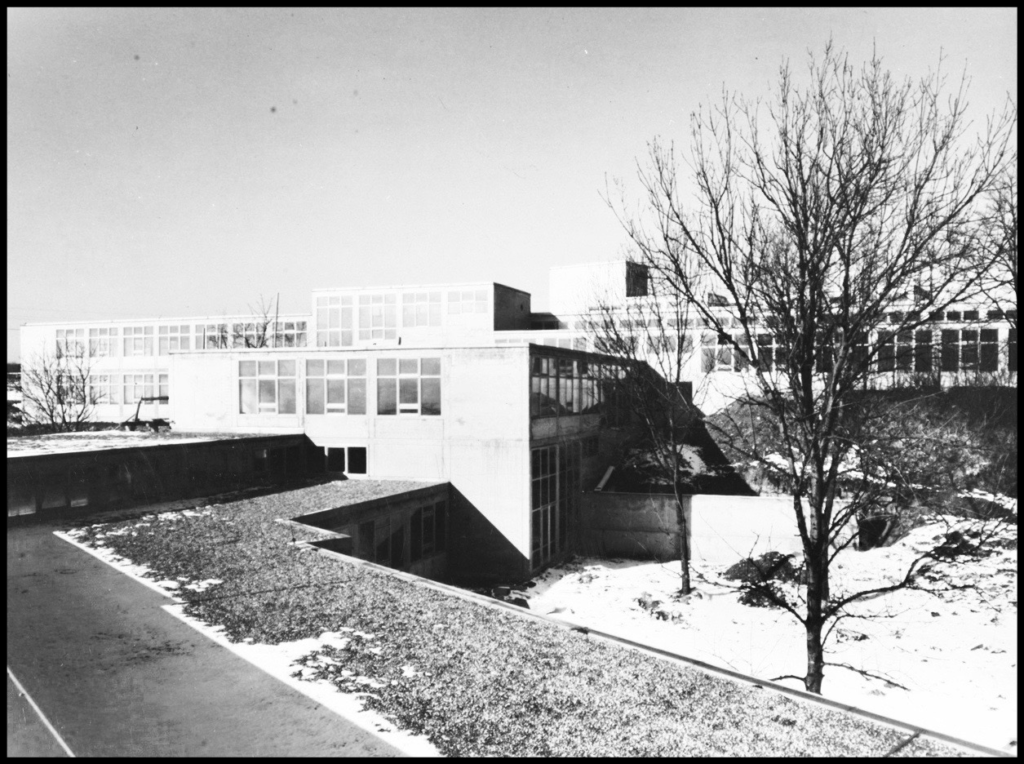 In 1949, the exhibition “useful forms”, which gave birth to an independent association the following year, the Union des artistes modernes, aims to raise awareness among the French public of “industrial aesthetics” according to which beauty is born from the adequacy between function, structure and form. While the question of space saving becomes a priority, the furniture is becoming more rational.

The 1950s style has a sober, unadorned line and flat surfaces with orthogonal or freer shapes, resting on metal legs. It is the reign of the Formica table. New materials and technical developments in manufacturing such as moulding give rise to modular and functional furniture. The partitions slide and the chairs pile up. 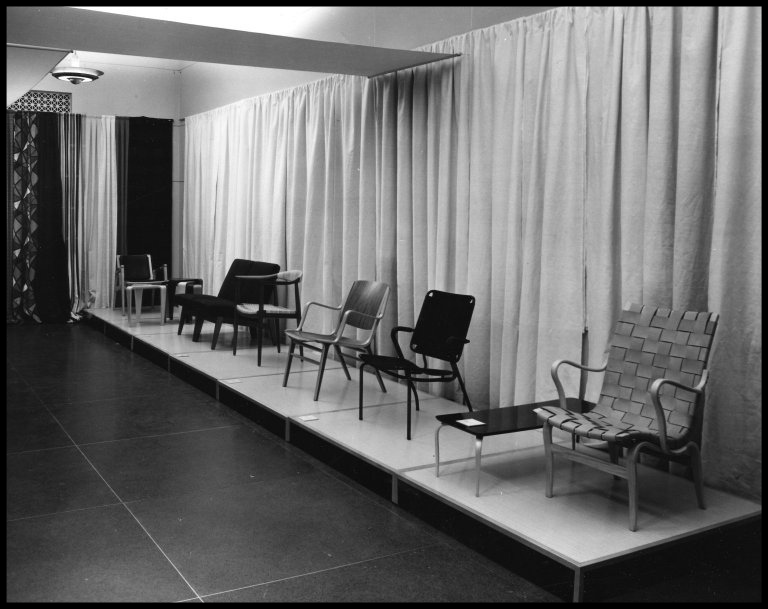 In Europe, designers such as Hans Wegner and Finn Juhl pursued a handcrafted style, all light wood, rope seats and comfy, cottage-friendly looks. It was a new age for biomorphism, an exploration of new materials and technologies to create free-form shapes. It made for a strong, curvy look of rounded edges and sensuous curves adopted by graphics designers, potters and furniture designers alike.

Europe produced its own clutch of landmark product designers: in the UK, Robin and Lucienne Day, Giò Ponti in Italy and, arguably more influential, the Dane Arne Jacobsen, among others. The 1950s saw Jacobsen create a series of chairs that have achieved iconic status, like the very famous “Ant” chair. 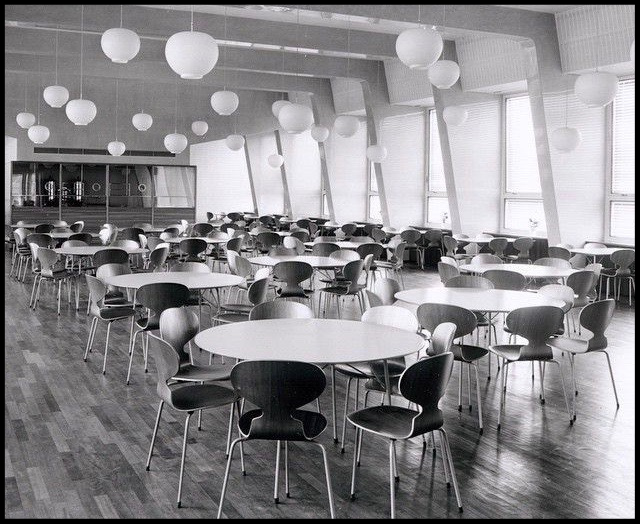 The 1950s was the quintessential American decade, when mass consumerism drove progressive design, in contrast to the mend-and-make-do of austerity Europe. The US toyed with the contrasts of simplicity and maximalism. The husband and wife team, Charles and Ray Eames were the first designers whose work covered the full breadth of design; from landmark houses, interiors and multi-media presentations to World’s Fair exhibitions and films, inspiring and providing the multi-disciplinary approach of designers today.

Their most iconic and famous design piece will always remain the lounge chair and ottoman, designed in 1956. 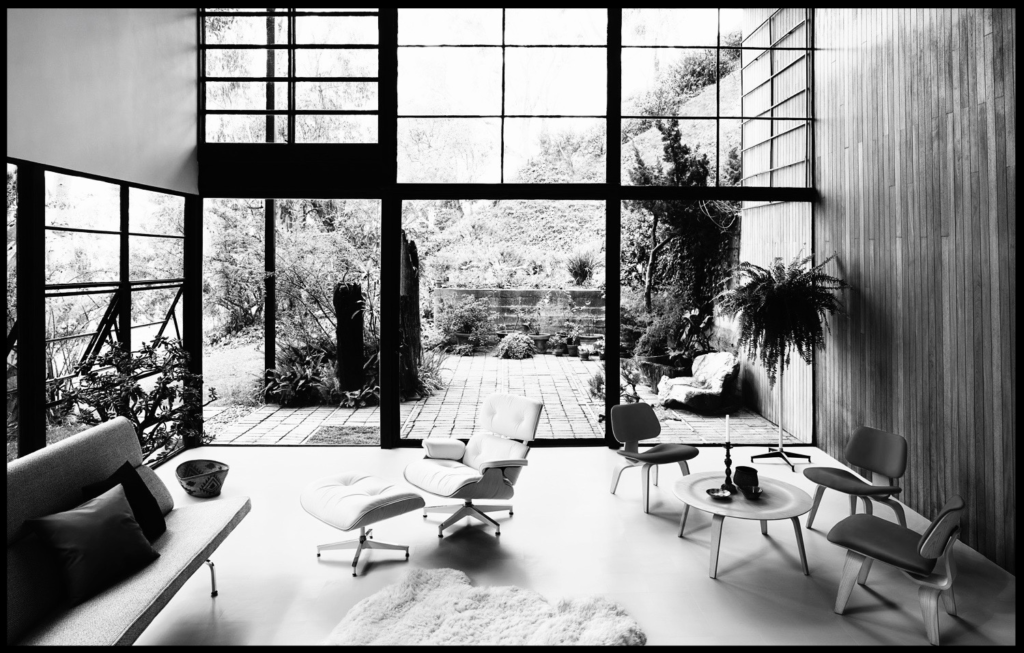 On the link below you can find a vast selection of our products from the 1950s. Don’t hesitate to check them out!