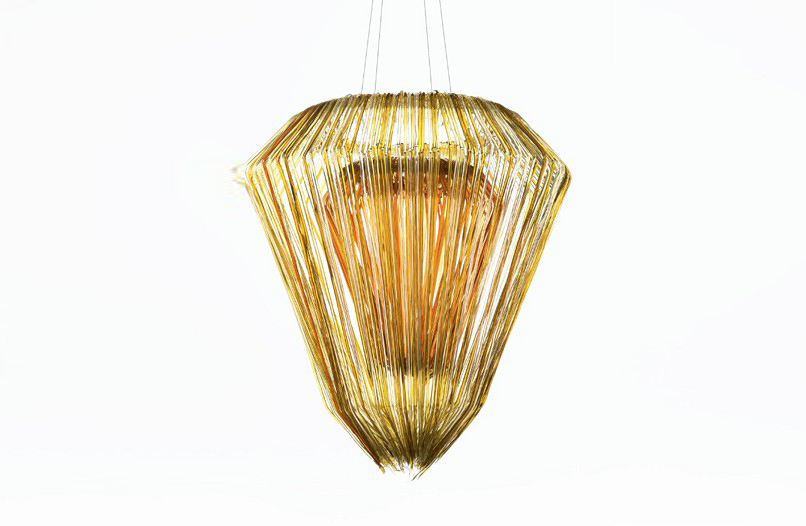 Fantastic, daring, and acutely colorful are words that describe the innovative work of Italian artist Jacopo Foggini. Working with a machine of his own invention, Foggini heats metacrylate, a polymer derivative, to volcanic temperatures in order to create thick, colorful threads he molds by hand into lit art. Foggini sites the magic of childhood and the antique glass quality of the melted metacrylate as the inspiration behind his luminous work. Exhibited in the Carrousel du Louvre, Centre Pompidou, the Olympic Games in Turin and Museum Bagatti-Valsecchi in Milan, Foggini’s work is recognized as special in the world of lighting design. Playful, happy, and absolutely unexpected, Jacopo Foggini’s one-of-a-kind pieces bestow a brilliant and extraordinary lighting element into a room’s composition. Available in different colorsJacopo Foggini was born in Turin and currently lives and works in Milan. He explores art and design crossing the boundaries imposed by the conventions of those disciplines. Jacopo joins really early the family business where he discovers the versatility of the methacrylate, an industrial material normally used in automotive design. His first experimentation with this material date back to the beginning of the nineties, when he starts using a machine of his own invention that heats the methacrylate up to 200 degrees Celsius, producing a filament that he models with his hands to create luminous shapes, monumental works and mazes of threads in an elegant intertwining of colors. Jacopo’s first solo exhibition was held in 1997 inside the space of his long time friend Romeo Gigli, and since then he exhibited in more then sixty galleries and venues throughout the world. For years he has participated to the Milan International Furniture Fair, realizing striking site specific installations (Devotion in 2005, Plastic Palace in 2006, Aurora Borealis in 2007, Ofigea in 2008, (Re)fuse in 2009, Golden Fleece in 2010, Plasteroid in 2011, sYmbols and Flysch in 2012). In the meantime he realizes other breathtaking projects as the Lampadario da Teatro for the Opening Ceremony of the Torino Olympic Games (2006), consisting of a big chandelier especially designed and engineered to be lifted during the performance of maestro Luciano Pavarotti, or the Matrioska Super Hero (Moscow Design Week, 2011) a 6-meter diameter reinterpretation of the matryoshka doll. He presents his last collection of Chandeliers – the Brilli – at the Museo Bagatti Valsecchi, in occasion of the 2014 Milan Design Week. In the same event he presents also the Gina chair, the last iconic project developed for the renewed Italian design company Edra, with which he carries on a prolific collaboration (other worth mentioning projects for Edra are the chairs Gilda B and Ella, the armchair Alice and the table Capriccio). Jacopo’s work include also important installations in renewed hotel, restaurant, showrooms and theatres, besides site specific projects for private houses and collectors. Among them: the Nhow Hotel in Milan, the Side Hotel in Hamburg, the Grand Hotel Principi di Piemonte in Sestriere, the Riad Enija Hotel in Marrakech, the W Hotel in Saint Petersburg , the Hilton di Barcellona, the Hotel Maddalena, the Vapiano restaurants, the Bentley’s showroom in Milan, the Pomellato’s boutiques, the World Bisazza store in New York, the Fendi showrooms in Florence and China, the Etro showroom in Istanbul and many others. 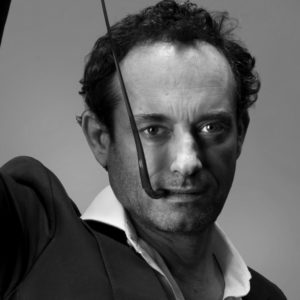