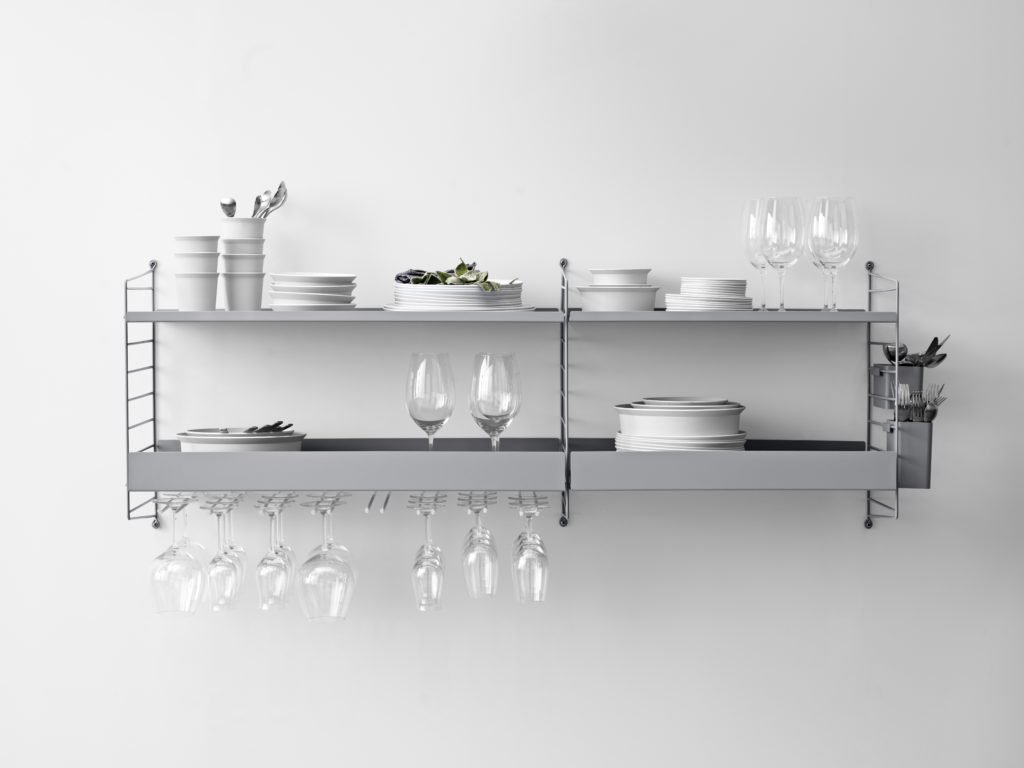 During this period of confinement, spending time at home and cooking, there is nothing like a little history of kitchens ‘s evolution during the 20th century !

The first fully equipped kitchen appeared at the end of the 19th century in the Industrial Revolution, thanks to the standardization of running water, gas and electricity.

The kitchen as we know it today was invented by an Austrian architect, Margarete Schütte-Lihotzky in 1926 under the name of « Frankfurt Kitchen ». It  was a real revolution. For the first time, its design was intended to simplify household tasks. This kitchen arrangement is only 100 years old!

The story of the invention of this kitchen is quite unusual. The architect was working on meeting a housing shortage in Germany after the First World War. New apartments had to be built with very tight budgets and very little space. That’s how the kitchen we all know was born!

And now it ’s an essential part of our houses and apartments, but still in perpetual evolution.

Over the decades, the concept of the fitted kitchen has been exported all over the world and has constantly changed in style and format in order to adapt to the habits of its users. Here is a brief overview of the different trends that have marked the 20th century.

The formica is this laminated, often very colourful and above all ultra practical material. At the beginning of the 19th century, an American brand created and used this material as an electrical insulator.

Later, in the 1930s, it was used for manufacturing furniture. It is thus a mixture of kraft paper sheets and synthetic resin that will be popularized by its omnipresence in the famous American dinners. Twenty years later, it will invade French kitchens.

This type of cuisine was so fashionable during this decade that we still see it today in our grandparents’ or great aunts’ homes. As formica was a cheap kind of furniture, it popularized the equipped kitchen for most of people.. Functional and colourful, it had everything to please. This is still the case today as Formica is once again becoming ultra-trendy, especially the table or the famous step stool.

However, it was totally eclipsed by the arrival of household appliances in our kitchen.

1970s: the kitchen is organized around household appliances

More and more houses get equipped with household appliances, which, at the time, were quite cumbersome.

So they try to camouflage it under worktops, or to hide it by choosing the same colours as the rest of the decoration. A technique that is still used today.

The rustic style is getting more and more current in the kitchen : solid wood is omnipresent, taking up the shapes and materials used a century ago in the countryside. 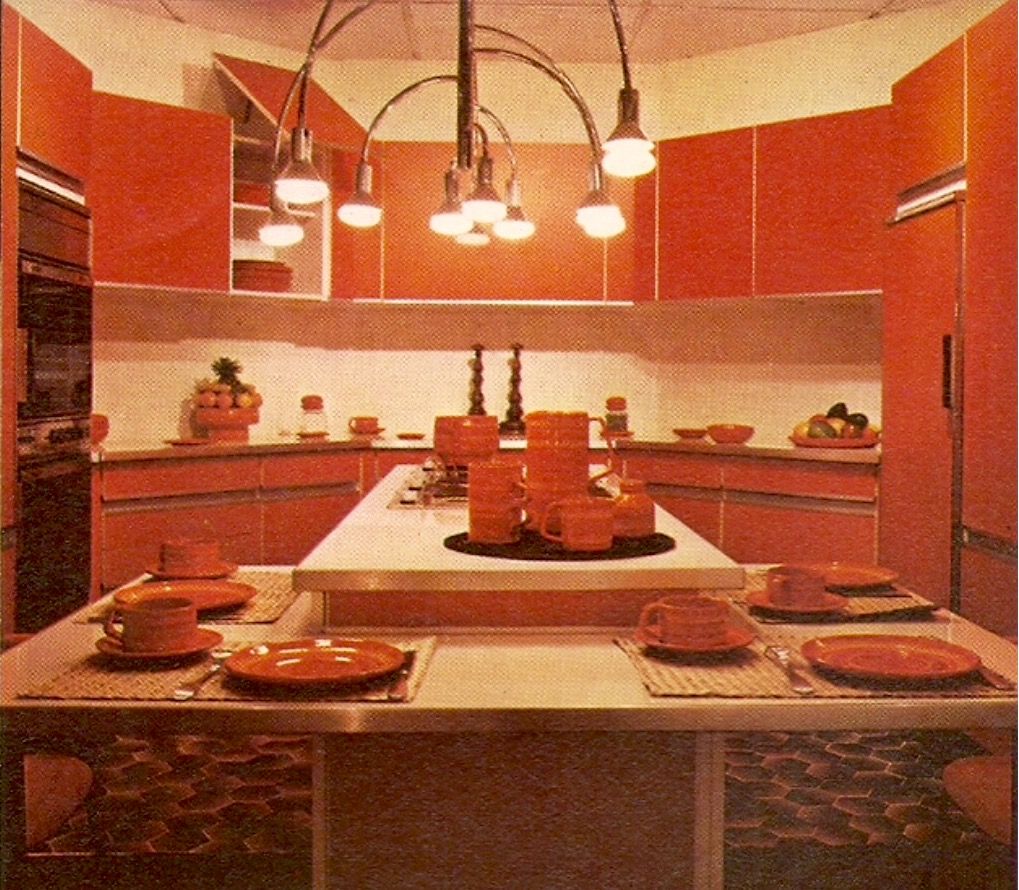 The 1970s marked the return of traditions in the style of our kitchens, with a mix of touch of colourful wallpaper and decoration, preferably orangy. The terroir is therefore in the spotlight.

A small turning point at the beginning of the 80s, the dining room is no longer fashionable. It can’t resist the conviviality of the open kitchen that are taking over houses.

These so-called “American” kitchens have emerged due to technological progress in household appliances, which now makes possible to control smells and smoke. More than ever before, the kitchen is becoming a central living space in the home, far from the room used solely for cooking, as it was previously the case.