This award-winning Wooden Hammock by Australian designer Adam Cornish  is an alternative to the common cloth hammock. Although made from wood, the design is flexible and comfortable due to the rubber vertebra which allows the wooden segments to move, mimicking the human spine. Manufactured from a standard sheet of plantation grown plywood, the design maximizes the economy of materials whilst minimizing the environmental foot print. Hammock has been designed to be produced from a wide range of sheet materials, including bamboo.The hammock was originally designed at the prototype and modeling workshop Box and Dice of Sydney in 2008. Since that time it has won numerous awards including the Workshopped Peoples Choice Award in Sydney and the Herman Miller Asia Pacific –Yves Behar Design Competition. It was also contender for the prestigious 2009 Cicely & Colin Rigg Contemporary Design Award.Renowned Australian designer, Adam Cornish, works from an independent, multidisciplinary design studio in Melbourne. Exhibiting an impressive portfolio comprising furniture, homewares and installation, Cornish has received growing international acclaim and recognition. Cornish has designed pieces for luxury Italian brand Alessi, exhibited at Salone del Mobile in Milan, ICFF in New York, NeoCon in Chicago and is the winner of the New York Design Award and Herman Miller’s Asia Pacific ’Yves Behar’ competition.Informing his design methodology, Adam Cornish draws inspiration from the natural world – in particular the way in which organisms evolve and adapt to their surroundings. Through taking cues from nature and a design process of simplification and improvement, Cornish demonstrates a fresh, authentic and restrained approach. Endeavouring to produce design which is honest, accessible and of aesthetic and physical longevity, Cornish considers how each of his designs adds value to the life of its owner.“I am very interested in nature and our natural environment. When you look at nature you see how all thedifferent organism have evolved and adapted to suit their environments. I like to think of design in a similarmanner an look at my work as merely a rung on a ladder. We owly steer products in a certain direction,hopefully simplifying and improving them as we go.” With many international accolades, Cornish has similarly achieved a wealth of success on the local stage. Cornish’s design education spans across Industrial Design at the University of Technology in Sydney to Furniture Design at the Royal Melbourne Institute of Technology (for which Cornish now lectures). Cornish has exhibited at many prominent Australian design exhibitions including Den Fair, Local Design and Design Made and is a winner of the prestigious Bombay Sapphire Design Discovery Award aswell as Denfair’s ‘Best Australian Product’.Partners : Alessi, Tait, NAU, Instyle, Wovin, Junglefy, and Anomaly 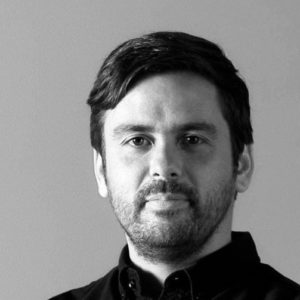