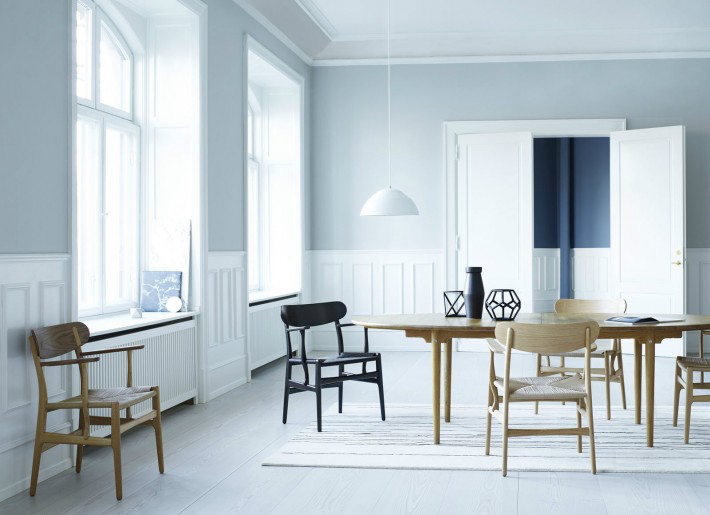 On the occasion of the last Stockholm Furniture Fair which has just closed its doors in Sweden, Carl Hansen announced the launching of production of two “new” models by Hans J. Wegner. The CH22 lounge chair, which marked the beginning of their long standing collaboration between the designer and Carl Hansen in the fifties, as well as the dining chair CH26, which was never put into production until today. This is an earlier model that has a lot of stylistic similarity with the CH22.As usual with the creations of the famous Danish furniture manufacturer, the attention to details and balance of the construction is delightful.
The CH22 and CH26 will be available in oak, walnut or a combination of both with multiple finishes, starting from summer 2016.
Pictures via Victors
Photos © Carl Hansen