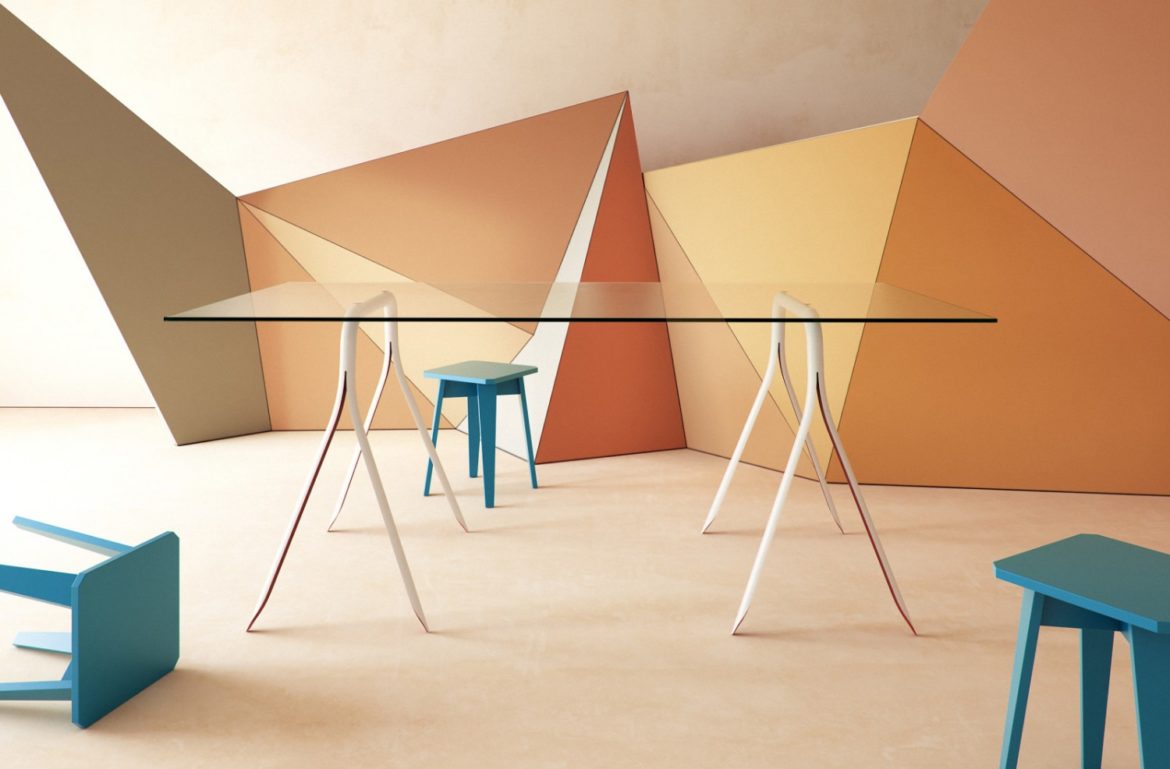 SPLIT Table legs made from one piece of bended tube that is split up on both sides.The cut reveals the intimate inside showing a colored surface.The object appears vulnerable and elegant at the same time.Inspired by the ancient bamboo cutting technique.Producer : Oppa (Brazil)Louisa Köber studied European Design in Stuttgart at Staatliche Akademie der Bildenden Künste, in Milan at the Politecnico di Milano and in Paris at Ensci – Les Ateliers.She absolved internships at Alexander Taylor Studio in London and Porcelain Designer Piet Stockmans in Genk / Belgium.2013 to 2016 she worked for POLKA designstudio in Vienna.In the meantime she founded her own studio in 2014.In 2014 she has won the Design A Bag Competition hosted by „Fashion Access“ in Hongkong with her weekender bag „Maki“.In the following year her shop installation „Sandscape“ for Rado won first price the Rado Star Price 2015.In 2017 oppa won with SPLIT table legs the IF Award.Within her work there is a strong graphic influence: She works with colorful patterns and adds playful details to her products.Her products appear pure and have a smart twist on second sight in common.