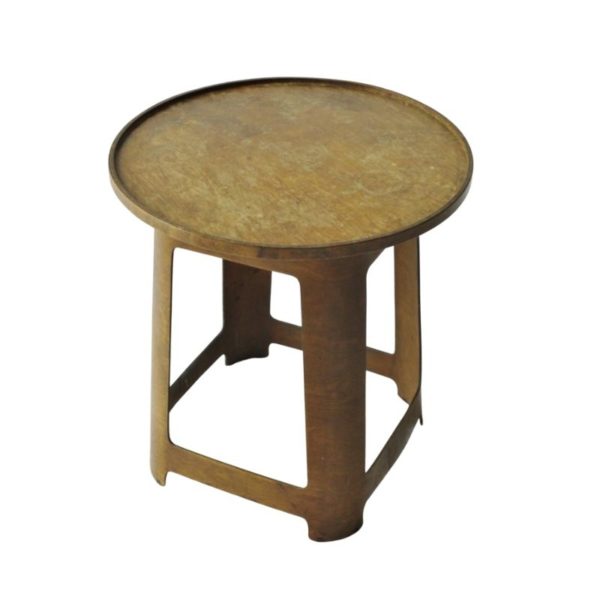 Retailed by Isokon Furniture Company, London, this table (sometimes regarded without the tray as a stool) was originally designed circa 1930 by the Estonian company Luterma. Their English export division was known as Venesta, and Jack Pritchard was their UK representative from 1925. The table/stool was first imported by Pritchard in 1933 and retailed as Model no. 1 by Isokon. After Walter Gropius was hired as a consultant for Isokon, his major contribution to the firm was a modernist modification of the stool in 1936, in which he simply straightened the stool/table’s cut-outs and top. His drawings for the redesign can be found in the collection of the V&A Museum, London. The separate tray on this design is stamped Venesta – The thinness of the tray’s rim suggests that it is a very early production and model as later trays had thicker rims. Some warping and some stains and marks but overall in good condition with no breaks, repairs or bits missing. 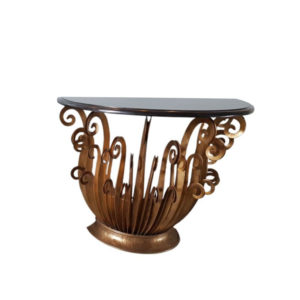 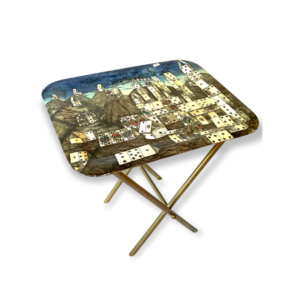 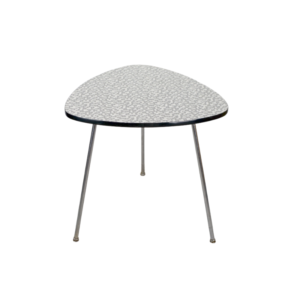 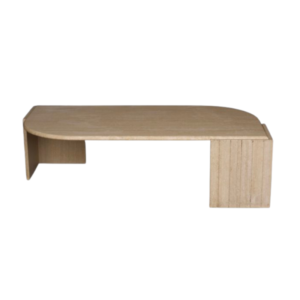 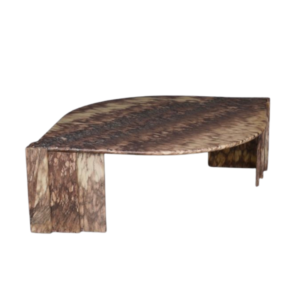 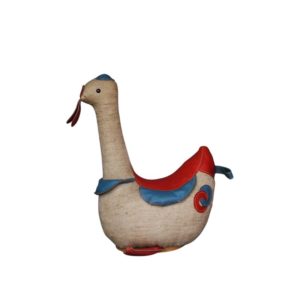