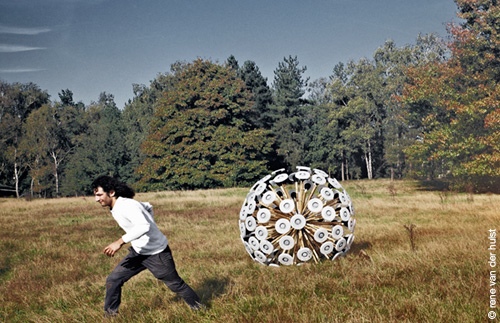 In february 2013 Gallery Slott in Paris will present the designer Massoud Hassani for his first solo exhibition with his project Mine Kafon.
Born in 1983 in Kaboul, Afghanistan, Massoud Hassani recently graduated from Design Academy Eindhoven in Holland.As a child Massoud made his own toys playing in the windy desert. Like for many kids in his hometown, the playground run alongside the horrors of explosives and landmines. In Afghanistan there are more landmines in the ground than there are people walking on it.