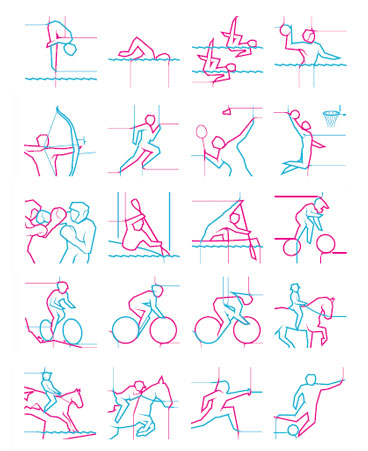 The London Organising Committee of the Olympic Games and Paralympic Games unveiled the London Olympic pictograms which will be used during the Olympic Games in 2012. The 38 pictograms represent the sports and disciplines at the Games and will be used for signage, on tickets and on the field of play at Games-time, becoming an important ‘wayfinder’ tool for spectators.
The London 2012 pictograms were developed in consultation with each International Sporting Federation and have been designed to be vibrant and accurate depictions of each sporting discipline.