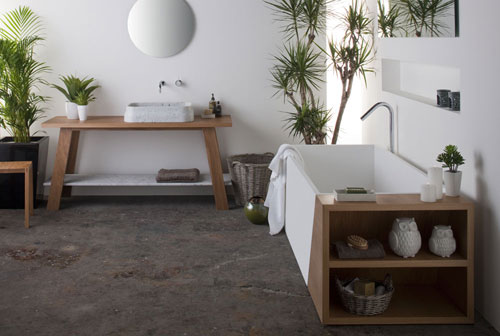 Latis is the latest bathroom creation from Omvivo. It is inspired by the fundamentals of tradition and quality.  Simple forms combined with elegant materials such as natural stone to create a sculptural range of bathroom products that will compliment both modern and traditional spaces.
Designer is Thomas Coward, principal designer at Omvivo. Coward moved to Australia in 2004 from the UK.  In 2005 Coward was recognised as one of Australia’s top 50 emerging designers, and his Parli-me chair was selected as one of only 16 exhibitors for the City of Milan’s young foreign designers showcase.