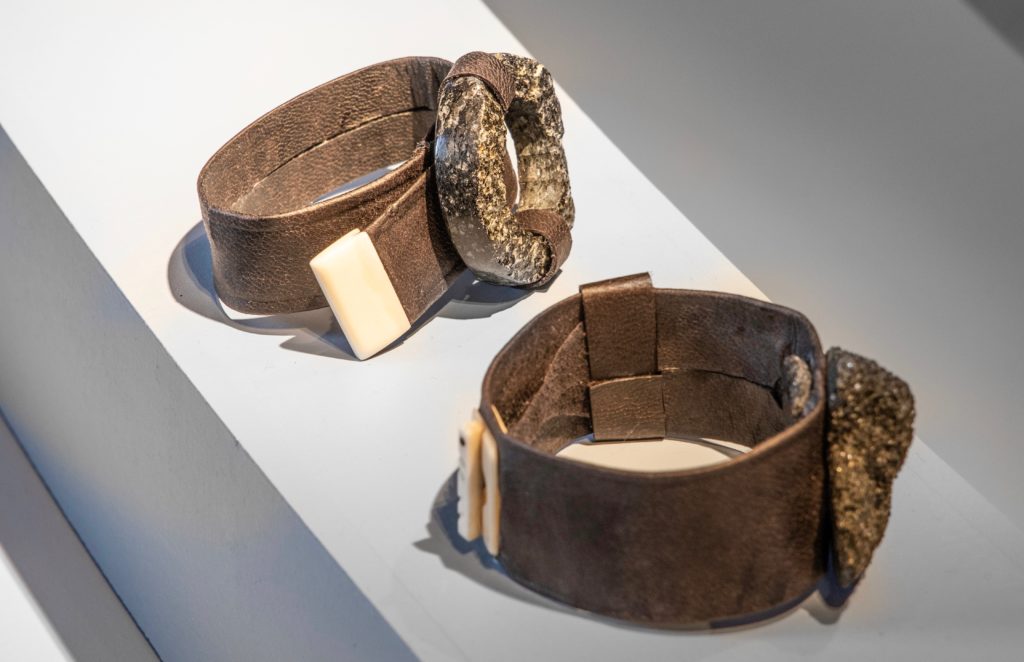 Since 2013, Hors Pistes organizes residences and initiates exchanges between craftsmen and designers from all over the world. For its third residence, in 2017, the group settled in Nuuk, capital of Greenland.

It was the qualities of Inuit craftsmanship that fueled the curiosity of Hors Pistes. Traditional Greenlandic techniques are born from the encounter between the rigor of the territory and the nomadic Inuit way of life. Few materials were then available, the driftwood arrived according to the vagaries of the currents, the arrival of the skins depended on the success of the hunt.

Moreover, the rigor of the climate requires the manufacture of ingeniously constructed and particularly resistant objects. “Traditional know-how and natural materials have been at the heart of the collaborations,” says Amandine David, co-founder of Hors Pistes. “Techniques involving skin, horns, or intestines, for example, have been observed and tested. One of the foundations of Hors Pistes lies in the sharing of know-how. In the workshops, craftsmen and designers participate as much in the design of the project as in its manufacture. “

The first week, artists, craftsmen, and designers form teams according to the meetings and common desires. Then, during the second week, the work begins concretely in the workshops. For communication, English is the main language, and Inuit culture permeates exchanges. “In Greenland, we do not talk much. We save words. No need to make tons. Many things go through the eyes, through the gestures. This led us to question our communication habits. “

Exchanges continue outside the workshops. Projects take shape. The current passes between the protagonists and the production of the final pieces begin. The gymnasium, where everyone meets, has become a cabinet of curiosities, gathering pebbles of all colors, whale whalebone, pieces of rope, sea urchin hulls, driftwood, fishing instruments … All these materials nourish inspirations and dialogues.

The Hors-Pistes residences are built around the meeting between craftsmen and designers so that they question each other about their practices. Experiments, prototypes, and objects from research conducted during the residency recount the uniqueness of each meeting. The exhibition also shares stories from this context, collected and edited by the editorial team.

While darkness is great in Nuuk in winter, the Nuuk Hors-Pistes residence has been immersed in the continuous daylight of Greenland’s summer. The prototypes, unique pieces, illustrations, texts and photographs that result are gathered in the exhibition “Off Piste-Meetings in Greenland” visible at the CID – Center for Innovation and Design in Grand-Hornu until May 19, 2019.