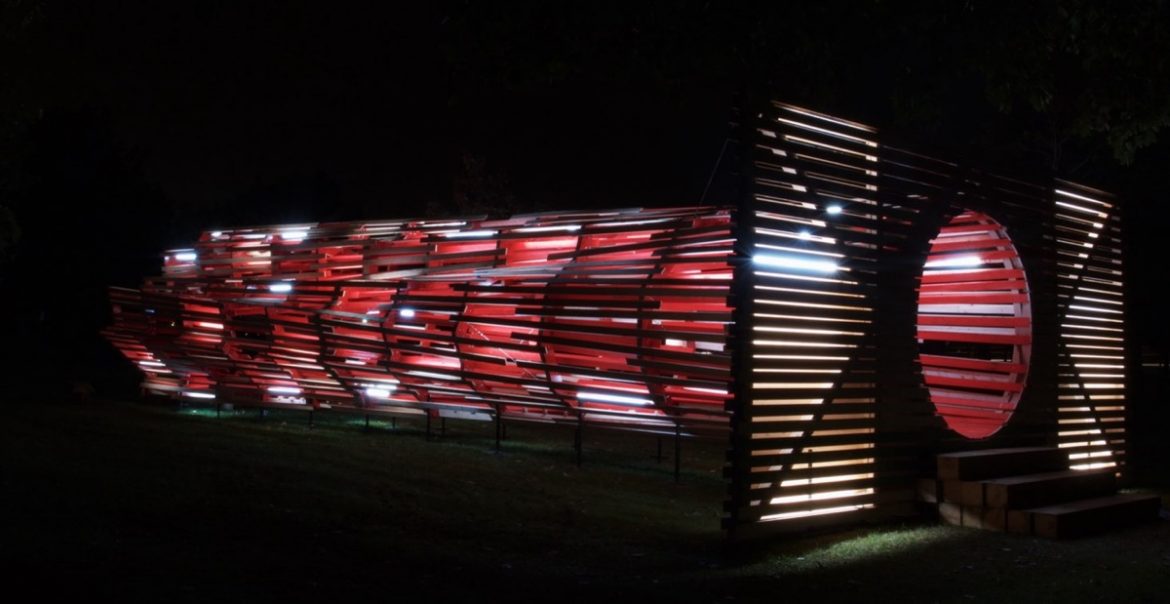 This year marks the 60th Anniversary of the 1956 Hungarian Revolution and Freedom Fight. The Freedom Fight was a defining event in both Hungarian and Canadian history. Canada welcomed 37565 Hungarians after the Uprising, moulding the image of Canadian society so much, that in 2010 it was designated a Canadian national historic event and part of Canadian heritage. On this anniversary Hungary wanted to thank Toronto and the Canadian people, who welcomed Hungarian refugees in an act of compassion, humanity and generosity.
Hello Wood’s Freedom Tunnel installation is comprised of 37565 pieces; each one representing a Hungarian refugee that was accepted into Canada.

The Tunnel has appeared in multiple European cities and major festivals and Toronto’s Budapest Park is the first Hello Wood project in Canada where the Tunnel was on display during October 2016.