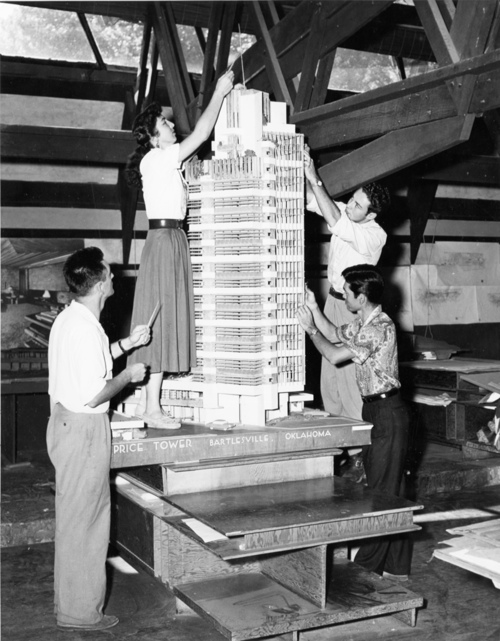 The Museum of Modern Art presents the exhibition ‘Frank Lloyd Wright and the City: Density vs. Dispersal’. Frank Lloyd Wright (1867–1959)—perhaps the most influential American architect of the 20th century—was deeply ambivalent about cities. For decades, Wright was seen as the prophet of America’s post–World War II suburban sprawl, yet the dispersed cities that he envisaged were also carefully planned—quite distinct from the disorganized landscapes that often developed instead. Paradoxically, Wright was also a lifelong prophet of the race for height that has played out around the world. Through an initial selection of drawings, films, and large-scale architectural models, the exhibition examines the tension in Wright’s thinking about the growing American city from the 1920s to the 1950s, when he worked simultaneously on radical new forms for the skyscraper and on a comprehensive plan for the urbanization of the American landscape titled –Broadacre City.