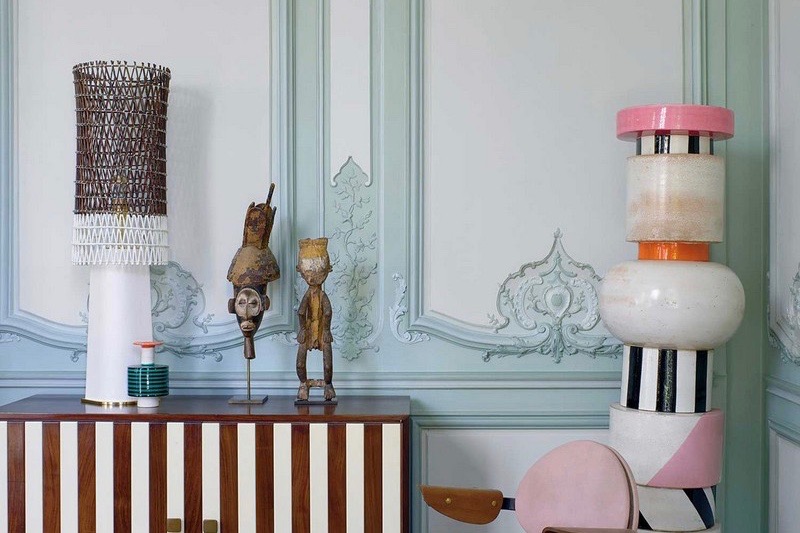 The classic 18th-century Paris apartment of top interior designer and architect Charles Zana is decorated extraordinary modern art and furniture. Zana revealed to be one of the most enthusiastic Ettore Sottsass fan and the Memphis Movement that he has been collecting for over 15 years.

Three of Sottsass’ glazed ceramic totems, which are nearly human-sized, dominate Zana’s 18th-century apartment on Rue de Grenelle in Paris. Imposing yet gleeful, they stand sentry on the parquet de Versailles, adjacent to chairs and tables of Zana’s own design, bulwarks of early Pop radicalism amid the haute-bourgeois sage-painted boiserie walls.

In February, an exhibition dedicated to the ceramic and enamel work of Italian architect and designer Ettore Sottsass opened to the public at Phillips’London galleries (see the calendar)

Co-curated by historian Fulvio Ferrari and collector Charles Zana, this exhibition showcases a comprehensive selection of ceramics and enamels from throughout Sottsass’ career. Hailing from two private collections, this exhibition marks the first time these museum quality works are being shown alongside each other. 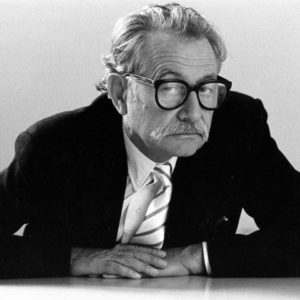