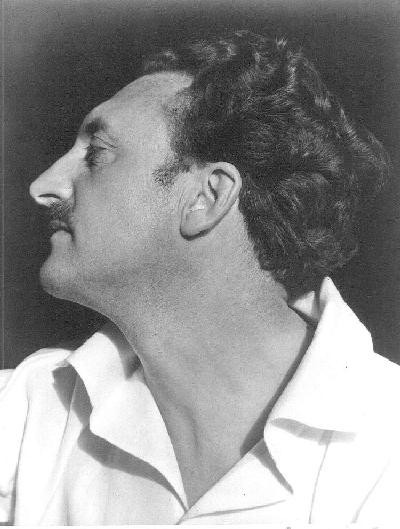 Rudolph Schindler was born in Vienna to a father who was a craftsman in wood and metal, and a mother who was a dressmaker. He was educated at the Imperial and Royal High School, the Vienna University of Technology, and the Vienna Academy of Fine Arts (the Wagnerschule), graduating in 1911 with an architecture degree. It was in that year that the Wasmuth Portfolio was published, introducing Frank Lloyd Wright’s work to a European audience.

Schindler also met his future colleague Richard Neutra at the University. Neutra was five years Schindler’s junior. Both men would go on to Chicago and thence to Los Angeles, Schindler emigrating in 1914 and Neutra, encouraged by Schindler, in 1923. Both men sought out Mr Wright, Schindler working for Wright from 1916 after the Imperial Hotel commission was secured. Schindler ran Wright’s work from a Los Angeles office while the elder architect was in Japan, 1918-22. Schindler and Wright’s eldest son John (Lloyd Wright) were responsible for the completion of the Aline Barnsdall residence compound, Olive Hill, Los Angeles, during that period. Schindler also worked for Lloyd Wright during that period. Barnsdall hired Shindler to design additional structures there.

Wright’s influence can be seen in some of the early work of Schindler, houses he began designing c. 1922; there are a couple of these houses which have window sash patterns borrowed from those in Wright’s home in Wisconsin, Taliesin. But, unlike all but a very few of Wright’s followers, Schindler developed his own ways of designing and constructing homes and small business structures, apartments and clubs.

In 1922 Schindler acquired land on the flats of Hollywood and built his own home, known since as the Kings Road House. This innovative structure was inspired in part, Schindler said, by a trip to Yosemite and a stay in a primitive cave-like shelter. The Kings Road House is a single-story affair of several contiguous wings, designed for two couples, sharing a kitchen and providing private gardens for the occupants. Tilt-slab concrete makes up the rear wall of each room, the four-foot-wide tapered slabs separated by a slit of glass. On the opposite side of these spaces a window wall of redwood, glass, and canvas-covered sliding screens opens to the garden, with clerestory windows admitting light above and several paired beams spanning the space to carry projecting roofs below the upper band of glass.

Schindler worked with Neutra out of his office in this house for several years, then proceeded with a solo career which lasted til his death in 1953. The years saw him adopt the local small-building vernacular of stucco-covered wood frame, often introducing plywood and increasingly manipulating space to suit each opportunity and site. He often designed both built-in and freestanding furnishngs, innovating especially in seating; he designed a number of chairs.

The architect was prolific and soon hired drafting help; he eventually gave up drawing (at which he excelled) and produced only the barest documents necessary to begin construction, preferring to improvise as the building progressed. His last years saw an increasing complexity of interior space — always the most compelling aspect of his work — and a freeing of the structural and visual connection between walls and roof. The discoveries which led to the design of the Kings Road House saw development in documents such as “Space Architecture” (Dune Forum, February 1934) and in articles like “The Schindler Frame” (Architectural Engineering, May 1947, wherein he detailed his concept of using standard structural members in an innovative way, drawing a “datum” at door-head height, above which the space could blossom with indepenent structure and roof-shape freedom.

Wright was clearly an influence in Schindler’s spacial aesthetic, as the above might suggest, but the Austrian native was his own man, following a pathto an architecture which even today is hard to categorize. He once wrote, “The question of whether a house is really a house is more important to me, than the fact that it is made of steel, glass, putty, or hot air.” Clearly, a man ahead of his time . . .