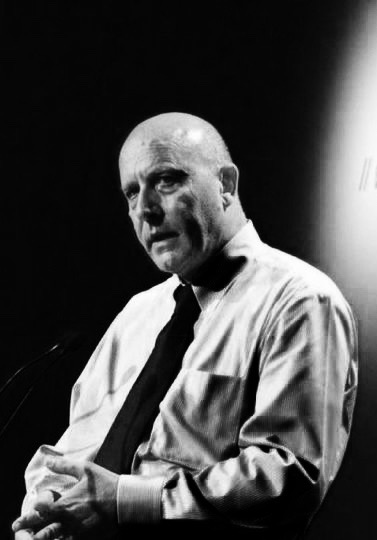 He started his Product Design activity in 1969 at Zoppas Elettrodomestici, where he helped in creating the inside team of Industrial Design.

Roberto Pezzetta’s professional career was indissolubly tied to that of the big multinational company he was working for.
The phases of this career were countless and Zanussi Design became tied to Pezzetta’s name for more than twenty years.
What made him non typical and far from the current Design Management definition within Zanussi Electrolux was the fact that he had a mark all of his own which made his works stand out, as well as his personal commitment in the designing of products. From January 2002 he became Creative Director for the Design of Electrolux Group, with the title of Vice President Design.

In 2005, having reached the retirement age, he left this position and is now an Industrial Design Consultant. In June 2016 he has been rewarded “Compasso d’Oro Career Award”.

The enthusiasm for his job and the belief that a designer’s professionalism gets energy from experiences born in various fields, have always pushed him to approach different fields in the application of Industrial Design. In fact, he co-operates with many companies and shows, facing themes about Industrial Design on a 360° radius.

He is fascinated by the world of communication (in one of his latest works he also touched on the world of the Augmented Reality) and his projects don’t stop at the technical formal solution, but push further to the research of the object that can express itself with character, liking and a lot of irony..
In October 2003, an exhibition titled “La Fabbrica e…i Sogni” (The Factory and…the Dreams) was dedicated to him in Oderzo, and it not only summarized the work done for Zanussi Electrolux within the period of time from 1982 until 2002 when he was directly in charge of the Design Center, but it was also dedicated to works he had done for many other companies over the years. The exhibition is documented in a short video: Roberto Pezzetta Works on YouTube.

“The more you enlarge the diameter of your knowledge, the greater the radius of your ignorance. Old Diagram … applicable to almost all professions … to the designer especially! “

“A good designer must be a bit artist, engineer, psychologist, sociologist, planner, marketing man and a good communicator; a bit of anything and a bit of everything”