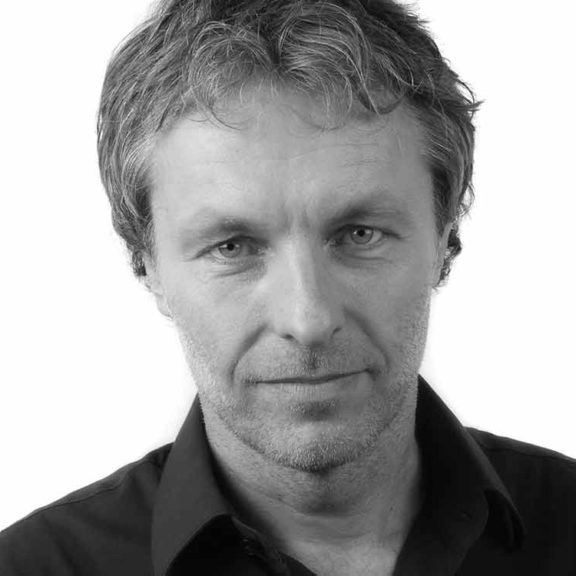 Arian Brekveld graduated at the Eindhoven Design Academy in 1995, after which he worked for three years as a designer on environmental and industrial projects at Ontwerpwerk in the Hague. Since 1998, Brekveld has been working independently from his studio in Rotterdam, where he designs his own products as well as works on assignments. In addition, he is the main 3-d designer at JongeriusLab, Hella Jongerius’ agency since 10 years. He serves as an important external link in the design and execution of products and assignments.
Brekveld is a designer with many faces; material and concept are indispensable to his work, but the essence of his designership is the detailed execution of a product or specific material. One example is the Softlamp: a small lamp made of dipmolded pvc, that was included in the Droog Collection in1995, and was purchased, among others, by the New York and San Francisco Museum of Modern Art. It is hardly surprising that the lamp was a popular success; its sympathetic shape, the smooth transition from wire to shade and the material’s transparency, reminiscent of porcelain or opal glass, are convincing setting points.

Arian Brekveld is a very Dutch designer: his work is functional and practical, is produced in considerable quantities and preferably without a great deal of fuss. These elements provide a checklist for his designs. His products do not suffer because the checklist is never used at the expense of the products’ attractiveness. Sober yet carefully crafted designs flow from his worktable. Brekveld’s designs are hardly famous for their elaborate forms. For him, simplicity is a basic necessity. For instance, he replaced a recently purchased lounge chair with a bed he had designed shortly before. A minimalist couch (to be bought by the metre with or without a few metres of matching pillows) was born and became a favourite in the Brekveld household. Adding something new to the collection is important, however. He almost literally traces the shape of the existing parts of products to arrive at a new design. His terracotta wine cooler, for example, is little more than a hollowed-out blow-up of a Bordeaux bottle, his Softlamp design traces wire and socket and the lamp shades fit closely to the light bulbs.

Another area of inspiration is that of traditional (and sometimes forgotten) techniques or materials. For example, while graduating he designed a series of tin vases, simply called the Tin Vases. They were purchased both by the Boymans van Beuningen museum and the Municipal Museum in Amsterdam. The design is based on an existing mould from one of the plants of the last remaining tin industry in the Netherlands. This ‘Old Dutch Rose Vase’ served as the basis for a number of forms that in turn are draped around a base like a cape. Brekveld designed six different variations, which resulted in a beautiful consistent series. The rigid and somewhat too short cape is made of scoured and untreated tin, erasing all memories of grandmother’s time.