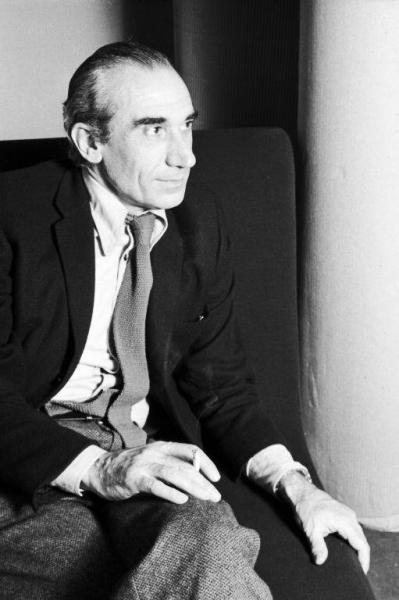 Alberto Rosselli was born 6 March 1921. He was an Italian architect, designer and teacher, co-founder of the Association for Industrial Design.

He was editor of the magazine Stile Industria from June 1954 to 1963, born as a rib of Domus, but then quickly acquires full autonomy and completeness.

This contribution and all his numerous essays have marked the history of Italian publishing in the field of design. Rosselli has also left his mark in the role of university lecturer and designer, thus testifying to his constant striving for innovation. In his academic activity, in particular, he has identified design as a real “decision-making process”.

He was a pioneer of industrial design and an advocate of new teaching based on rigorous methodological criteria, introducing the concept of design as a real “decision-making process”, laying the structural foundations for the foundation of the Technological Area of the Faculty of Architecture of the University of Milan.

Since 1951 he has been collaborating with the architect Gio Ponti and the engineer Antonio Fornaroli in the Ponti Fornaroli Rosselli (P.F.R.) studio from 1952 to 1976. He was a member of the jury in the first three editions of the Compasso d’Oro Award and received this award – in memory – in 1987. He passed away 7 March 1976.