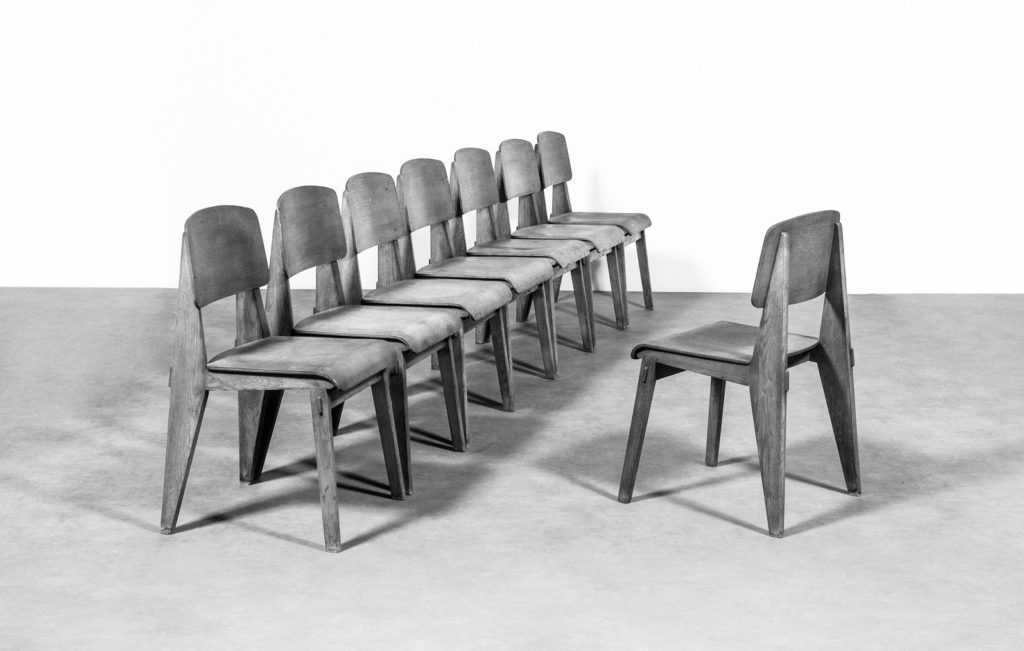 If the Second World War puts a stop to the furniture industry in France for lack of raw materials, it pushes other nations to invest in technological research. In the United States, emigrants from the Bauhaus who arrived in the 1930s are already working on new materials: curved plywood, molded plastic, rubber, etc. In Europe after the conflict, the urgency is for reconstruction. The creation of large complexes with the mass production of cheap flats disrupts the design of the habitat. The word “design” is not yet in common use and the situation seems confused: there is, on the one hand, the nostalgic followers of a return to the past styles and the single piece, and, on the other, the modern sensitive to the democratization of the elements that make up the living environment. 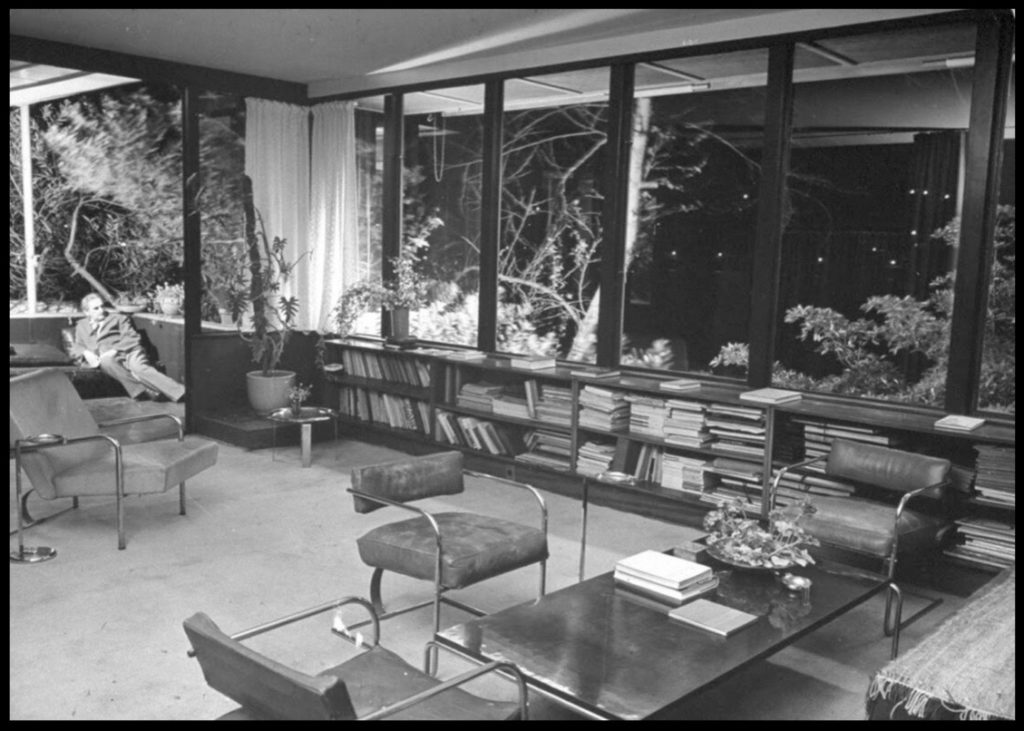 The World Exhibition of Arts and Techniques of 1937 in Paris and that of the world of tomorrow in New York in 1939 heralded an opposition that will persist in France throughout the decade. The ancients – Sue, Leleu or Dominique -, partisans of “the beautiful French tradition” and the cabinetmaking of art, draw refined furniture which revisits, by simplifying them, the styles Louis XV, Louis XVI, and Restoration, in order to decorate the vast rooms of the national palaces. In contrast, we find innovative creators – Prouvé, Royère, Sognot – often close to architecture. They aim at a less affluent clientele and defend functional furniture, with simplified lines, without decoration. Natural wood, plywood, metal, rattan, and linoleum are the favorite materials of this reconstruction furniture. In the United States, Charles Eames and Eero Saarinen invent the furniture of tomorrow. 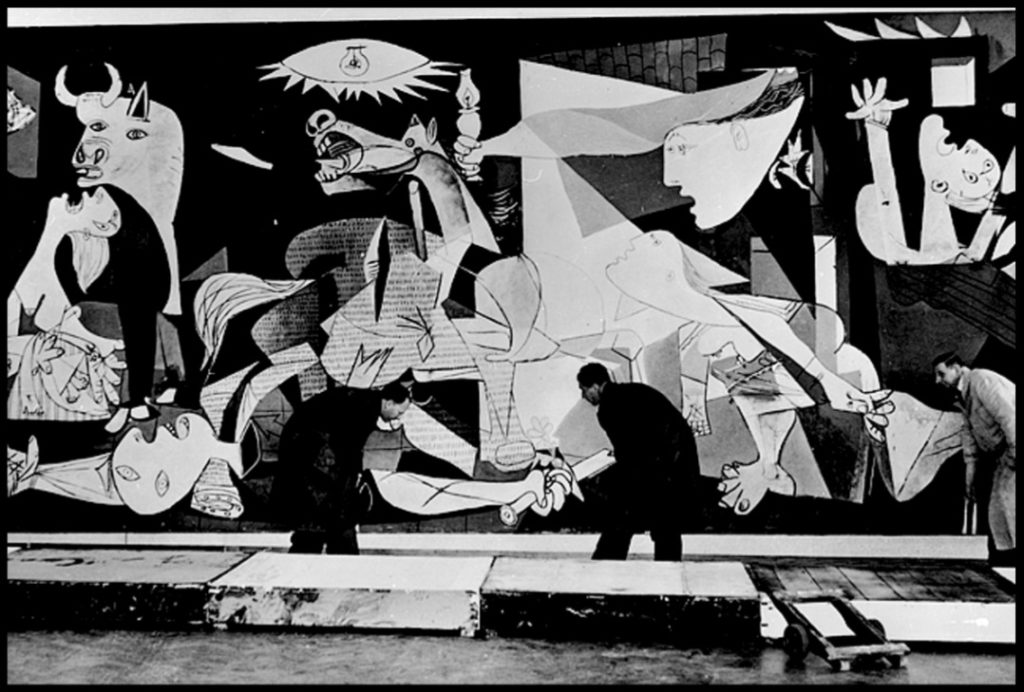 Charles and Ray Eames created “La Chaise”, a true icon of organic design, in 1948 as part of another MoMA competition. They were inspired by a sculpture by Gaston Lachaise “Floating Figure”. In 1940 in New York, MoMA (the Museum Of Modern Art), organizes “The organic design in home furniture” (organic design and interior furniture). The works of the young Charles Eames and Eero Saarinen will be awarded. 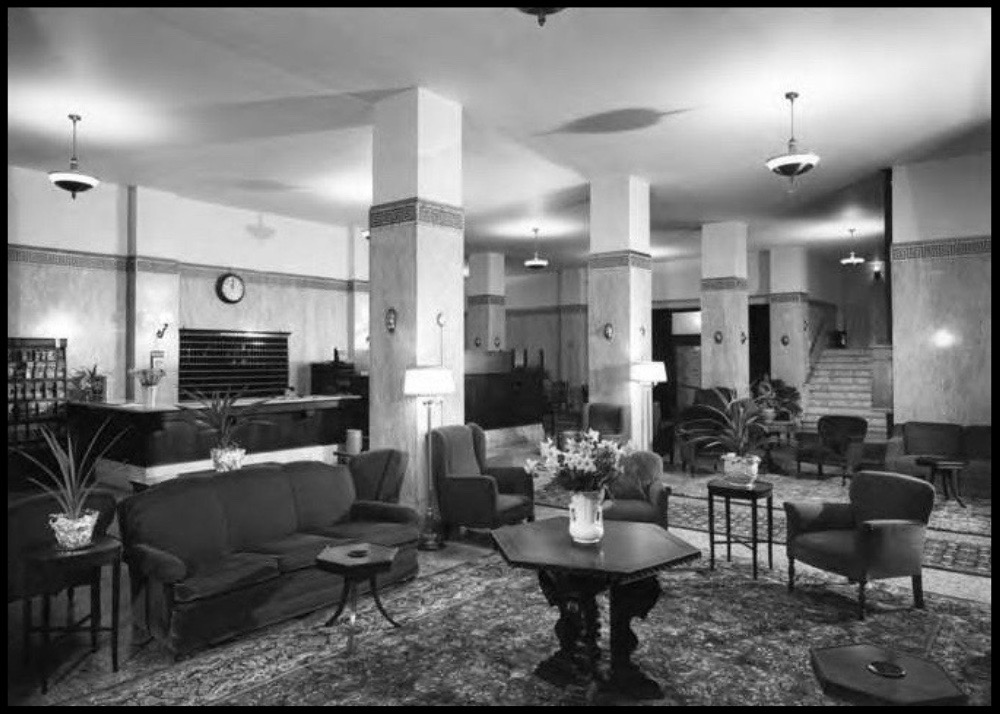 In France, the tradition of cabinetmaking persists with big names like Jacques Adnet, Eugene Printz, Arbus, Dominique, Kohlmann, Leon Jallot, Leleu. They created sets of sophisticated furniture, in a very high-end spirit, still, very often in Art Deco style, the UAM, which advocates a rational design (industrial) will only meet late favors of the general public. In 1948 Jean Prouvé (UAM) opens his workshop in Nancy.

As the industry is all geared towards the war effort, Great Britain, which is particularly affected, will experience a real shortage. The use of certain materials is strictly regulated as for wood, iron, steel, and aluminum.

As early as 1941, the Germans used polyamides for the manufacture of their parachutes, and Otto Bayer was responsible for the discovery of polyurethane in 1937. The latter was looking for a substitute component for nylon.

Between 1940 and 1945 rigid foams were thus used to insulate German aircraft and ships. It wasn’t until 1950 that Bayer was able to produce flexible foams.

Carlo Mollino experimented with new materials and exacerbated the lines as with his Ardea Chair imagined for the Minola house in 1944. 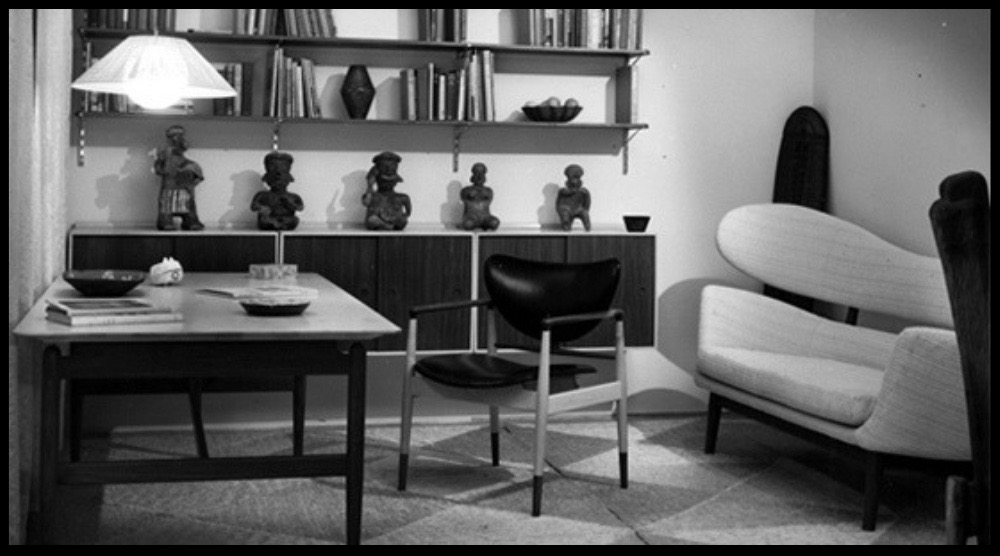 On the link below you can find a vast selection of our products from the 1940s. Don’t hesitate to check them out!