I have a rosewood Judas table with silver inserts but I have not been able to find any markings on the frame. It's obvious as to what it is, but I am trying to place the age of the table and was wondering if anyone knows if early or late examples could have been produced without appropriate markings, or am I just looking in the wrong places? Any help would be greatly appreciated! @rittercros. You will have to post photos of the table ; then our resident Finn  Juhl  expert @leif-ericson will be able to help you.

probably there are no markings from what I hear about the meaning of markings in that context ;-). It's a piece it has been anyway produced for a limited time so all this effort to determine whether it's from one year or another one to establish more or less value, not sure that makes sense...

Thank you for your advise. I know that some examples have been reproduced, though in Rosewood perhaps not. Just want to know what I have.

From a less helpful perspective, I would love to see photos purely for the joy of viewing one that is not shot against a white screen and listed on Phillips, Sotheby's or Wright.

Ha! Kyle, I know what you mean. I'll try to get some pictures over the next few days. It's currently sitting in my barn with the legs off. I recently sold a house, and had already moved, so the furniture from the other house has no place to live, and besides I recently remarried into a home with two adolescent boys so I'm sure not having them around the table is a good move. Ha! Kyle, I know what you mean. I'll try to get some pictures over the next few days. It's currently sitting in my barn with the legs off. I recently sold a house, and had already moved, so the furniture from the other house has no place to live, and besides I recently remarried into a home with two adolescent boys so I'm sure not having them around the table is a good move.

Good god, we’re talking about one of the most expensive dining tables on earth here. 😅 I‘m having a hard time imagining it sitting in your barn with the legs off.

"People buy a chair, and they don't really care who designed it." (Arne Jacobsen)

Yes, a barn is probably not the best environment for any veneered table. And certainly not something of that calibre, I think teenage kids dining at it, is actually the preferable option in this instance.

I don't know much about their construction, and it would make sense for items that were imported I suppose. But is the design sufficiently knock-down, that the legs just conveniently remove? I'd never thought of Niels Vodder as a pureveyor of wingnuts...

@kyle-barrett, As a newly-appointed Moderator of the Forum, the wingnuts are your problem now!

Yes, the legs of the Judas table remove with normal table hanger bolts through corner brackets.  Off the top of my head it uses plain nuts not wing nuts.  This is probably because it is a very large table and the owner might want to get the legs tighter than comfortable hand tightening with a wing nut.

Just now it is rosewood brings with it a fairly strong presumption of when it is from, but the real answer is in how it was constructed.  The most obvious difference is visible in whether there is a continuous band of veneer around the perimeter or whether the edge banding shows joints between the banding boards of solid lumber.  There are other differences too.

One strange feature of the Judas is the Niels Vodder did not offer it in his catalog until 1959 (or maybe later).  So while the model number (FJ49, same model number as the Egyptian) indicates  that Niels Vodder considered it to have been designed in 1949, it only occasionally showed up in random exhibitions or installation for the first ten years of its life.  Ergo: almost all of the Niels Vodder produced ones were made in the 1960s.

I do know that Roth Andersen produced the Judas, but I’ve yet to see one in rosewood.  The one I do recall was in solid smoked oak (which was gorgeous and honestly the Judas would have been so much easier to produce in solid wood than the elaborate work that Niels Vodder did to produce it in veneer).  You will notice with Roth tables that the side and end aprons are the same height though.

But please do take a bunch of photos.  Many of us would enjoy seeing it!

Just want to point out that my barn is temperature controlled, properly sealed, modern construction. The table is most assuredly not tucked between the stalls of the pigs and the cows. I will take a look at the edge banding when I take some pictures this week. Thank you all for your contributions here.

Did it come with some great chairs too ? Be aware, that these items are highly wanted and you will be attracting a great interest.

@andersen, This is exactly why we don't (and shouldn't) have a private-messaging function available to members of the forum.

Did it come with some great chairs too ? Be aware, that these items are highly wanted and you will be attracting a great interest.

It came with 4 Moller 78 chairs also in rosewood, which was surprising since it has two leaves, but that's what the package was. I subsequently bought an additional 6 Moller 78 chairs, though in teak. I am just starting on redoing the paper cord on those chairs.  The aged cord looks terrific but it is really fraying badly. I am also having the rosewood chairs reupholstered. I've used them for about 20 years now and they in a very sad state, deserving to look better. 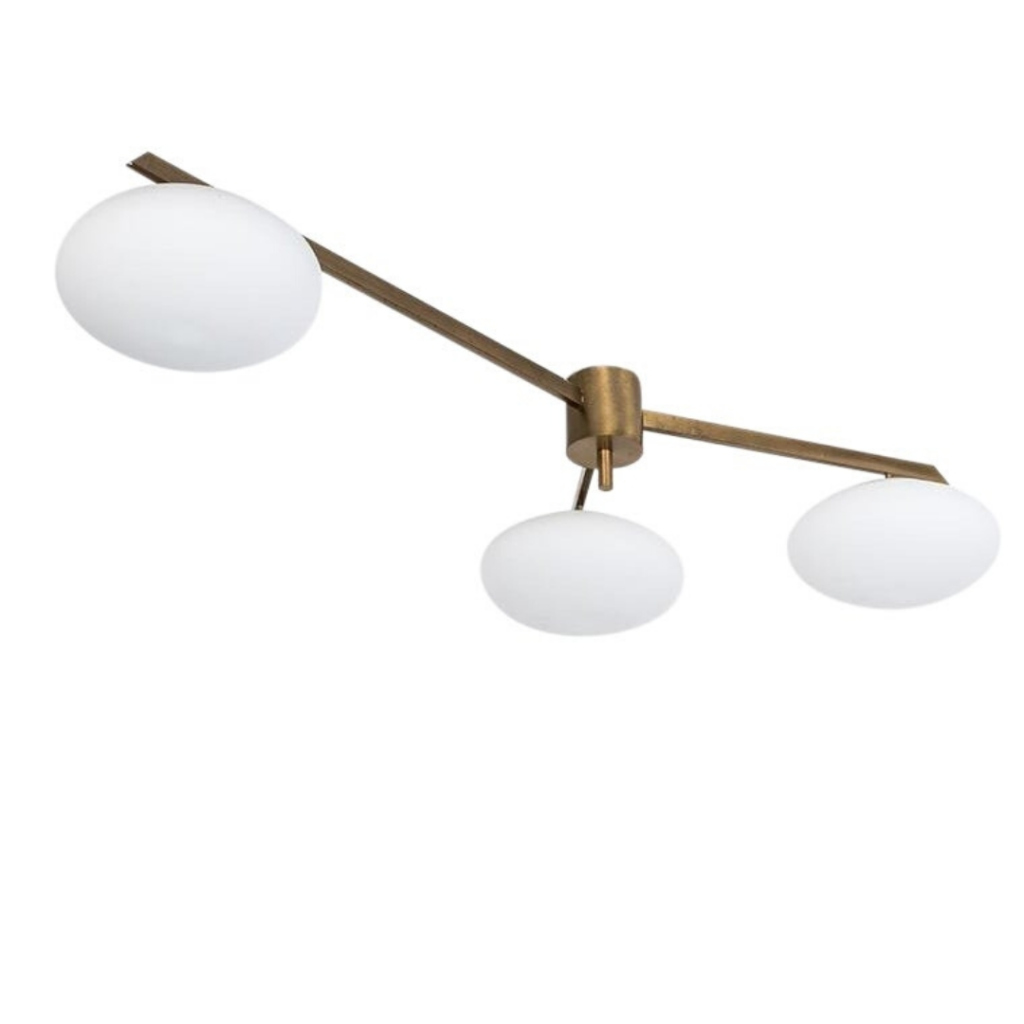 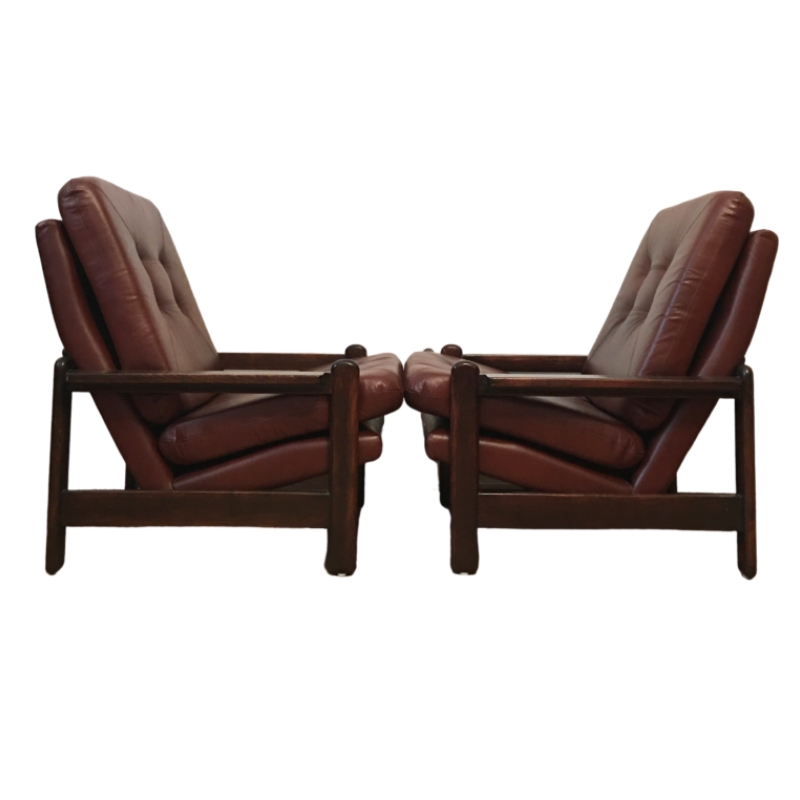 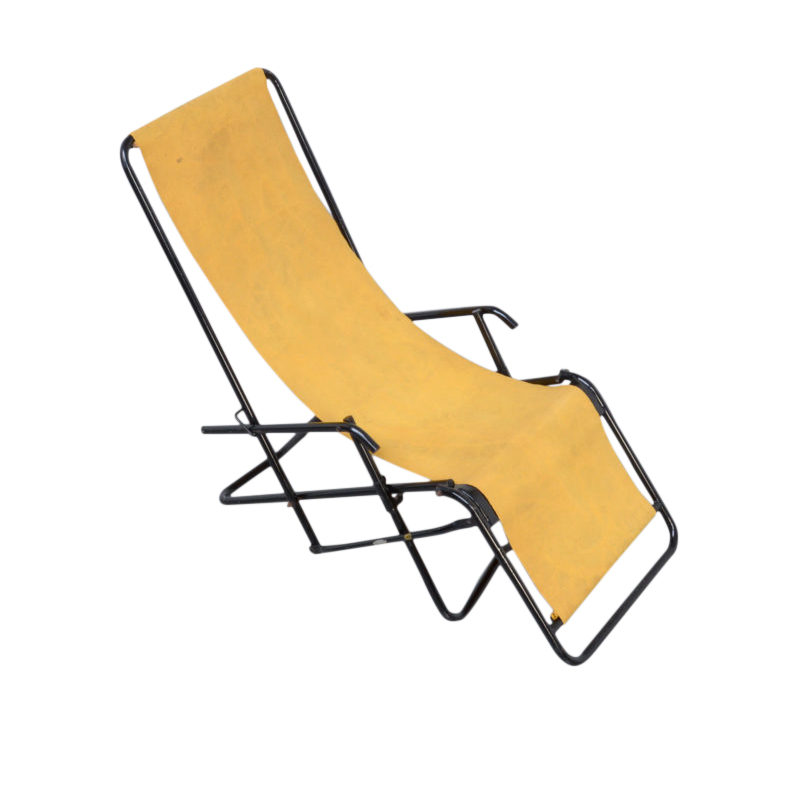 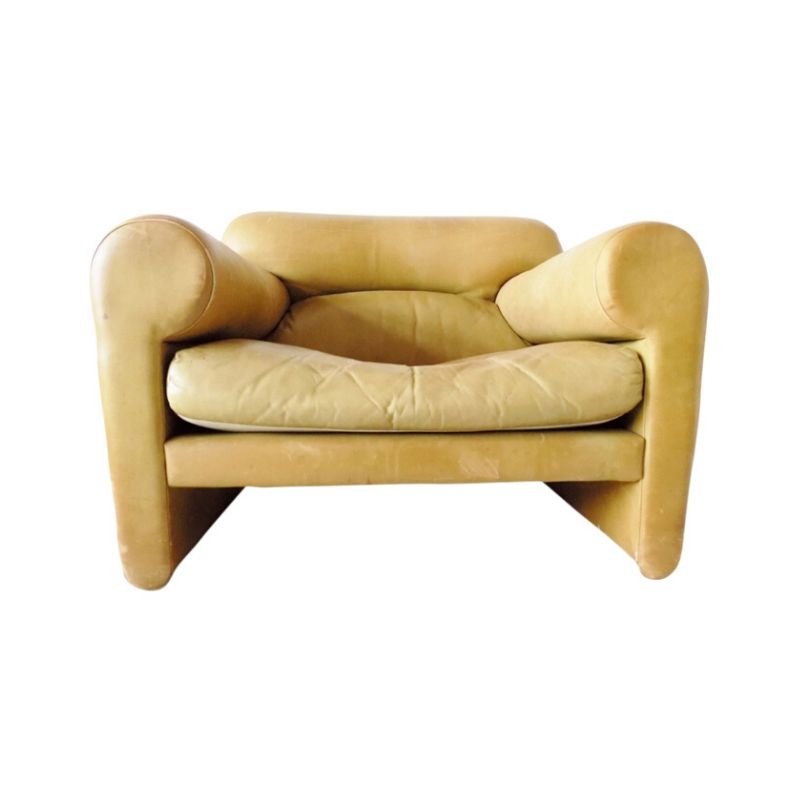 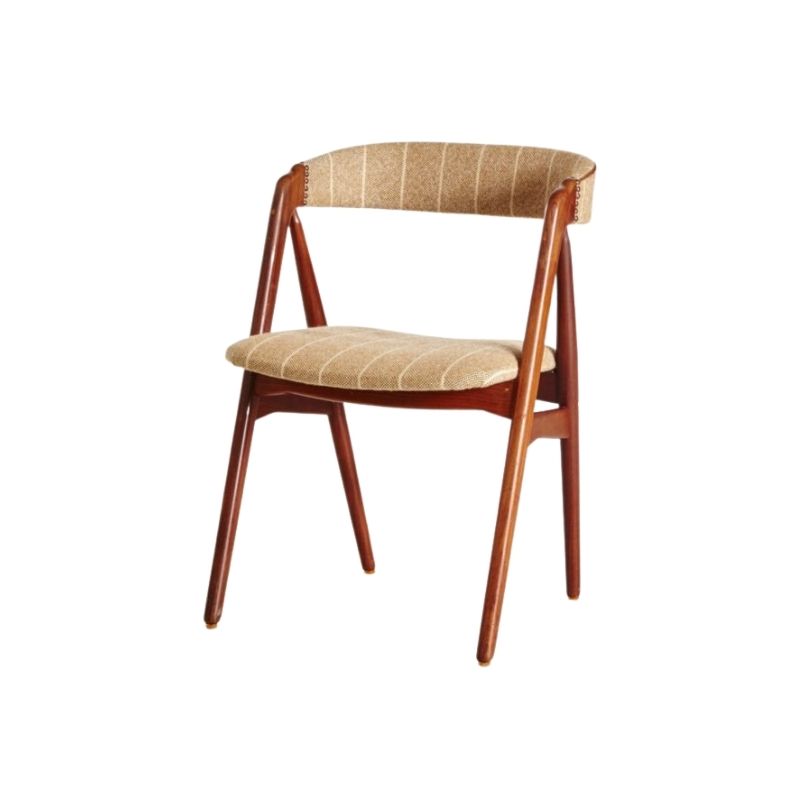 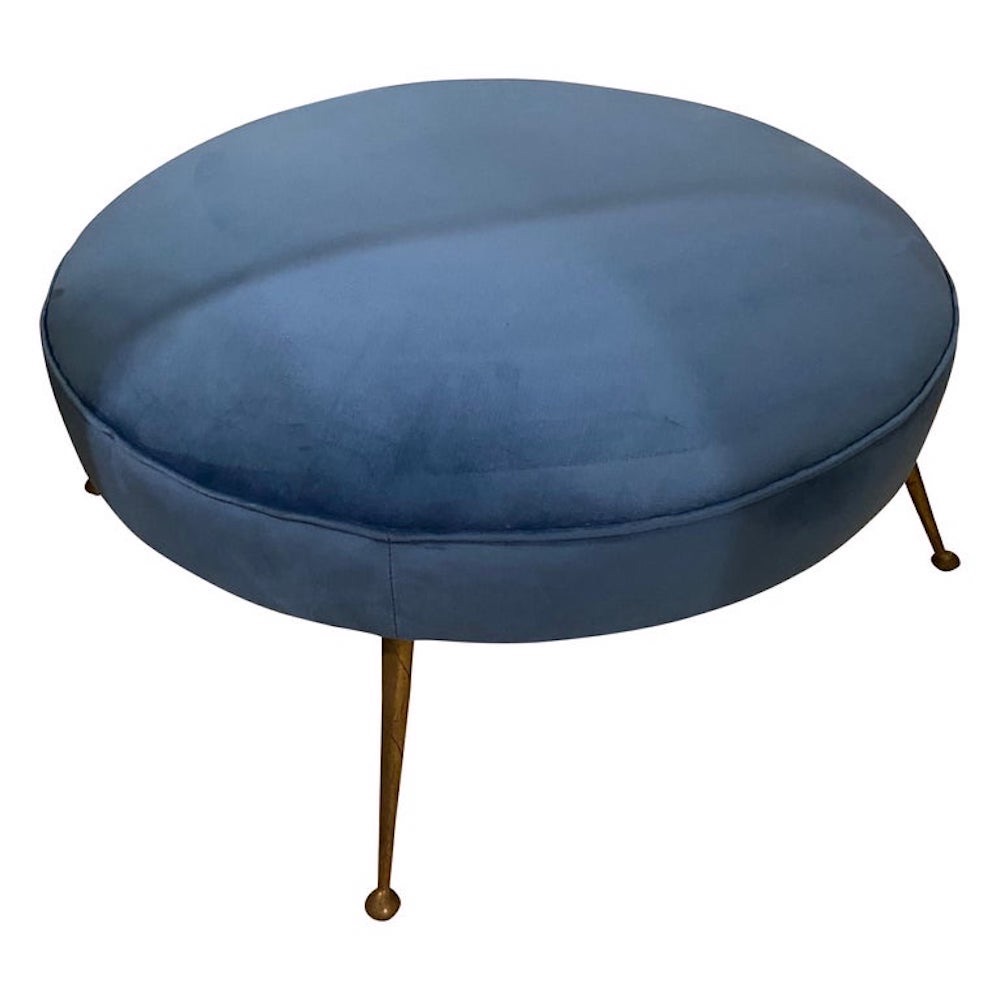 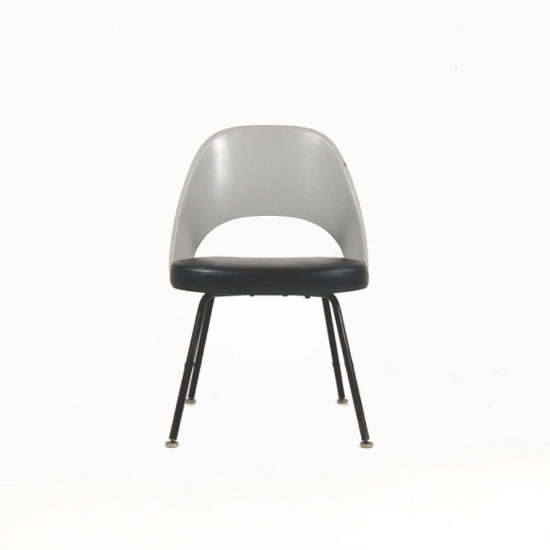 Chair No. 72 by Eero Saarinen for Knoll