I picked up a mid century desk last weekend, which will finally replace my old oak student's desk in the home office that I've had since college. Similar to many on this forum, the attribution search for found pieces is almost as much fun for me as enjoying the piece itself. This particular desk is not very common, as I've only found one other example online after extensive searching: one that was sold by a North Hollywood dealer. Coincidentally, when talking to the previous owner on pickup here in Chicago, he had acquired it 12 years ago from a dealer in West Hollywood. For a moment, I thought they might be the same desk, but the wood grain patterns do not match. Anyway, the design appears to be to me a hybrid of Danish and American styles. I believe some of the wood is teak veneer, but then there also appears to be oak pieces that have a teak stain on them. The underside of desk top is a solid lighter hardwood (beech or birch?), but then there is also particle board components under the drawers. The drawer pulls have a Danish feel to them, but the side "A" frame members have a routed edge profile that says American. The tambour doors also feel American in style to me, but I must admit I'm not sure why. I would put overall construction quality as fairly good. It is solidly built, heavy, and has finished wood panels on the rear side. The only markings on it are some hand-written numbers on hidden surfaces (23A, 23B, etc), which appear to be the usual fabrication ID marks. Has anyone ever come across this desk design? Perhaps the two Hollywood purchases indicate a manufacturer in that area. Thanks. http://fab.com/product/danish-modern-tambour-door-desk-242347

What a strange desk! I tend to take your word it if you say it is teak, CDSilva, but I will just ask anyway: are you sure it is teak veneer? From the photos it looks a bit like walnut that has been bleached & stained to make it look like teak (it can be very convincing, even in person). edit: The little knots visible on the drawer fronts are what really make me think walnut and not teak.

I am not sure at all if it is teak. I am unfamiliar with bleached walnut, so it could very well be that.

Here are closeup crops of three areas of the wood. I'm not sure if the dovetail joints were that sloppily constructed or rather just a sloppy attempt at repair. I could happily live without knowing the exact wood type. I'm more interested in understanding where it came from.

Listing the features, the only one that makes me question an American origin is the teak veneer. And looking at the close-up, I really don't think that wood is teak. I am reasonably certain it is walnut. So it is an American dressed up as a Dane.

So last weekend, I moved the desk to the top of my work list and did my favorite Howard's 1-2 punch wood reconditioning. I'm constantly amazed at what Neutral Restore-A-Finish, 0000 steel wool, and plenty of rubbing will do to stains/wear that initially look to be there in perpetuity. About 95% of the marks were removed and the Feed-N-Wax finish has added a nice soft sheen to piece. It turned out so nicely, that we made the decision not to put it in the upstairs office, but rather in the front entrance foyer instead. It replaces an Arne Wall Iversen entry chest/planter that I've had there for a couple of years that was a little too small for the space, and also provides a new home for the old world atlas and globe that had been floating around the house in search of an appropriate resting place. With respect to the wood type, I'm still a little unsure. Leif's suggestion of bleached walnut with a stain may still be correct. However during the reconditioning process, I never saw any worn stain areas (or hidden unstained areas) that you usually find with vintage stained pieces. No worries, though. The wood is striking no matter what it is. Now I just have to figure out where to put the Iverson piece.

Every few months or so, I'll come back to a piece that I previously could not ID and give it another shot. While far from conclusive, I was able to gather a little more info recently about my bi-level tambour desk.

When I last left off, I had assumed that the desk was made in California sometime during the mid-century era, primarily due to the fact that I had bought it off a guy who got in in West Hollywood, and the only other example I could find online was sold from a North Hollywood dealer. And, as per leif's suggestion, I can see how the wood is some type of walnut and not teak.

During this latest search, I found a small credenza and a pair of nightstands that were almost certainly by the same designer. Both items have the uncommon raised profiled edge trim as my desk, and the credenza has a similar tambour door design as well. Both listings are from a 1stDibs dealer, located perhaps-not-so-coincidentally in Hollywood, who has attributed them to John Kapel for Glenn of California. Unfortunately, there are no labels or marks on their pieces. When asked where they got their attibution from, the reply was that they "have done research on the piece to prove its authenticity" . . . whatever that means.

I always thought the white laminate cabinet dividers and rear panel (as seen in the 2nd photo of the first post), was an odd match with the rest of the wood design. But this material combination is consistent with other documented Kapel for Glenn pieces I've seen online.

Additionally, I did send an inquiry to Jeff Baron, whose grandfather and father ran Glenn of California (as per another DA thread), about this desk. He was kind enough to reply quickly, but did not have any information about the desk.

So, while this last effort of googling produced more fruit than the first time around, I'm still at a "can be attributed to John Kapel for Glenn of California" level at best. Any of you out there have experience with John Kapel pieces?

Not sure why I didn't come across this during previous searches, but I now believe Dillingham to have been the manufacturer of this desk. There are quite a few photos of labeled Dillingham furniture online that have the same profiled edge trim, tambour door details, and/or white interiors. Could have been part of the Esprit line, or similar.
Those references I posted in Nov 2014 for John Kapel and Glenn of California appear to be misattributed Dillingham pieces as well. 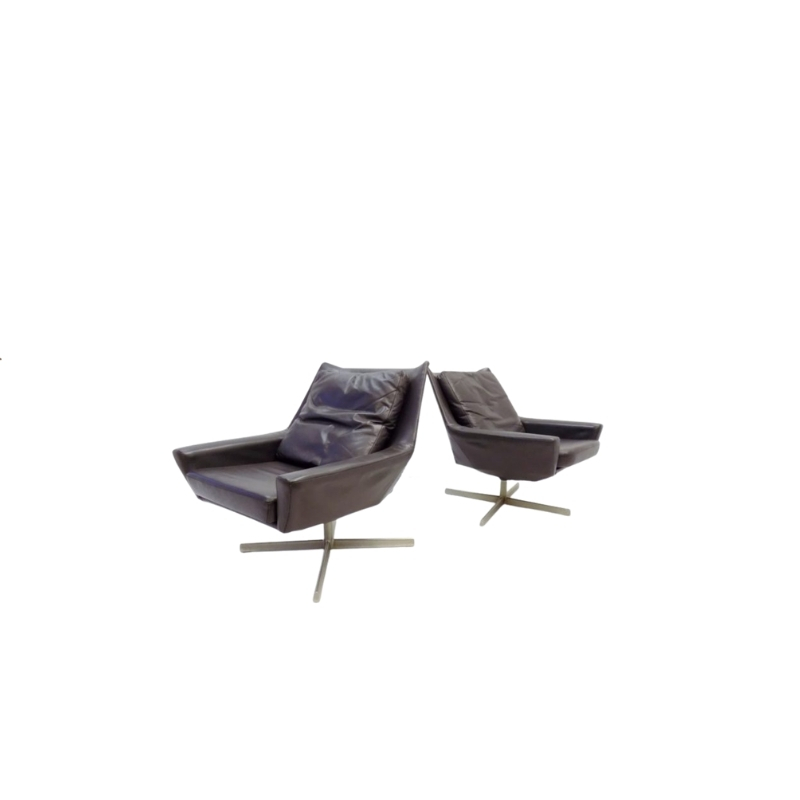 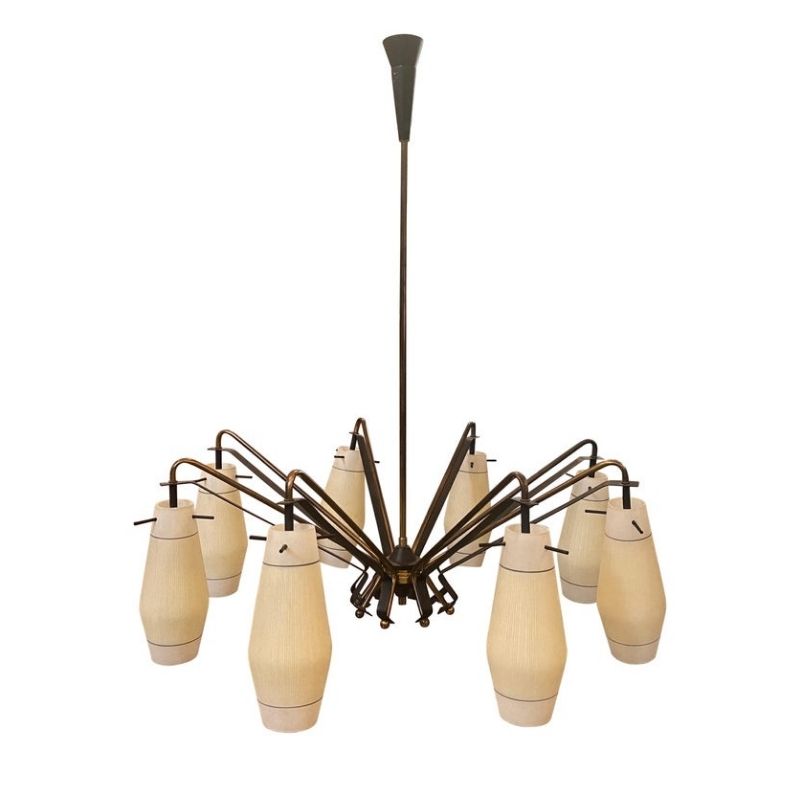 1960s Mid-Century Modern Italian Chandelier in the Manner of Arredoluce 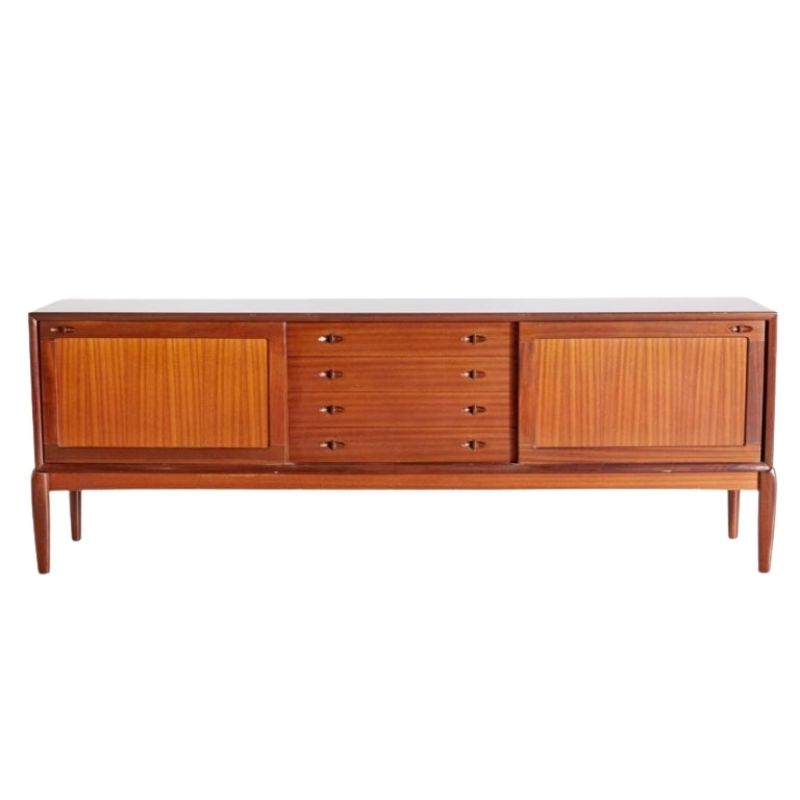 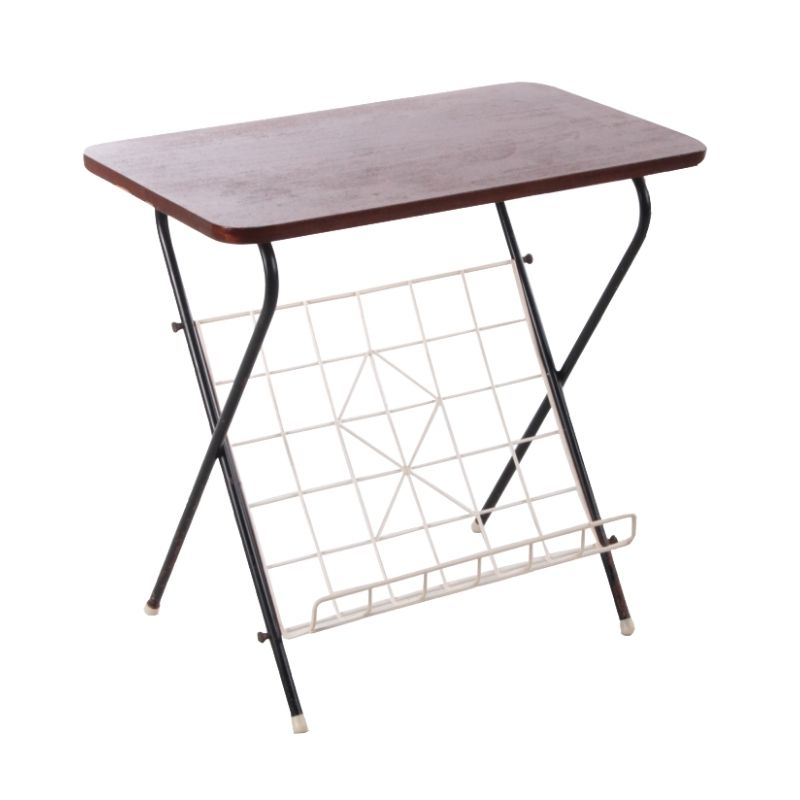 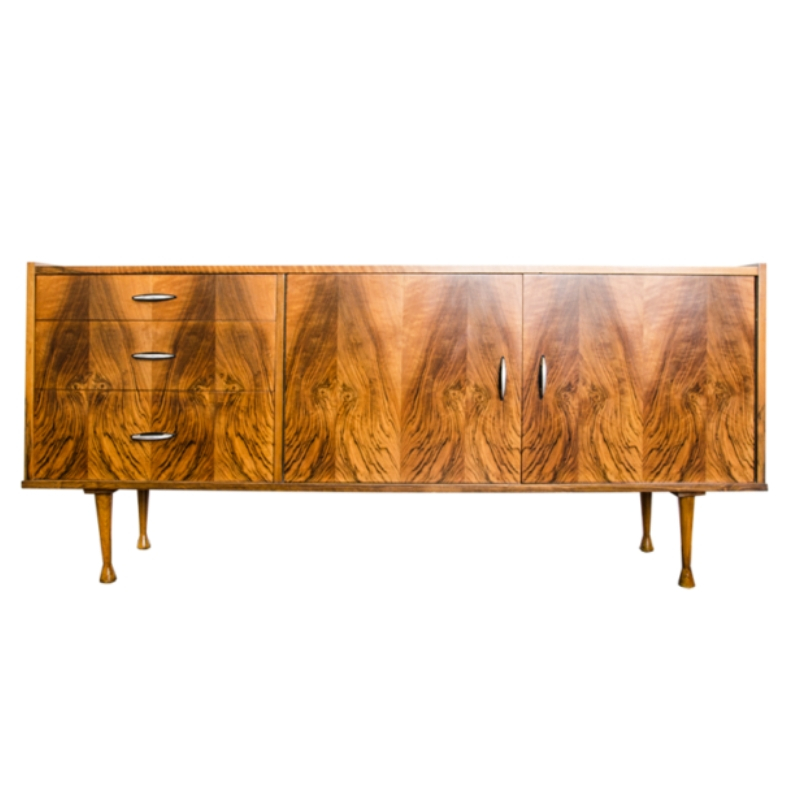 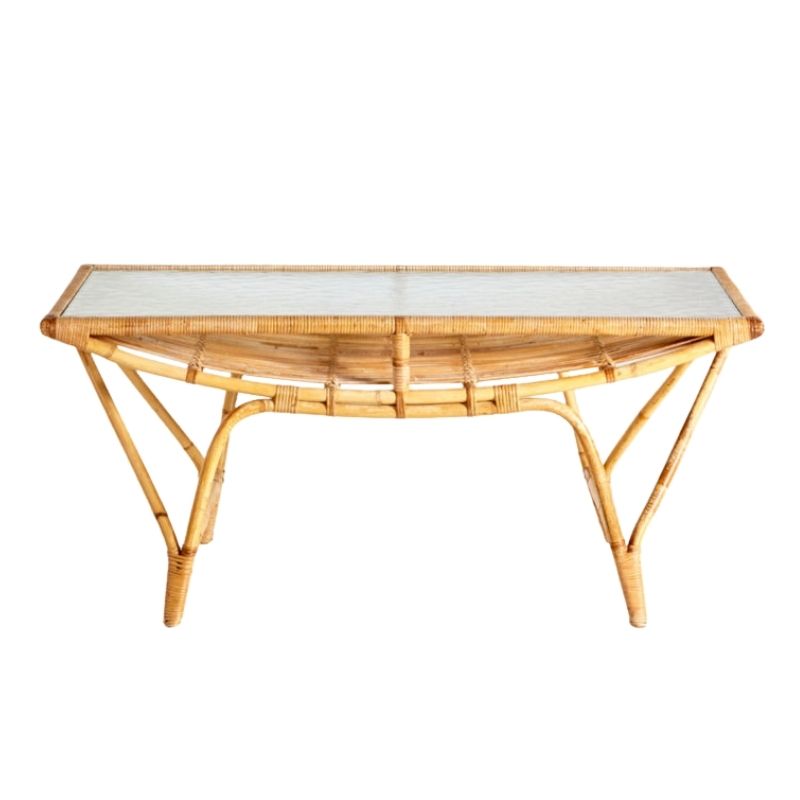 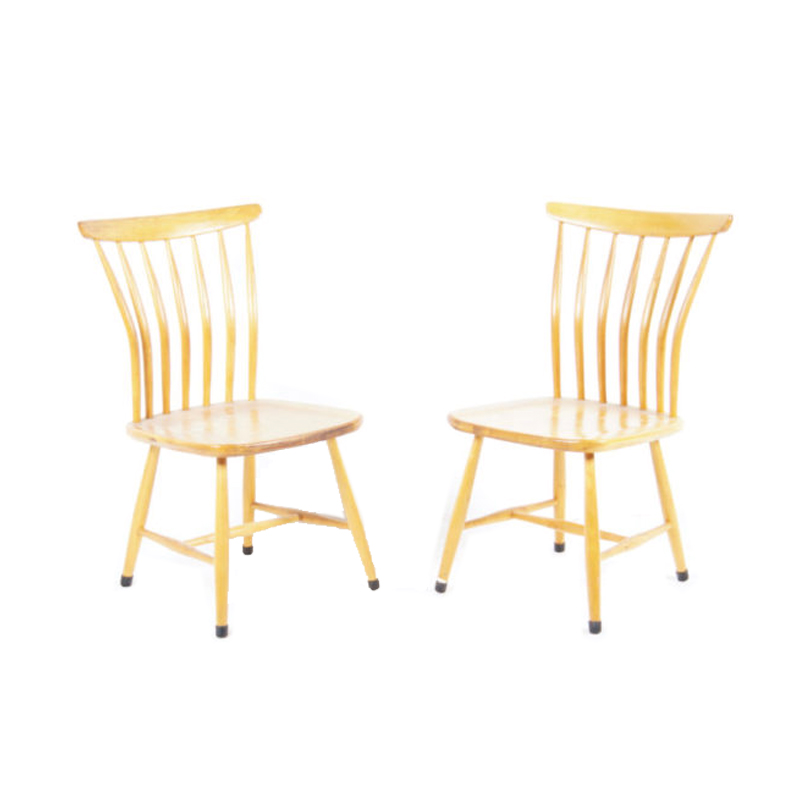