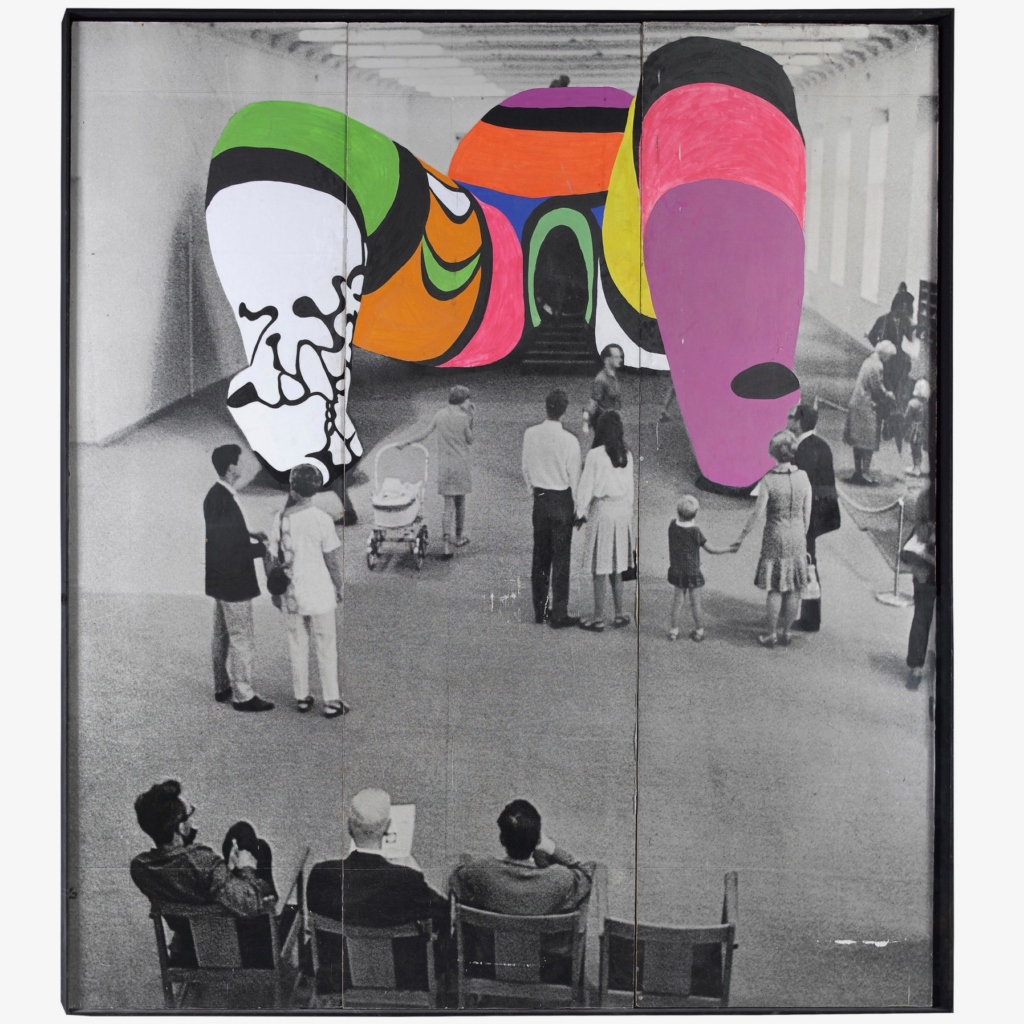 Early in her career, Saint Phalle pushed against accepted artistic practices, creating work that used assemblage and performative modes of production. Beginning in the late 1960s, Saint Phalle starting making large-scale sculptures, which led to an expansion of her practice into architectural projects, sculpture gardens, books, prints, films, theater sets, clothing, jewelry, and, famously, her own perfume. From this period forward, Saint Phalle also created a series of innovative works that reflect an ethos of collaboration and engagement with the politics of social space. Addressing subjects that ranged from women’s rights to climate change and HIV/AIDS awareness, Saint Phalle was often at the vanguard in addressing the social and political issues of her time. Her illustrated book, AIDS: You Can’t Catch It Holding Hands (1986), written in collaboration with Dr. Silvio Barandun, worked to destigmatize the disease and was translated into six languages.

Central to the exhibition is an examination of Saint Phalle’s large-scale outdoor sculptures and architectural structures, including her central life project Tarot Garden, a massive architectural park outside Rome, Italy, which she began constructing in the late 1970s and continued to develop alongside key collaborators until her death. Opened to the public in 1998, the garden and its structures, which are based on the Major Arcana of the tarot deck, allow for moments of interaction and reflection that underscore Saint Phalle’s use of art to alter perception. The exhibition will include photographs and drawings of Tarot Garden as well as models that Saint Phalle created for its various structures.