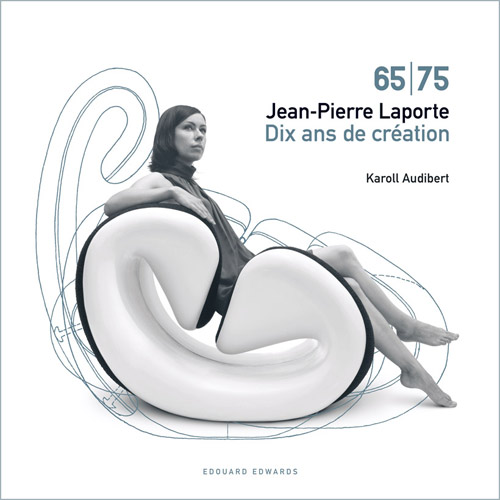 The author of the book, Karoll Audibert, is a French graphic designer passionate about unknown creators. In 2007 he finally met Mr. Laporte after a long search. Here is the result of his patient and impressive work.
This is the first book published about Jean-Pierre Laporte, French interior architect and discreet designer not enough known by the general public. ’65|75, Jean-Pierre Laporte, dix ans de création’ presents his mid-century creations. His work was recently highlighted at the Moby Boom exhibition in Paris, and also in a retrospective at Edouard Edwards Gallery last year.