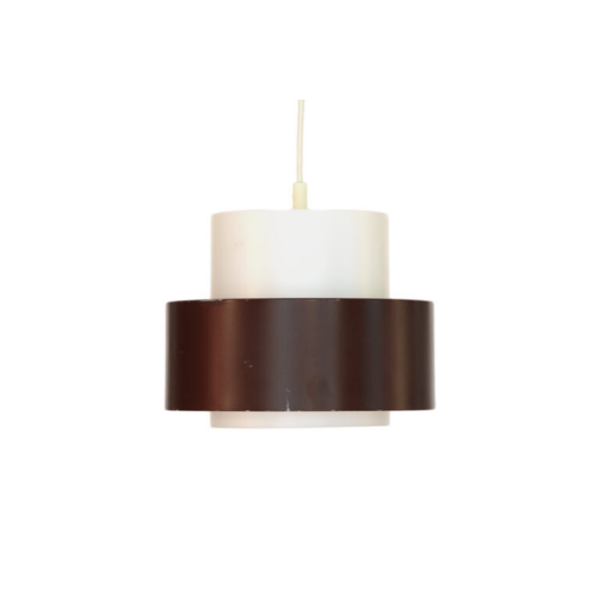 Cylindus is a two tone pendant light in frosted thick plastic. Very well built and with a beautiful shine lighting the whole piece evenly using just one single light bulb. Good projection of light downwards as well as a soft wide spread up and to the sides. This light came in many color variations of the center ring. In this case brown. Some marks and scratches on the surface as seen in the photos. But no breaks or cracks. The surface damage on this one is well reflected in the price. The brothers Uno and Östen Kristiansson had the legendary Swedish design lighting company Luxus during the 1960s and 70s.   Diameter 35 cm, height 25 cm. Standard E27 light bulb.   Swedish lighting and furniture manufacturer Luxus was founded by Uno Kristiansson circa 1950 in the city of Vittsjö. Renaming and running his father’s production company Vittsjö Möbelfabrik AB from 1966, it is believed that Uno’s brother Östen soon merged the two companies, when it became simply Luxus.   In 1968, Luxus presented a collection of lamps with brightly colored textile shades, which according to some sources were designed by renowned Finnish textile artist Marjatta Metsovaara (1927-2014). Most of Luxus’s products, however, were designed in-house by Uno and Östen. Like many of their Scandinavian contemporaries, the Kristiansson brothers favored teak but did not shy from using glass, leather, plastic, and acrylic. 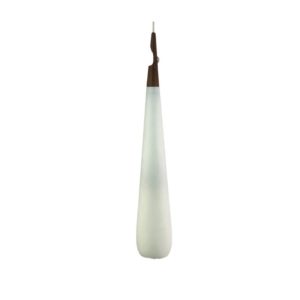 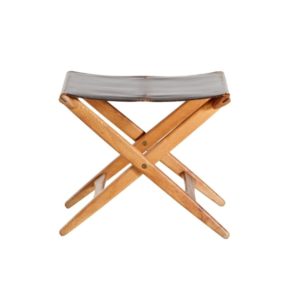 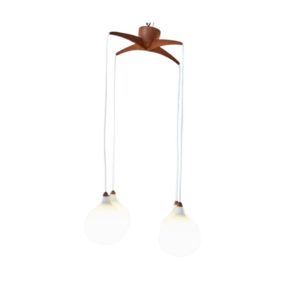 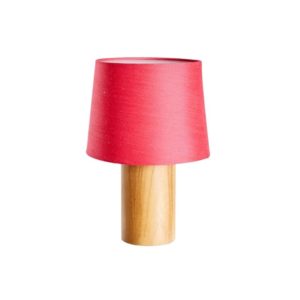 Table Lamp with Teak Base by Uno & Östen Kristiansson for Luxus, 1960s 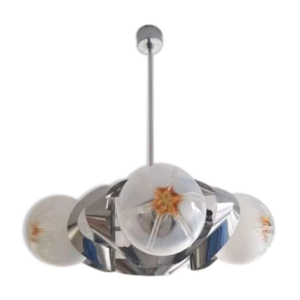 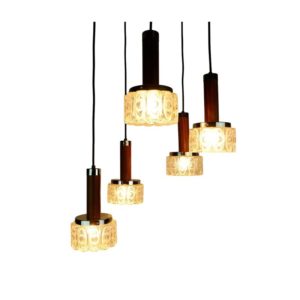 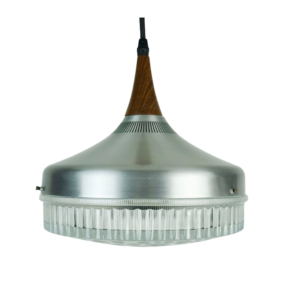 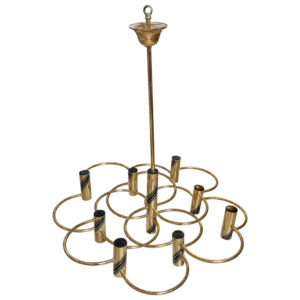 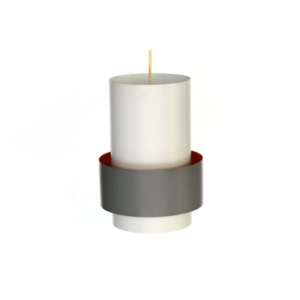 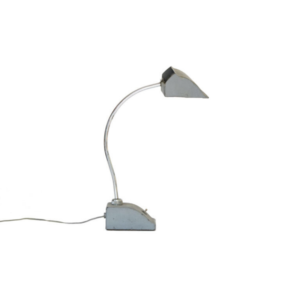