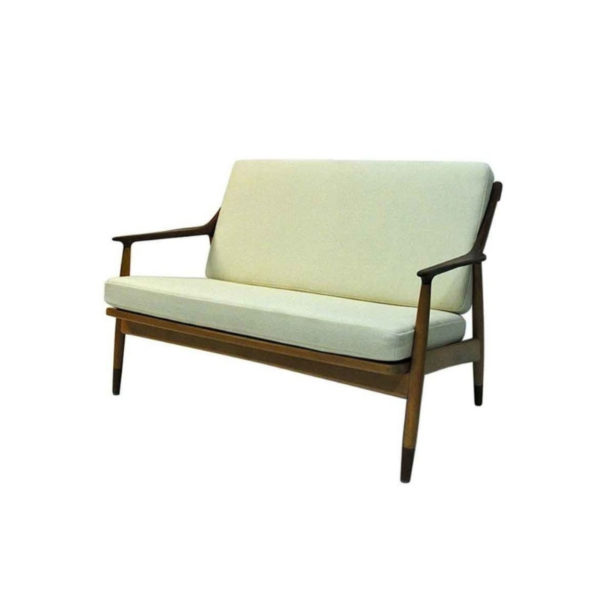 Danish Modern love seat newly upholsthered in a Norwegian cream white whool fabric named Amdal 100 from Gudbrandsdalen Uldvarefabrikk. This 2-seater sofa is designed by Kurt Østervig for Jason Møbler in Denmark 1950s, and has a solid oak wood frame with curved teak wood sculpted armrests. Lovely spindleback. Measures: 87 cmH x 124 cmL x 79 cmD. Very good vintage condition! Kurt  Østervig  (1912-1986) was trained as a shipbuilder in Odense, Denmark but he attached to wood rather than steel which led to employment as a furniture designer in E. Knudsen’s Studio, among the largest of the times. In 1947 Østervig established his own studio from where he worked with several of Scandinavia’s largest furniture manufacturers as: Bernh. Pedersen & Son, Bramin, Jason, Rolschau, Sibast and Vamo, to name a few. 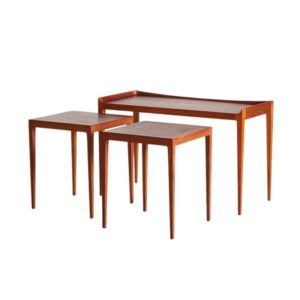 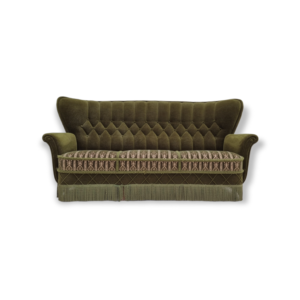 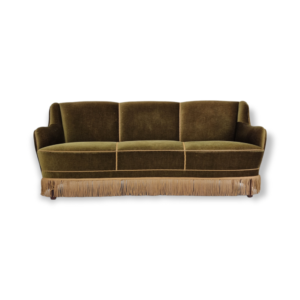 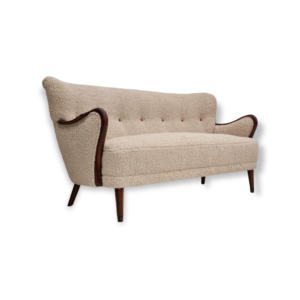 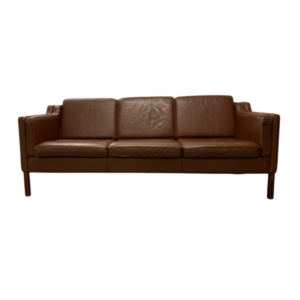 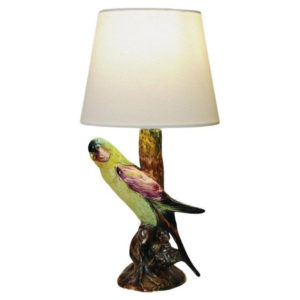 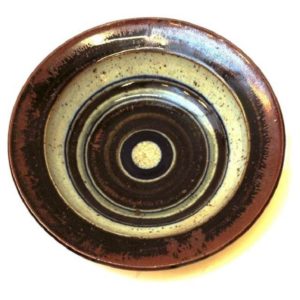 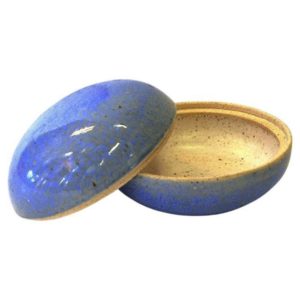 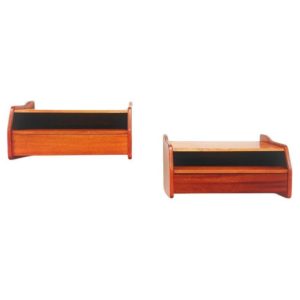