During the 1930s, BBPR members were close to MIAR (Italian Movement for Rational Architecture) and Gruppo 7.

However, in 1938, the fascist government introduced laws of racial segregation in Italy. The architects of BBPR decide to oppose these laws and join the resistance. Rogers who was Jewish-born fled to Switzerland, while Banfi and Di Belgiojoso were deported to the Mauthausen concentration camp, where Banfi died in 1945. After the war, Di Belgiojoso, Peressuti and Rogers returned to Milan.

In the second half of the twentieth century, BBPR’s architecture took on a more brutalistic character, notably that of the Velasca tower in Milan in 1958. During this period, they realized many projects, most of them located in Milan: offices and palace rehabilitations, but especially housing operations.

BBPR’s philosophy is halfway between tradition and modernity. The constructive systems of BBPR’s projects use post-beam structures and modular elements perfectly in line with the constructive thinking of modern architects. However, where modernity advocates a rejection of historical forms and a break with the existing city. BBPR seeks on the contrary to reinterpret these historical forms and to mark a continuity with the existing. BBPR’s projects seek to respect what Rogers calls “preesistenze ambientali” (the pre-existing environment), and adopt a “caso per caso” posture (case by case) strongly influenced by the site. 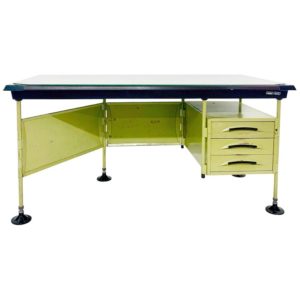