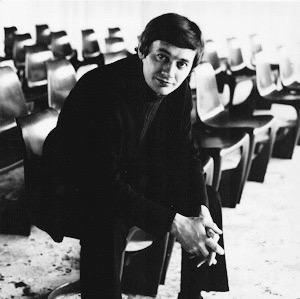 Steen Østergaard was born in Denmark 1935.
After his schooling he apprenticed as Cabinetmaker and Imagery Carver.
He started his education as furniture architect at the famous School of Arts & Crafts in Copenhagen, Denmark in 1957 and obtained certificate with honour and highest degree.
Already before SO finished his education he won the 1st prize for his furniture design in the international competition, on the occasion of the 500-years Jubilee of the Danish Upholstery Guild in Denmark, presented at the ‘Kunstindustri’ museum, The famous Museum of Arts and Design, Copenhagen Denmark.
SO has always been in advance of his time, already as 5-years old he constructed and build his own models of air-planes.
In 1965 he was selected: “The designer” of “THE FURNITURE OF THE FUTURE” – which manifest its self, as today, 75 years of age, his designs are still highly popular and he is up-to-date with his latest models of furniture ‘Alfa Lux’ and ‘Omega’ produced by Nielaus ApS, Denmark.
His classic A-series 290 & 265 of plastic (poly-amide) furniture from the sixties, are today in great demand worldwide at the International Auctions of Art.
SO constructed and designed the first plastic chair, injection-moulded in one piece in 1966, at a cycle time of only 132 seconds.
Today the chairs are represented in private homes as well as restaurants, churches, cloisters, the Nuclear Power-station, Basebäch in Sweden and the most feared prison Saint Quentin in USA.
The lounge chairs are in the rocket base in Houston, Texas, where they are moulded specially sealed to the floor, so under launching of rockets, they will not move.
In 1981 he constructed and designed the first “Action Recliner” chair with built-in footrest, since copied all over the world.
For SO is it of great importance to combine aesthetic designs with the human anatomy, so you are always ergonomic and comfortable seated in his furniture.
He is a perfectionist and never stops before having solved all kinds of technical problems.
As a hand-worker he often makes the prototypes of the products himself and he has solved many obstructions for the furniture industry, including furniture for elderly and disabled people.
Among other things he is the architect and Industrial designer of Garden grills, The Ship, Coffee dispensers, Electrical tools, Vacuum cleaners, Lawn movers, Whistling kettles, etc.
In 1986 the family moved to Oxford, England and later on to Flensburg, Germany. Now he lives in South of France, where he is still active as designer, and always has new ideas on the drawing board -he still spend most of his spare time skiing, playing tennis and especially working in the beautiful gardens he also creates.