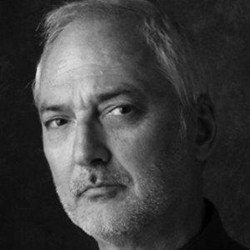 Born in 1947. A- level G.G.E. in sciences and degree in architecture at the Politecnico in Milan.