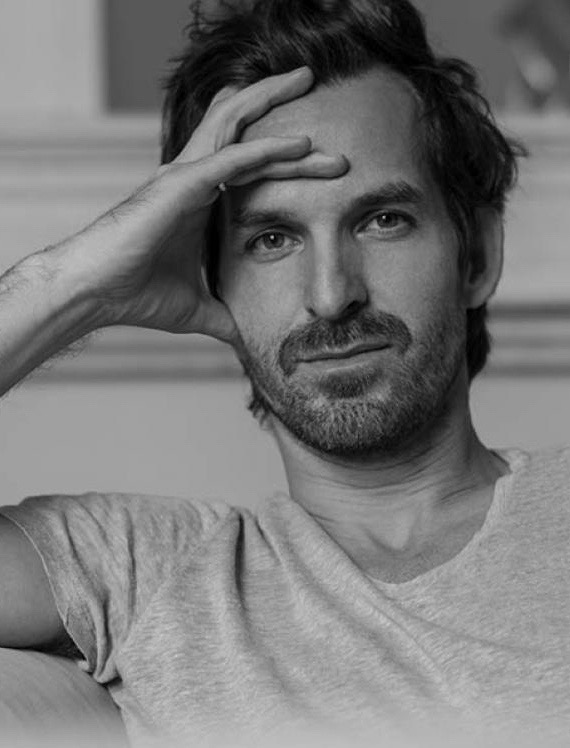 Mathieu Lehanneur is a French designer who is on the forefront of the international design scene; he is also one of the few in his generation to use his talent in a variety of areas, beyond furniture.
Innovatively, he combines design, science, art and technology as poetic-communicative components to achieve maximum welfare for human beings. Air, water, sound and light are his favorite work materials. Graduated from ENSCI-Les Ateliers ‘École Nationale Supérieure de Création Industrielle, his project entitled “Theurapeutic Objetcs”, which explores the relationship of humankind and drugs, is part of the MOMA’s permanent collection. In 2008, Popular Magazine’s “Best Invention Award” was awarded to Andrea, which was created in partnership with David Edwards and based on studies developed by NASA. Mathieu Lehanneur designs for brands such as Veuve Clicquot, Issey Miyake, Christofle, Cartier, Poltrona Frau, JCDecaux, Nike, among others, with the same proficiency as he creates spectacular projects for Saint Hilaire Church, for the Diaconesses Hospital, for the new hotspot of the Parisian scene, Electric, for the Pullman Hotels (London and Paris), for the Centre Pompidou, for Audemars-Piguet and for the upcoming cultural center Lab Cambridge, opening next July. In his portfolio are, yet, pieces exclusively designed in limited series for the Carpenters Workshop Gallery. His works are also in the permanent collections of Centre Pompidou, SFMoMa, the foundation of contemporary art Frac Ile de France and Design Museum. Mathieu Lehanneur was invited to lecture at TED Conference programs and in 2012 to have his book published by the German publishing house Gestalten.