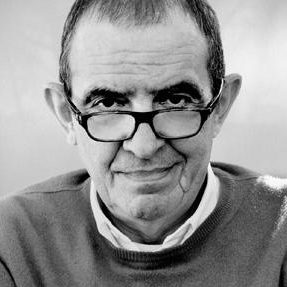 The architect Massimo Morozzi was born in Florence in 1941 and spent much of his life living and working in Milan.

Together with studios UFO and Superstudio, the founders became known as the “Italian Radicals”, and invented “Superarchitecture”, which their manifesto described as “the architecture of superproduction, superconsumption, supermarket, superman, super petrol”. This endorsed creative processes along the lines of Pop in architectural and design development, exemplified by objects such as the “Superonda”-sofa. Archizoom’s projects included pop art-inspired furniture and the influential but unbuilt “No-Stop City” proposal for a city built on an infinitely expanding grid. The studio disbanded in 1974.

From 1972 to 1977 he coordinated the Montefibre Design Centre for the development of textiles for interior decoration, laying the foundation for the disciplines of Primaw Design. After becoming associated with the Consulenti Design Milano (CDM) group, he developed designs for coordinated images (Rome airports) and product lines (Louis Vuitton, Paris).

In 1982 he started a practice of his own, directing his attention towards product design of household items and, more generally, consumer goods.

Functional innovation and strong figuration are the key features of his work with Alessi, Cassina, Driade, Fiam, Giorgetti, Ideal Standard, Manei, Tendentse, Edra, Progetti, Metals and Sintesi. He also developed important design projects with Japanese companies, including Nissan’s concept car and Crea’s logotype. He was the art director for Edra and Mazzei and was also responsible for their graphic design.

Morozzi lectured and held seminars in Amsterdam, São Paulo, Melbourne and Tokyo, and at the Domus Academy and the European Design Institute in Milan. His works are exhibited at the Museum of Modern Art in New York and the Muséé des Arts Décoratifs in Paris.