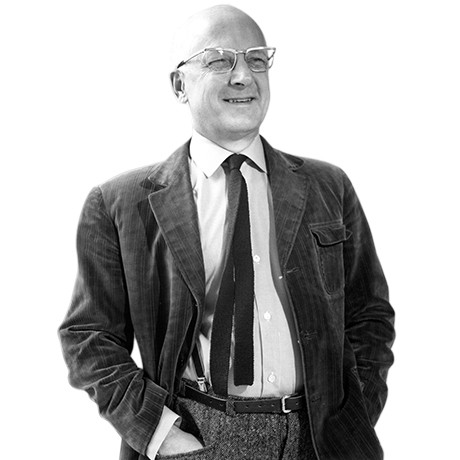 Kaj Gabriel Franck was a leading figure in 20th-century Finnish design, specializing in ceramics and glass. As the creative director of Arabia Ceramics, now part of Iittala, he, along with fellow Finns Timo Sarpaneva and Tapio Wirkkala, helped popularize the bright, warm and curvy aesthetic of Scandinavian modernism. Design Forum Finland’s Kaj Franck Design Prize, established in 1992 and awarded each year around his birthday, is among the country’s most prestigious honors for designers.

Franck was born in 1911 in the city of Vyborg, which now belongs to Russia, but was then part of the Grand Duchy of Finland. He studied furniture design at the Central School of Industrial Design in Helsinki, and after graduating in 1932, worked as a catalog illustrator for the Riihimäki glassworks, exploring the interior and textile design on the side. Having served in the Finnish armed forces during World War II, he joined Arabia in 1945 as their head of design. He remained with the company for many years, steering its line of tableware in a dynamic new direction. Franck professed an aversion to the superfluous ornament. His ceramic designs were nevertheless complex and eye-catching, animated with playful, geometric forms. One of his most famous creations for Arabia was the Origami dish from the early 1960s, a glossy-white serving piece resembling a subtly folded piece of paper with four shallow sections for holding food.

Although his Arabia ceramics became household staples for consumers in Scandinavia and beyond, Franck is better known among collectors for his glass designs, particularly those he created for Iittala starting in the late 1940s. In a 1947 Iittala-sponsored glass competition, Franck shared the top prize with Tapio Wirkkala. In 1950, he designed the company’s iconic Kartio series of pressed-glass pitchers and glasses, which came in different colors that consumers could “mix and match” rather than having to buy a homogeneous set. In 1977, Franck redesigned the series, renamed Teemaa. Franck’s designs for Iittala embodied the Finnish concept of pelkistetty, which literally means “reduced” and in the design world refers to the pared-down, minimal qualities of modernism. This principle, evidenced in objects like this elegant, unfussy set of four jewel-toned drinking glasses from the 1960s, informed Franck’s view of the manufacturing process as well. Critical of mass-production and consumerism, he was one of the country’s first professionals in his field to advocate recycling. He became known as the “conscience of Finnish design,” a role he embraced as a professor and later artistic director at University of Art and Design in Helsinki. In honor of Franck’s 100th birthday, in 2011, Iittala reissued Kartio glasses, Teema tableware and Purnukka jars, among other of his designs that retain their contemporary feel decades after their creation. 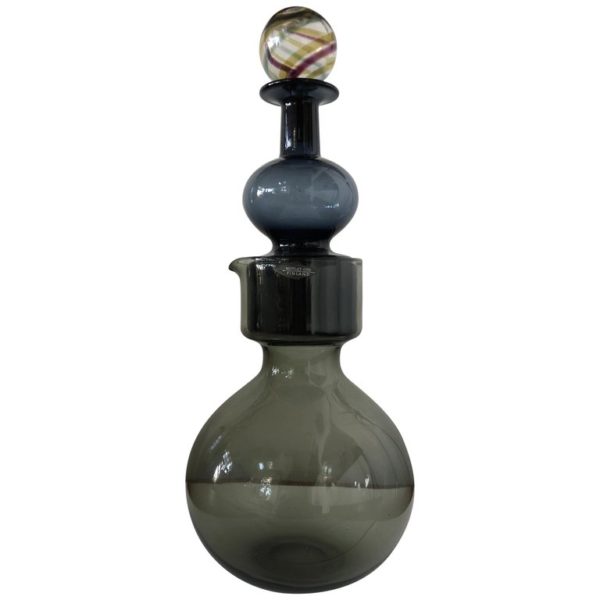 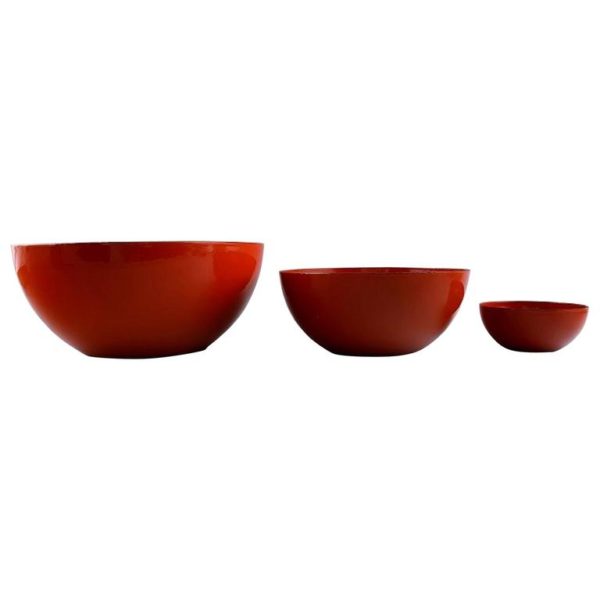 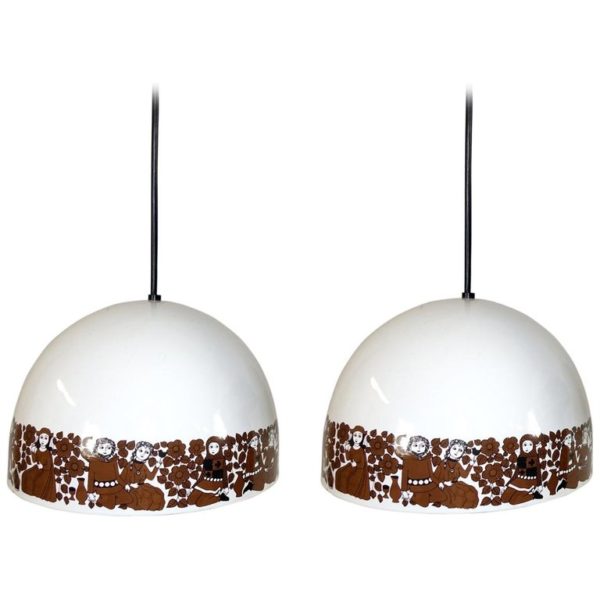