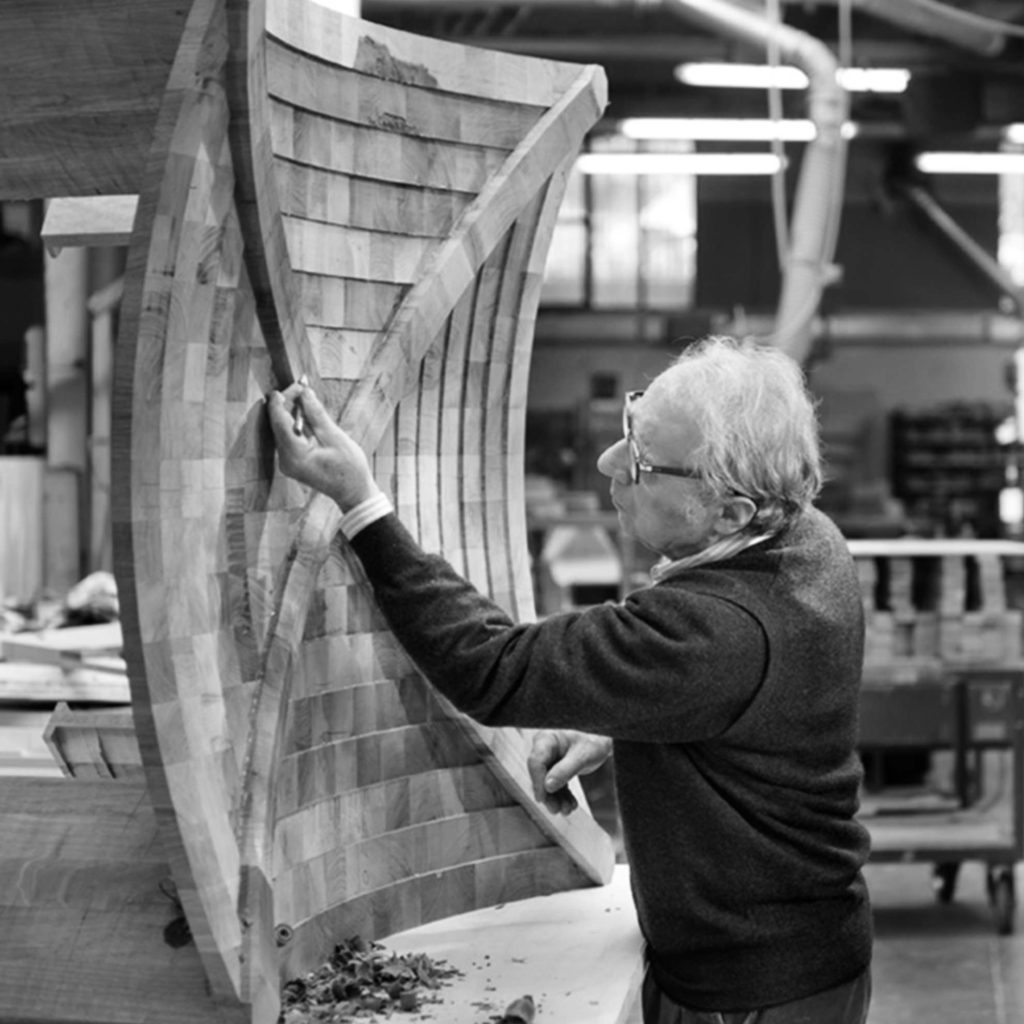 Giuseppe Rivadossi was born 8 July 1935. He is an Italian cabinetmaker and sculptor.

Having inherited an interest in art from his father Clemente, Rivadossi officially began his artistic career in the 1960s, approaching the study of wood carving, terracotta and bronze working, taking an interest in domestic space from the very beginning, which would later become one of the key themes of his entire work.

In the seventies, thanks to the attention of friends such as Francesca Amadio and important gallery owners such as Renato Cardazzo, Elio Palmisano and Alfredo Paglione, he began his exhibition season as a sculptor, which saw him exhibit at various national and international art events such as the Triennale di Milano (1974), the Biennale di Mentone (1976), the Rotonda della Besana (1980), the Palazzo del Ridotto in Cesena (1996) and the Galleria d’arte moderna Palazzo Forti in Verona (2005).