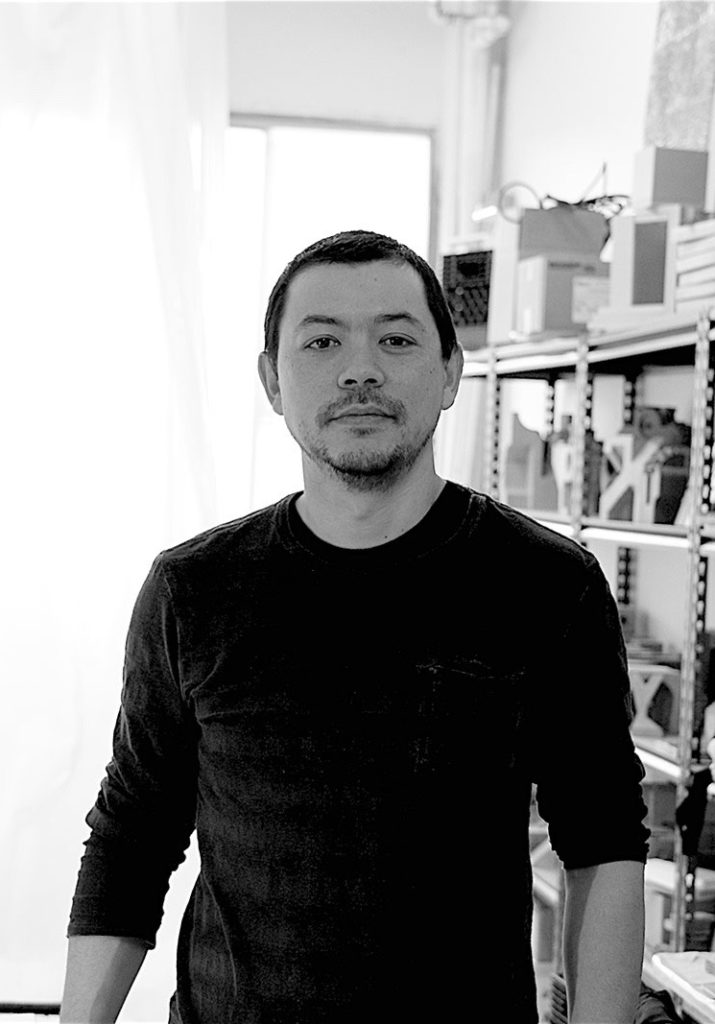 The work of David Umemoto exudes mystery, stimulates the imagination, but at the same time gives a sense of reflective discipline. In the twilight zone between sculpture and architecture, these pieces evoke the feeling of temporary buildings and monuments.

The concrete works of David Umemoto stand as studies about volume. At the juncture of sculpture and architecture, these miniature pieces evoke temporary buildings or monuments standing on far-away lands. The images conveyed in the mind by these works are numerous. They refer to the archaic and the ephemeral, despite the solidity and the modernity of the medium. Appearing before our eyes are pre-Columbian rock dwellings, god statues from the Andes or Easter Island, steles deteriorated by rain, remnants of modern cities having survived a cataclysm, fragments of Babylonian cities, colonial settlements brought down to their foundations, cenotaphs abandoned in the jungle…

After graduating in Architecture, David works for several years in established firms gaining solid practical experience. Thereafter, he opens his own consulting studio where for ten years he participates in numerous architectural competitions and collaborates on various artistic projects. He develops an interest in object creation and furniture design while refining his expertise in 3D computer graphics. In 2010, he spends a year in Indonesia, where he studies printmaking, sculpture and foundry. Upon his return, he launches the DXU collective that specializes in creating murals in aluminum and bronze. His current work stands between architecture and sculpture.