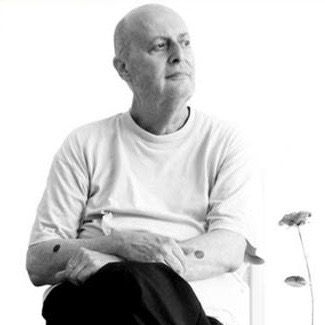 Alessandro Guerriero is one who likes to change the rules. He’s been doing it for over thirty years. At least since, in 1976, he founded Alchimia, the group of designers who gave face and ideas to the Italian post-avant-garde. If you have to blow up a pattern, bend reality or just color a thought, Guerriero never pulls back. He speaks with his own vocabulary. A vocabulary in which the adjective to put next to the word “Design” is “Romantic” (he called it that, the theory with which he looks at his job). Warrior’s works are everywhere – from the Museum of Modern Art in Tokyo to the Metropolitan Museum in New York – but his kaleidoscopic gaze has also been on the less orthodox spaces for architecture and design.

Alessandro Guerriero has reinvented magazines (as when in 1988 he published OLLO – Rivista senza Messaggio), concerts and theatres (with his scenographic projects for the Matia Bazar and the Magazzini Criminali), prisons (with the Cooperativa del Granserraglio, composed of prisoners in semi-freedom), schools (founding, in 1987, the Domus Academy and then, in 1995, the Futurarium in Ravenna, a teaching workshop where you can learn the “fading out of disciplines”). The “Compasso d’Oro” dates back to 1982. Alessandro Guerriero was president of Naba, the New Academy of Fine Arts in Milan. At the moment he is reinventing the laboratories of the Holy Family. To not leave anyone alone he launched the free school Tam Tam Tam…